Since time immemorial, most cultures and civilizations have tried to understand what happened long ago in the ancient past.

The Vikings believed that, at the very dawn of time, there was nothing in the entire cosmos other than a dark and vast emptiness, called Ginnungagap. Source: The Viking Herald

Long before modern science gave us the "Big Bang," people from Viking societies believed that their cosmos came out of a primeval void, Ginnungagap.

This was central in the Norse creation myth, and later medieval cartographers even tried to locate it.

One of the most important aspects of Norse mythology was its cosmogony foundation, how the universe of the Old Norse religion was created.

What is interesting about the Viking take on the creation of their universe was that it involved, well, a primeval void.

At the very dawn of time, there was nothing in the entire universe, nay cosmos, other than a dark and vast emptiness, a void, called Ginnungagap.

The best account of the creation of Ginnungagap comes from the first section, the Gylfagnning, of the Prose Edda, a textbook written in the 13th century CE compiled (in part) by Icelandic author and politician Snorri Sturluson.

This section deals with the creation of the Norse universe. The following description of the void shows its composition, two realms of contrasting climates:

..." Ginnungagap, the Yawning Void ... which faced toward the northern quarter, became filled with heaviness, and masses of ice and rime, and from within, drizzling rain and gusts; but the southern part of the Yawning Void was lighted by those sparks and glowing masses which flew out of Múspellheim..."

It was from the Yawning Void (as some scholars have translated it into English, whilst others prefer "Gaping Abyss" or even "Magical Power-filled Space") then that two significant Norse realms were created.

Yet these two provinces of extreme fire and ice, of light and darkness, were not the only realms found in Norse mythology.

Niflheim, the northern part of the void, was, of course, a domain that was as cold and barren as it was devoid of light and warmth, ruled eventually by the Norse goddess Hel.

The southern part, Muspellheim, was guarded by a fire giant and its warm air helped bring Ymir to life.

According to further legend and lore, the water from a series of rivers (Élivágar) ran into Ginnungagap and was frozen whilst, from the south, great volcanic ash and lava flowed.

The combination of these two elements – fire and ice- helped form the ice into what would become a humanoid giant, the first Jötunn, Ymir.

From him, not only were more giants born but also a magical space cow (Audhumbla) who, in turn, licked a salt block that produced Odin. 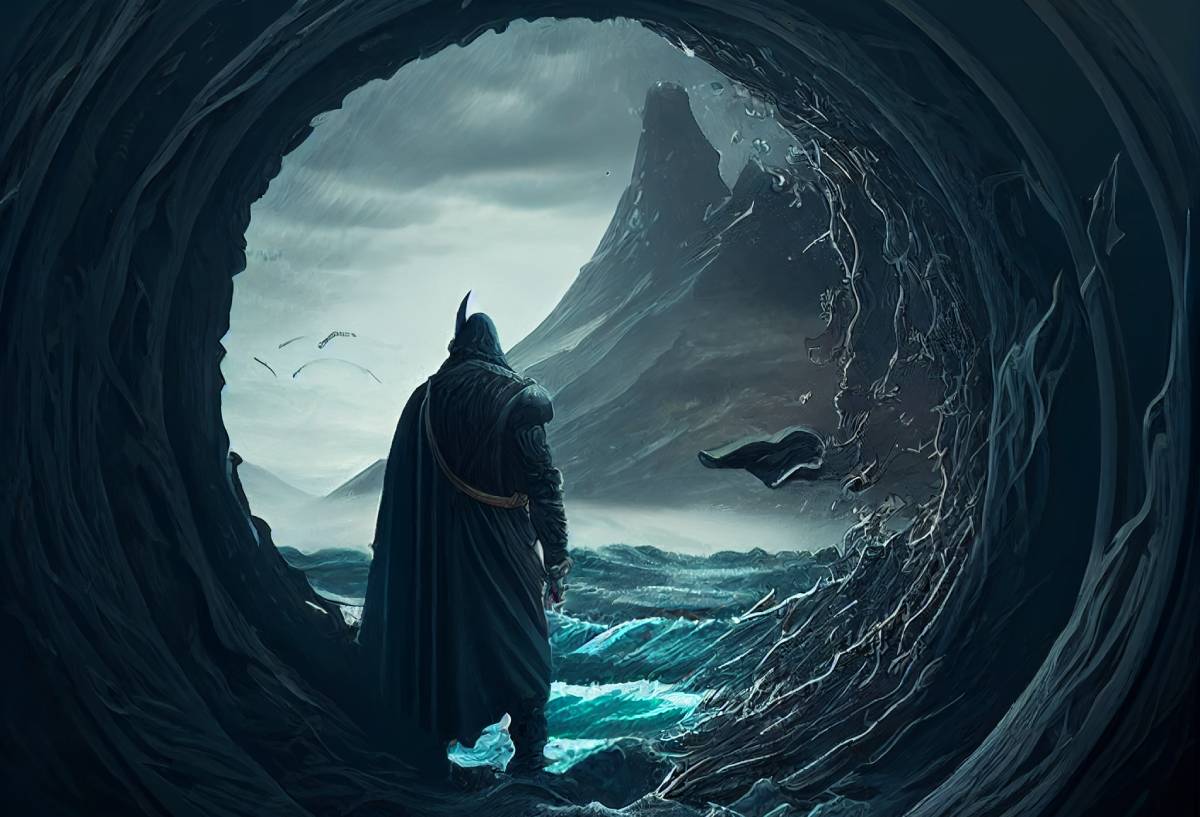 Ginnungagap was very important in both Norse mythology and cosmogony. Illustration: The Viking Herald

We can see then that, for a void, Ginnungagap seems to be action-packed and anything but empty.

Nonetheless, the fact that it is instrumental in the creation of many of the "giants" (pun intended) of Norse mythology – including Odin himself - shows just how important Ginnungagap was in both Norse mythology and cosmogony.

It should also be noted that, though we are separated by more than a millennium, current scientific thinking is that before the "Big Bang" (which created, you know, space and time, life and the universe..and, of course, much later, Vikings) there was nothing but an inflationary vacuum, a dark and cold void.

The long and slow process of the Christianization of Scandinavia took centuries to end but was completed by about the 12th century CE.

Yet the Old Norse religion (or, as some have called it, Norse paganism) had a surprisingly long afterlife during the later medieval period.

What is interesting is how ingrained Norse mythology and cosmogony were in these, by the "Late Medieval Period" (14 – 16th centuries CE), heavily Christian societies.

There is no better example of this than the case of the Scandinavian cartographers who, throughout the 15th century CE, tried to place an exact location for Ginnungagap on maps.

Now, we should be kind to those medieval cartographers; they were doing their best. They had, at best, the most rudimentary cartography equipment and scientific knowledge (most were, after all, the original #FlatEarthers).

Yet what is interesting is that these early cartographers were, from a Christian society, making maps for a Christian elite and yet trying to source the location for one of the most important elements of Norse mythology and religion.

The cartographers placed Ginnungagap anywhere from somewhere between Greenland and "Vinland," in the great "Mare Oceanum" (that famous pre-modern term for a singular Ocean that surrounded the world), to being off the far northern coast of Norway while one 17th century cartographer gave a very specific location as an island right off the southern tip of Greenland, known today as "Baffin Island."

So more than six centuries after the last Viking ship sailed or a Viking went berserk in battle, the lure of Norse mythology and the Viking world still had a powerful hold on the contemporary European imagination.

Given the recent resurgence of Norse mythology in popular culture, it appears that Mark Twain was correct when he quipped that "history does not repeat itself, but it does rhyme."

BBC History Extra has an interview with Professor Carolyne Larrington giving a detailed overview of Norse mythology, available to listen to here.

Norse mythology Norse religion Ginnungagap
Do you have a tip that you would like to share with The Viking Herald?
Feel free to reach out to discuss potential stories that may be in the public interest. You can reach us via email at hello@thevikingherald.com with the understanding that the information you provide might be used in our reporting and stories. 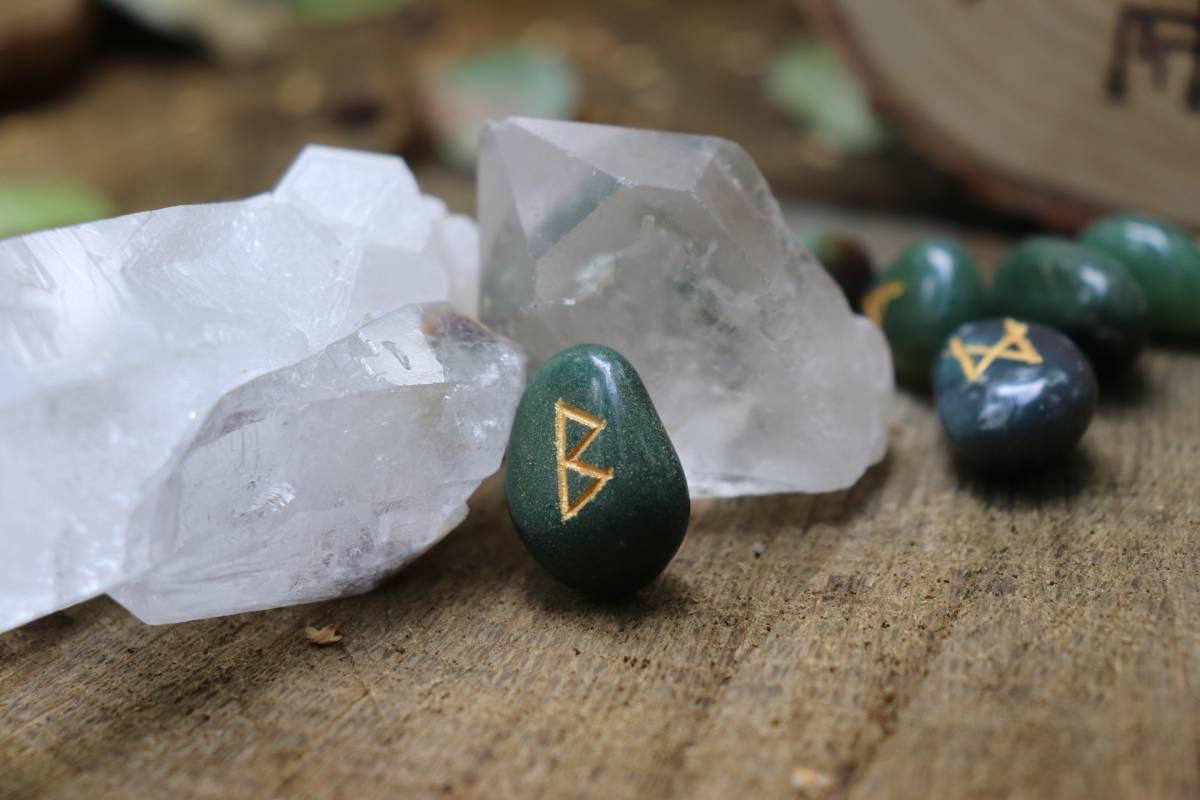