Are you a little confused about Norse mythology? You couldn't pick Freyja from Freyr, don't know the name of Odin's ravens or Thor's hammer?  Norse mythology has a plethora of interesting characters, complex sagas, and fascinating themes.

Thor attacking an army of enemies with his hammer and lightning. Source: Warm_Tail / Shutterstock

Yet as this mythology was formed over a millennium ago, mostly through an oral tradition, much of it is still shrouded in mystery. So read on to find out more about the basics of the dramatic world of Norse mythology.

Roots stretching back over a millennium…

Norse mythology has its roots stretching back deep into late antiquity. This body of myths, legends, and sagas was formed as the northernmost extension of Germanic mythology formed towards the end of the Nordic Bronze Age (c. 1250 BCE to 500 BCE) and was seen as a regional evolution of Proto-Germanic folklore.

It was during this period that Germanic peoples from Northern Europe spread across Europe and helped overwhelm the Western Roman Empire, in part, leading to its collapse. These sets of large-scale migrations – where many Germanic peoples lived a tribal life – influenced much of the themes, motifs, plots, and characters of Norse myths, legends, and sagas.

By the time the Viking raid on Lindisfarne took place in 793 CE and until the formation of the three medieval kingdoms of Denmark, Norway, and Sweden (and beyond into the early modern era), peoples living in Scandinavia developed a rich mythology consisting of gods, heroes, and various beings.

These stories and sagas – orally transmitted at first – soon began to be written down on runestones or medieval manuscripts. A wealth of Viking era art, manufactures, and crafts were also influenced by Norse mythology.

The first thing to know about Norse mythology is that it's, well, somewhat big. The realm in which we mortal humans live, Miðgarðr (Midgard), is just one of Nine worlds that include Asgard, Alfhiem, Muspelheim, Niflheim, Jotunheim, Vanaheimer, and Nidavalleir.

These worlds surround a sacred ash tree, Yggdrasil, which runs through the middle of the universe. On top of this tree is a mighty eagle whilst Nidhogg the dragon lives at the bottom and is constantly chomping on the sacred tree's roots.

In the time before instant communication, the only way these two creatures could get a message to one another was through a squirrel, Ratasok, who ran up and down the tree.

Yggdrasil is also the font of knowledge of wisdom and is a meeting place for the gods. There are two wells, with one - Mímisbrunnr (Mímir's well) - of particular note as Odin gave up his eye here to gain the well's wisdom and insight. 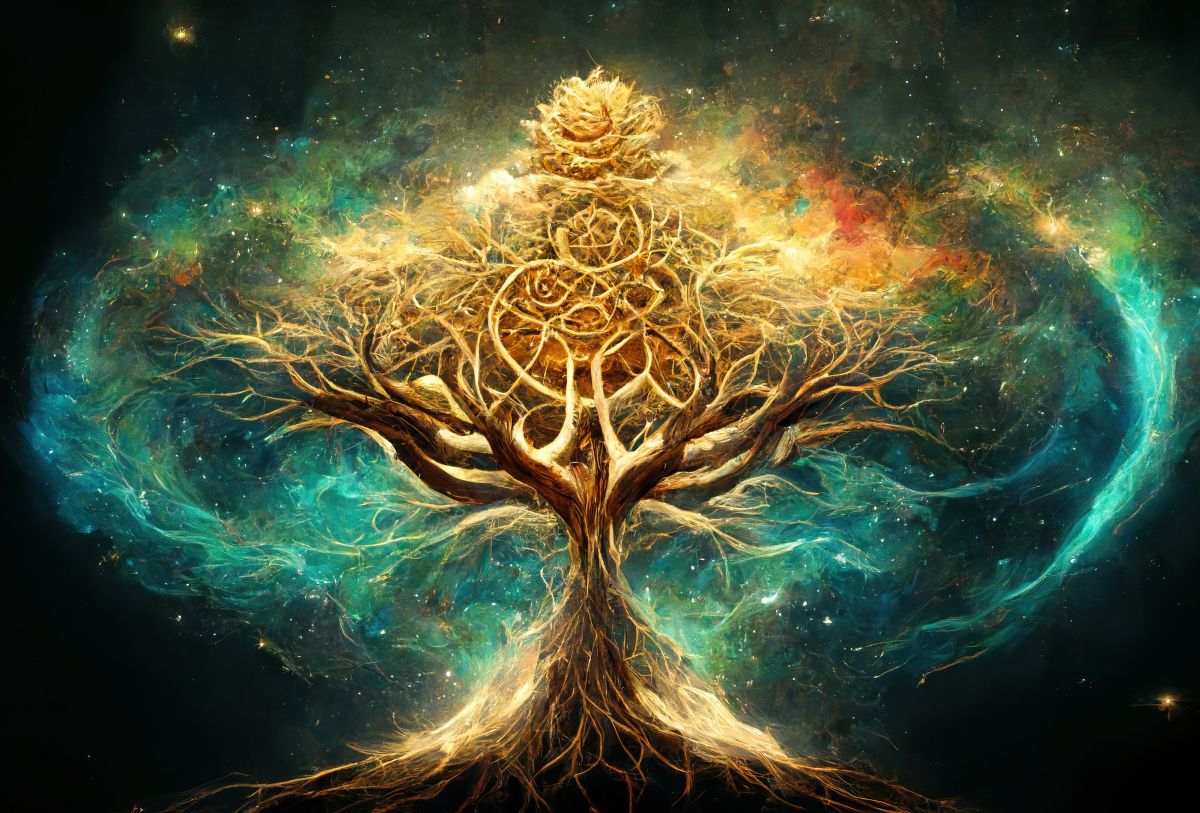 Fire, ice, and a sacred cow?

Before we go deep into everyone's favorite Marvel movie character – and all the other gods – we must take a step back. Like most myths, legends, and religions, Norse mythology has a foundational creation myth.

When heat and cold from the two realms met, they created steam. From this steam Ymir the first jötun (giant), and Audhumla, a sacred cow, were given life.

These two beings, a giant and a sacred cow, had no other company for eons. Ymir would drink the milk from Audhumla whilst the sacred cow would lick a salt block. This salt block would eventually take the form of Búri.

He would have a son, Bor, who, in turn, had three sons: Vili, Vé, and Odin. However, these three brothers were quite mischievous and ended up killing Ymir, recycling his body to create the universe and the Nine worlds.

Not surprisingly for a mythology that stemmed from Germanic peoples in late antiquity, war and conflict are an important part of Norse mythology.

The gods are divided into two groups – the Aesir and the Vanir – and were originally at war with one another until being unified.

Some of the more well-known gods from the Aesir include:

Odin: Norse mythology's "Big Daddy." A widely revered god, he is associated with knowledge, war, royalty, victory, and sorcery. Often depicted as only having one eye (remember Mímir's well?) and a long beard, armed with a spear named Gungir, and always accompanied by his furry sidekicks, wolves Geri and Freki, as well as the ravens, Huginn and Munnin. He takes part in the creation of the world as well as giving humans knowledge of the runic alphabet and poetry. He has also fathered numerous gods, including Chris Hemsworth…sorry, Thor, and is also associated with the Valkyries.

Frigg: A goddess and sometimes partner to Odin. She is associated with marriage, motherhood, and clairvoyance and lives in Fensalir - a great feasting hall in wetlands. We owe the last (and some would say the best) day of the working week – Friday (literally Frigg's Day) to her!

Thor: One thing is for certain – Thor definitely was not a tall, bronzed, and blonde-haired Australian! Though he may be a serious superstar now, thanks to the adaptation of the Marvel comic book character based on him, Thor was one of the most popular gods during the Viking era. His name derives from the Old High German word, Donar, meaning "Thunder." Thor is perhaps the most famous and powerful, son of Odin and is associated with lightning, thunder, strength, fertility, and the protection of human beings. He is also the Norse god with the best accessories – his hammer, Mjölnir, iron gloves, Járngreipr, and belt, Megingjörð. Furthermore, Thor is a bit of a ladies' man – he is the husband of the goddess, Sif, whilst also having fathered three children with three separate goddesses.

Loki: The son of a giant, Loki has a complicated depiction in Norse mythology. Whilst some sources depict him as assisting many of the gods, others cast him as a malicious influence. He can shapeshift into, amongst other things, an old woman, a salmon, a horse, and even a fly! He eventually falls out of grace with the gods by constructing a scheme to kill the god, Boldr. He is eventually put out of harm's way by being bound up by the entrails of a son of Váli. 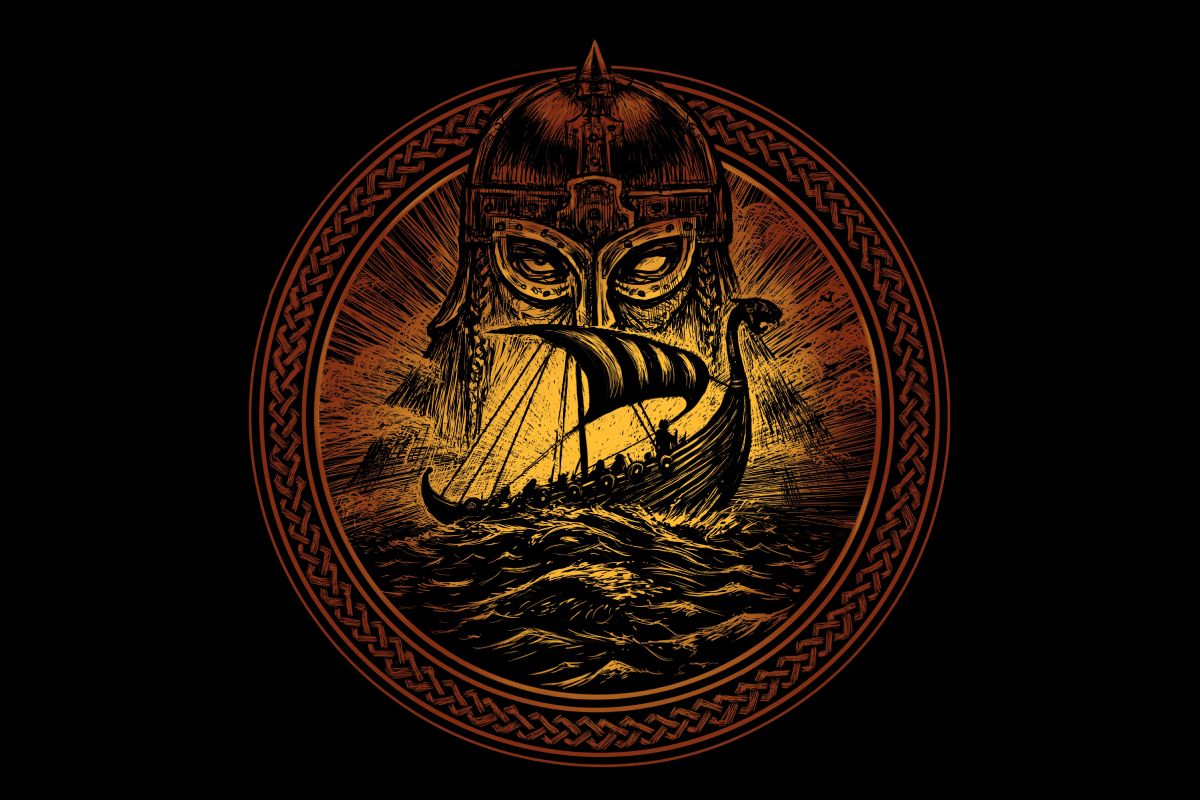 Odin was one of the key gods in Norse mythology. Photo: Barandash Karandashich / Shutterstock

Some of the more well-known gods from the Vanir include:

Njörðr: Associated most often with the sea, including wind, fishing, seafaring as well as crop fertility. He is the father of the gods, Freyr and Freyja, by his sister and was in a bad marriage to the jötunn (and goddess of skiing) Skaði. Some scholars believe he is based upon the earlier Germanic god, Nerthus.

Freyr: The old Norse word for "Lord," Freyr is often associated with royalty. He was also venerated for peace and a good harvest whilst being represented by a phallic statue at the Norse pagan temple in modern-day Uppsala, Sweden. Much of the myths surrounding Freyr deal with his love, romance, and courtship of the jötunn, Gerðr.

Freyja: The goddess associated with love, fertility, sex, gold, and the Norse practice of Seiðr (magic). She not only possesses a cloak of falcon feathers but rides a chariot pulled by two cats. Freyja rules over Fólkvangr – where half of the dead fallen in battle are taken. Many places throughout Scandinavia were named after her before the Christianization of the peninsula saw it replaced with the name of the Virgin Mary. Yet not all is lost as Norway's most famous chocolate brand is named after her.

The end of the world?

One of the more interesting events in Norse mythology (and a movie, too) is the concept of the twilight of the gods, commonly called Ragnarök. This is not the end of times and has been somewhat confused with the Christian "Day of Judgment." It is the end of the current world order but does involve some bloodshed. Odin and Thor will be slain whilst, unluckily for we mere mortals, Midgard will be destroyed with fire.

Yet, with death comes life. Following the death and destruction, some Æsir make it through the battle to live in a field in Asgard along with two survivors of the human race.

As Norse mythology has been around for more than a millennium, there are a plethora of stories, sagas, and tales to read. Perhaps the best book to read, if you are interested, is the Poetic Edda. This is the modern name for a collection of untitled anonymous Old Norse narrative poems.

Along with this, the Prose Edda, compiled by Icelandic author Snorri Sturluson in the early 13th century CE, includes a question-and-answer style introduction of the Norse gods.

Norse mythology Viking religion
Do you have a tip that you would like to share with The Viking Herald?
Feel free to reach out to discuss potential stories that may be in the public interest. You can reach us via email at hello@thevikingherald.com with the understanding that the information you provide might be used in our reporting and stories. 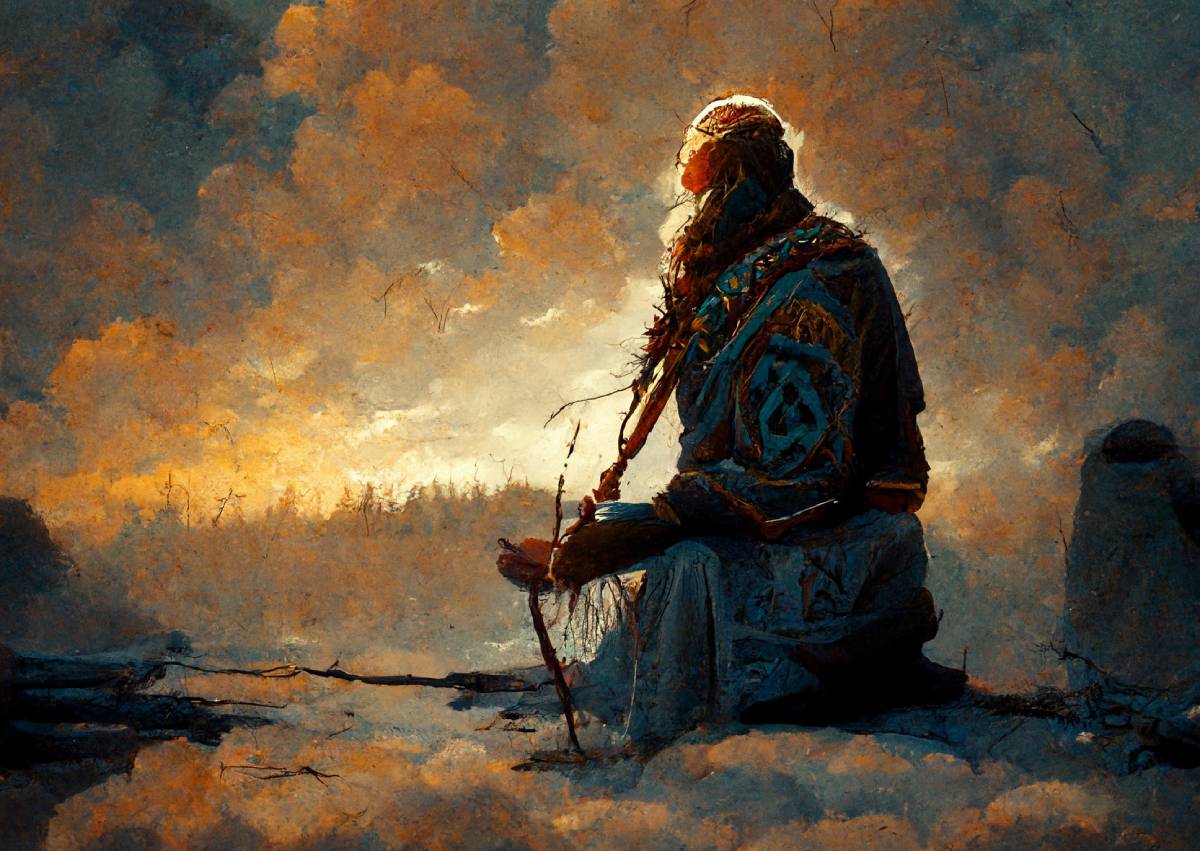 What you need to know about Viking prayers