This post includes affiliate links, and if you make a purchase after clicking on them, we will receive a commission.
The book "River Kings" by acclaimed Norwegian bioarcheologist, historian, author, and co-host of the wildly popular "Gone Medieval" podcast, Dr. Cat Jarman, is a page-turner. 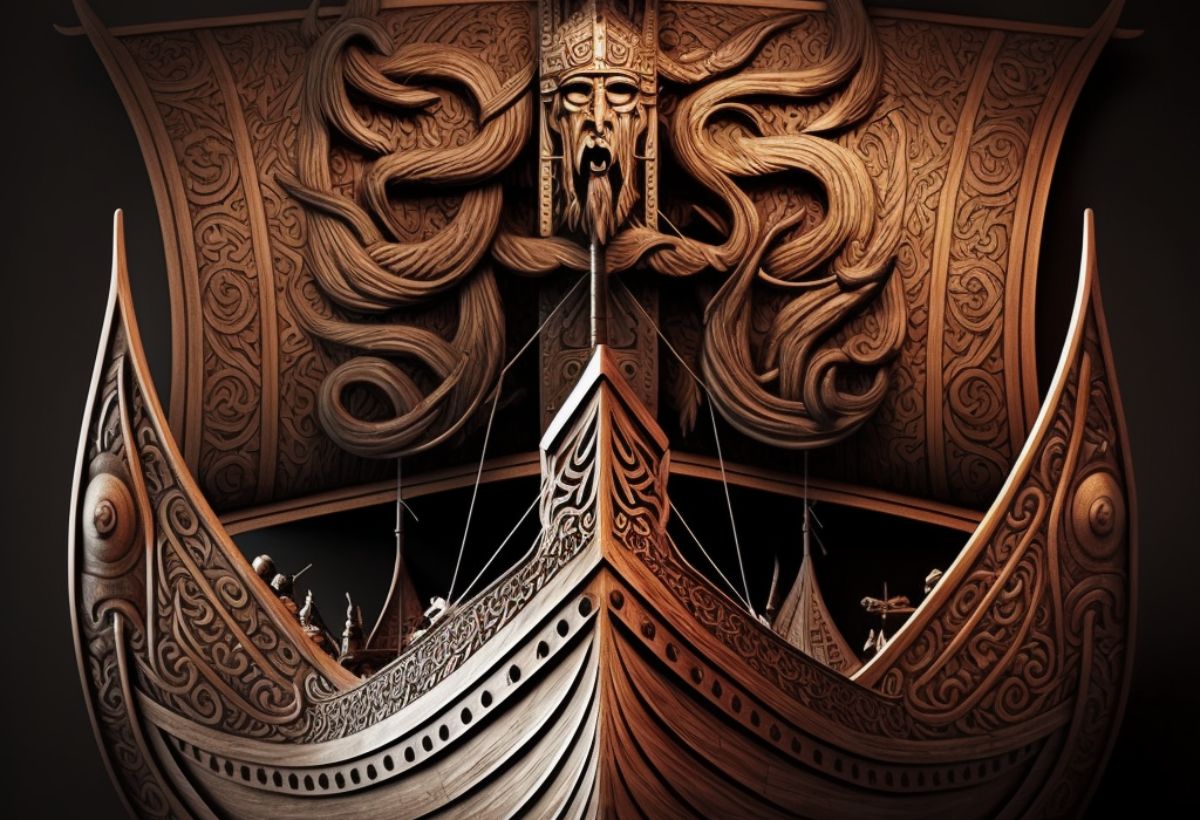 Dr. Jarman is a fine author and tells a great tale. Her attention to detail, drawing the reader in with a combination of storytelling and interesting historical facts, is second to none. Source: The Viking Herald

In River Kings - A New History of Vikings from Scandinavia to the Silk Roads, Dr. Jarman hopes to shed some new light on the interconnectedness of early medieval societies and economies and explain how global the early medieval economy truly was.

It's not often that more than a thousand-year-old bead can change how we perceive history.

However, that is exactly what happened to Dr. Cat Jarman while digging through the archives in the quiet English town of Repton, smack bang in the heart of the picturesque English Midlands.

This carnelian bead, of a brown and orange hue, used as a semi-gemstone, was discovered amongst a Viking Era grave of warriors from the "Great Heathen Army" that decimated this area of England in the late 9th century.

It is the exact origin of this bead and how and why it came to end up in a Viking grave in the middle of the English countryside that is the framework for this book.

The bead, it turns out, arrived with the Great Heathen Army via the great trading networks that connected this part of the Norse sphere of influence to, wait for it, Gujarat in far-away India.

Yes, Gujarat. The area of western India that hugs the Indian Ocean.

So what can this tiny carnelian bead of Gujarati origin tell us about the interconnectedness of the Viking world?

The rest of the book, having introduced our plucky and well-traveled tiny Gujarati bead, is dedicated to a new look at the Vikings.

The traditional assumption is that the Vikings, existing in the early medieval period, lived in a world where the Roman Empire era trade networks that connected so much of Europe to the outside world (i.e., Africa and Asia) had ceased to exist. This old assumption is smashed to pieces in River Kings.

Living and plying their daily trade in this great metropolis was a polyglot citizenry of differing cultures, ethnicities, and religions, amongst them, some Viking traders and warriors. Baghdad, of course, was on in the direction of the famous "silk roads" that connected Europe via West Asia to Central and finally East Asia.

Dr. Jarman's extensive use of new technologies and methods – using forensic techniques to analyze not just human remains but also material ones – is helping to challenge old assumptions and discover new historical facts.

Her work is helping to reshape how historians and academics think about globalization in the early medieval period.

So aside from the radiocarbon dating, River Kings is just an honestly great read. It not only won The Times of London Book of the Year for 2021 but has seen praise lavished on it by famed historians and authors like William Dalrymple and the ever-impressive Michael Wood.

It is also refreshing (though perhaps decades too late!) to see a woman tackle two educational subjections (history and science) that are, let's face it, very much still, sadly, a bit of a boy's club.

Dr. Jarman is a fine author and tells a great tale. Her attention to detail, drawing the reader in with a combination of great storytelling and interesting historical facts, is second to none.

River Kings flows about as good as those longships on the rivers of Eastern Europe a thousand years ago. A simple story of how a bead traveled from India to a Viking grave in England is full of color, excitement, interesting historical fact (and some fiction), and a riveting narrative that will keep you turning the page.

If you want to totally rethink your assumptions about the Vikings, and their involvement in early medieval trade networks that, quite literally, crisscrossed the world, then this is the book for you.

Also a special mention about the funeral orgies...but you'll have to buy the book to find out more, The Viking Herald doesn't kiss and tell…

At a time when it seems the world is pivoting eastwards towards Asia, let us remember that the Vikings did it first!

The Viking Herald's verdict: 5 Odin's ravens out of 5

You can buy the book on Amazon here.

To listen to the Gone Medieval podcast that Dr. Cat Jarman co-hosts, click here for Spotify or here for Apple Podcasts. 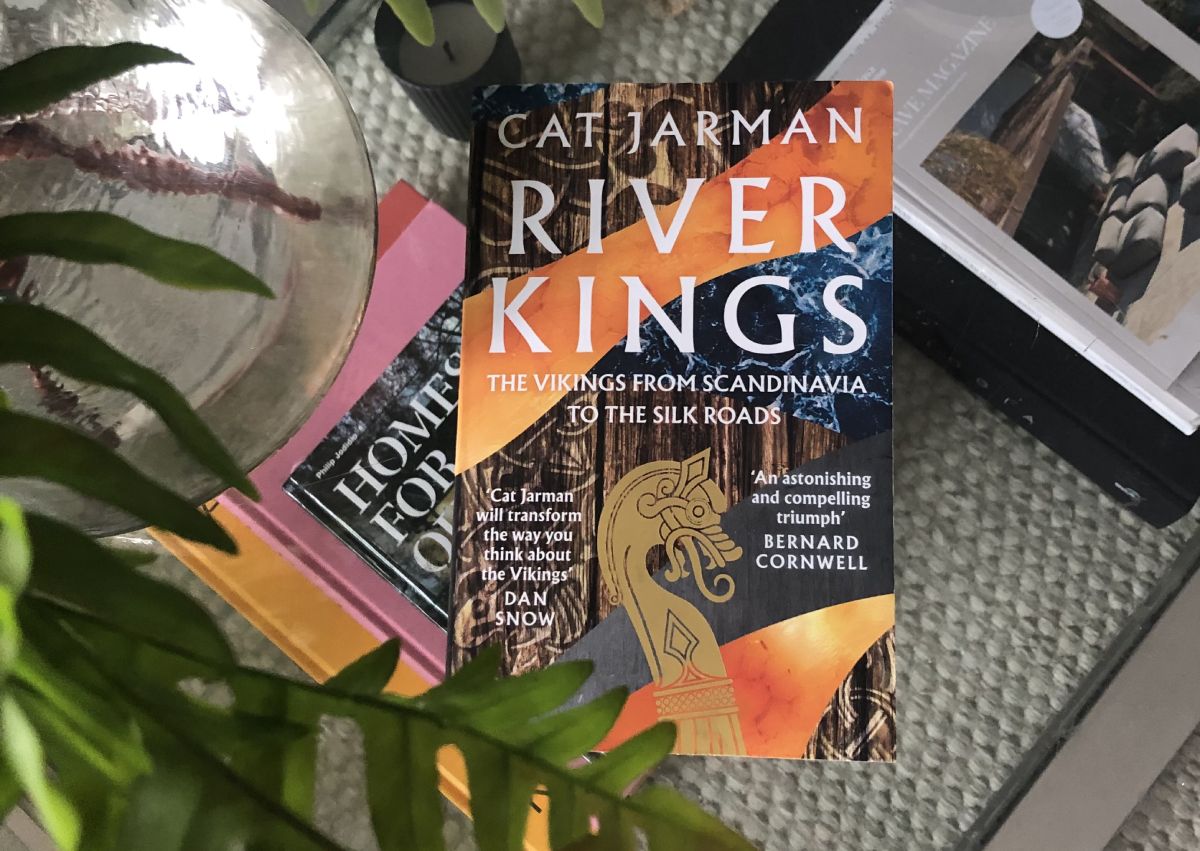 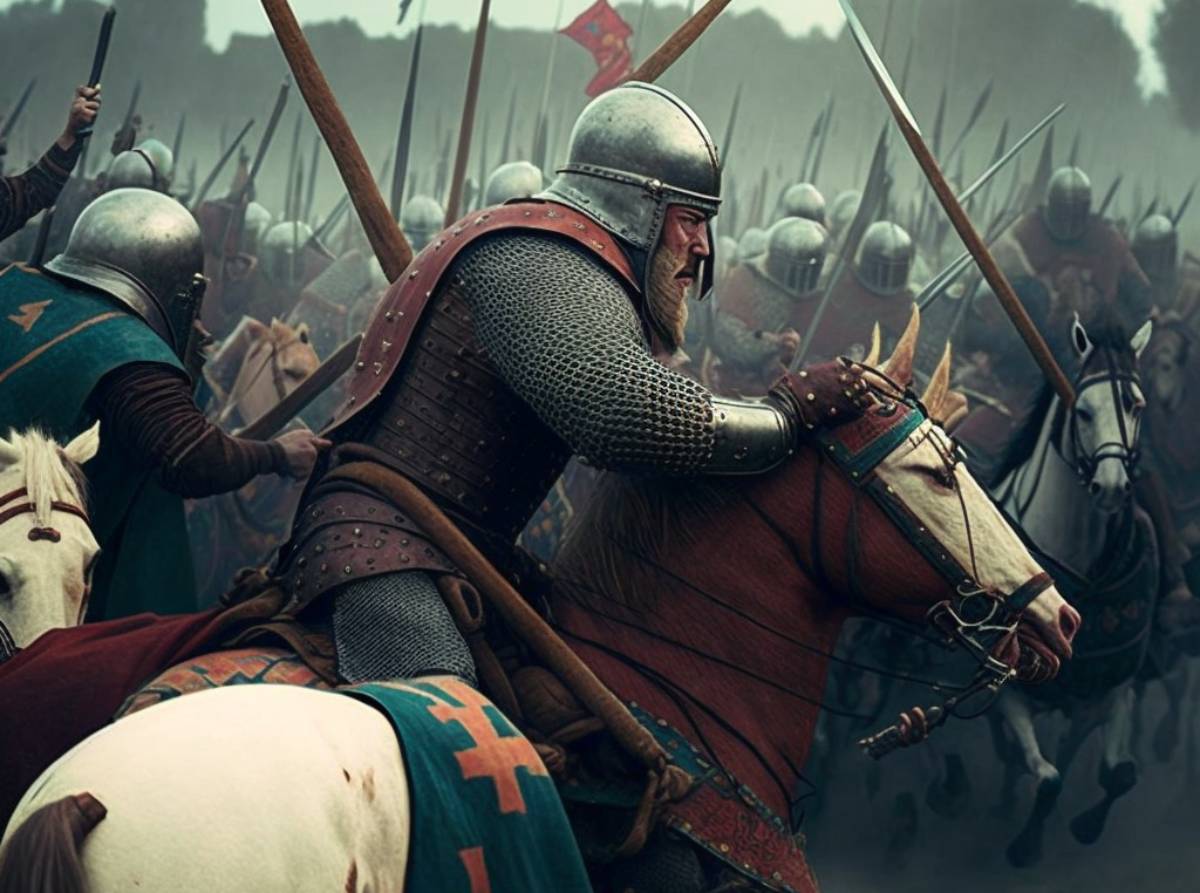 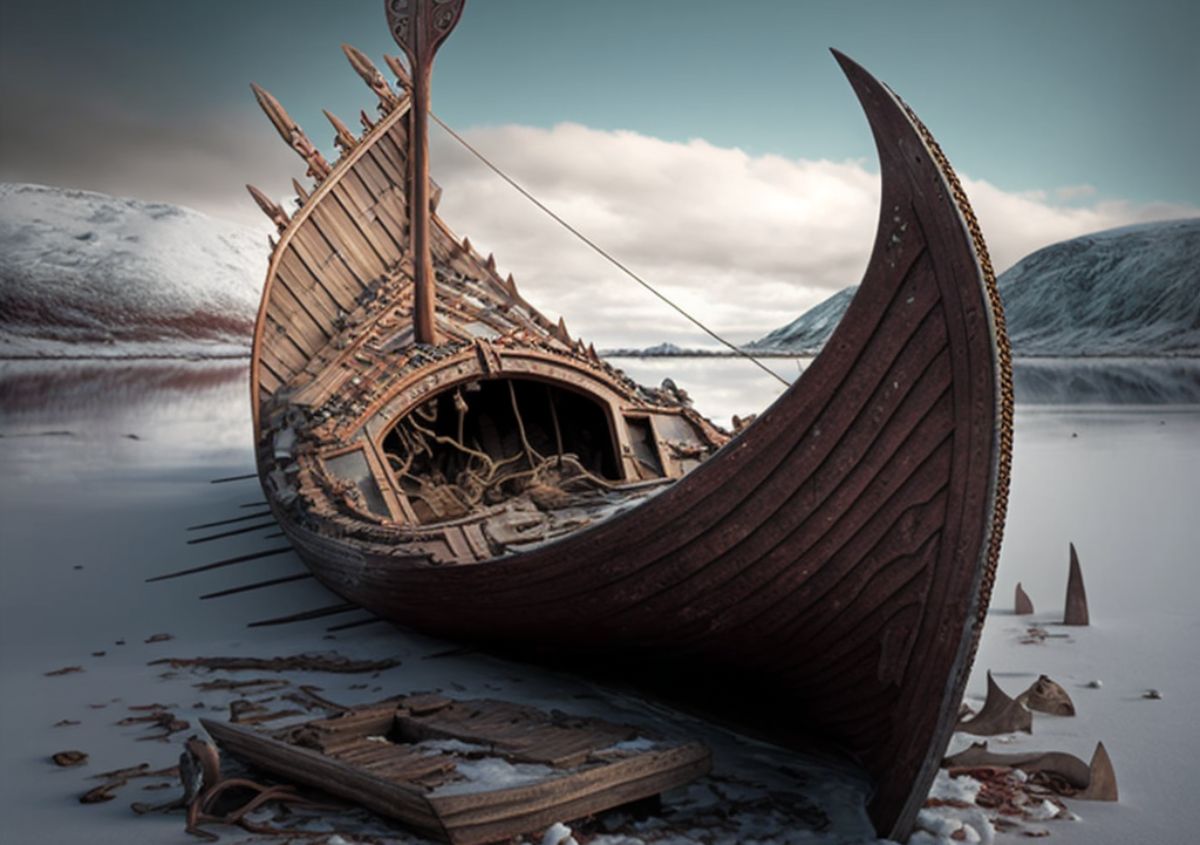 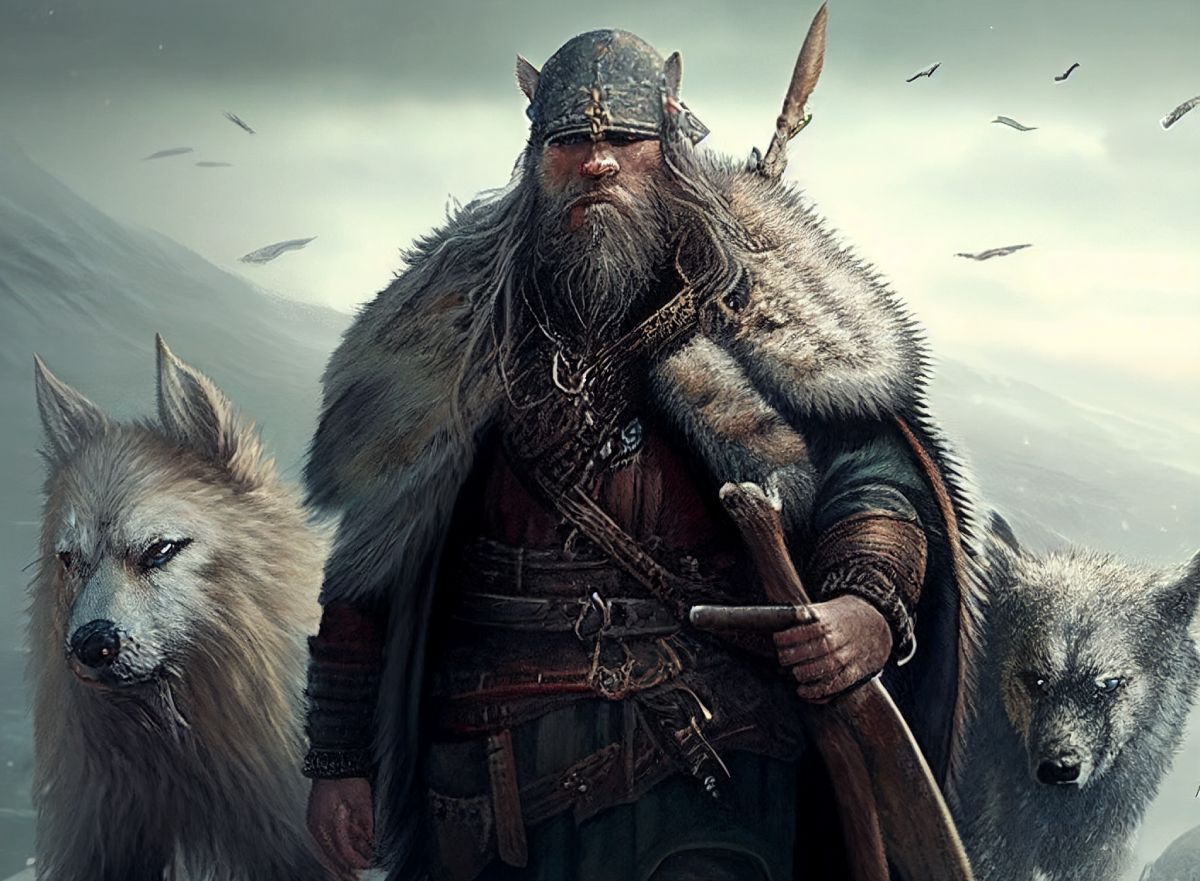