On a small farm just north of Oslo, Norway, one day in 1943, a farmer's son uncovered a Viking-era burial mound. Little did he know that the treasures beneath included the famous Gjermundbu helmet, perhaps one of the most iconic symbols of Viking military prowess and power. 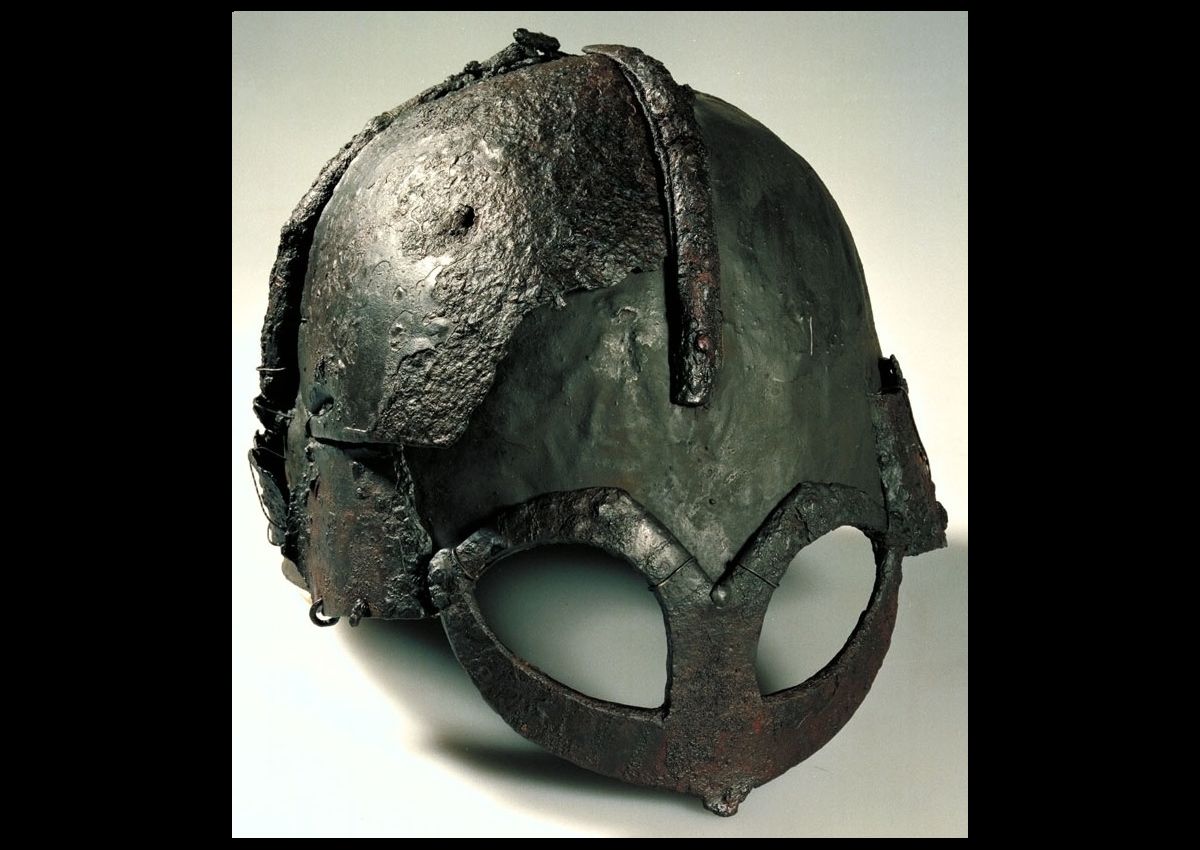 On the former large farm of Gjembru, situated in the picturesque Norwegian countryside just north of Oslo, now part of the Ringerike municipality, Gunnar Gjermundbo was planning a family home for his parents, Lars and Elise.

Ringerike Municipality, of course, plays a special part in Viking history. Not only does it lend itself to one of the six styles of Viking art, but it is also seen as the birthplace of many a proto-Norwegian king, including the father of Harald Fairhair (the first king of Norway), Halfdan the Black.

Yet it was one day, back in 1943, in the middle of the German occupation of Norway, that Gunnar Gjermundbo discovered metaphorical Viking gold.

On the afternoon of March 29, 1943, Gunnar was digging in a field near where a burial mound was believed to be. He had an intention of leveling the ground in order to plant an orchard for his parents.

Realizing the significance of his discovery, he stopped at once and told a local historian. This historian contacted the Museum of Cultural History down in Oslo, and even the local press, the Ringerikes Blad, got wind of this discovery.

What was uncovered on the farm?

The Museum of Cultural History, based in Oslo, sent two staff to assess and help excavate the discovery. What was unusual for this era was that along with the conservator Sverre Marstander, the museum assistant, Charlotte Blindheim, was sent along to investigate.

Given the unfortunate but inbuilt sexism and misogyny that existed in much of the world, even Norway, during this era, Blindheim's inclusion in such an important investigation helped women gain a toehold in the world of cultural and historical archaeology.

Over the course of the next two months, two burial mounds were found: Gjermundbu I and Gjermundbu II. Historians have dated the objects to be from the latter period of the 9th century CE, and the owner (a man) may have a connection to the Kievan Rus.

Yet the most impressive find was nine fragments of a helmet – the now world-famous, Gjermundbu helmet (Gjermundbudhjelm). 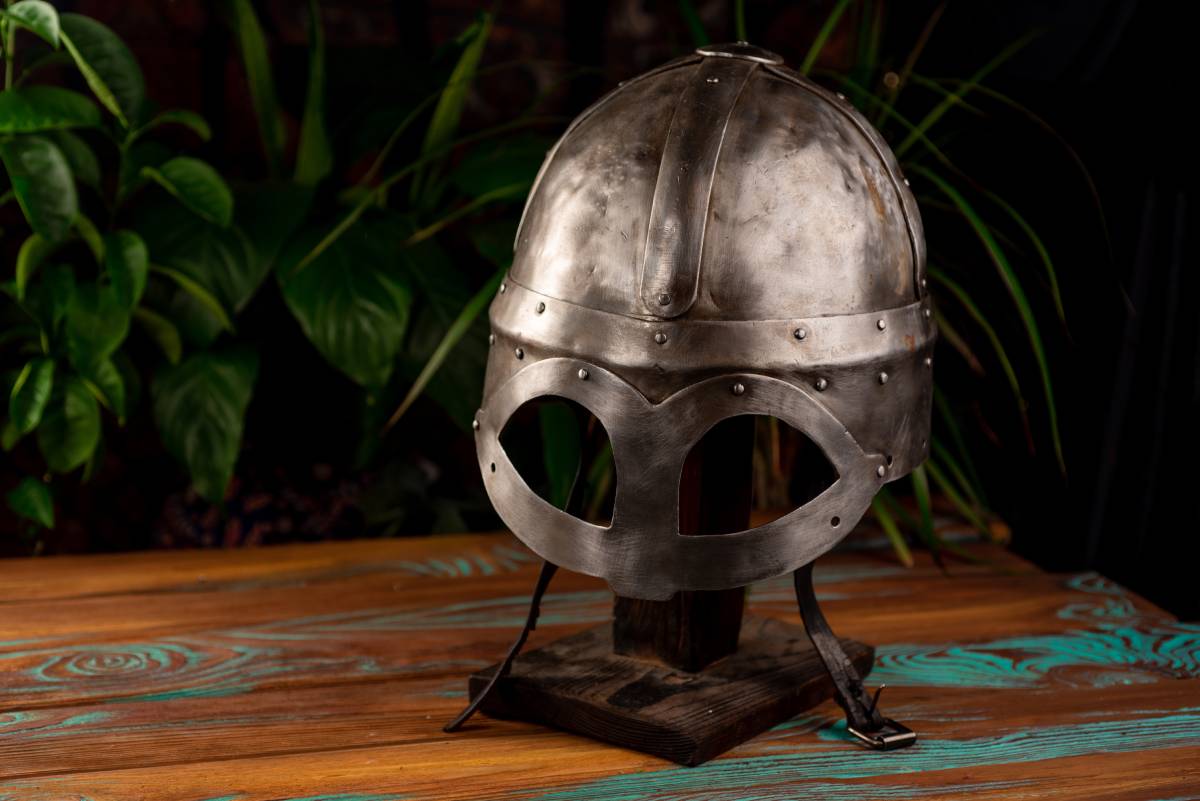 A reconstruction of the Gjermundbu Viking helmet. Photo: OlgaOzik / Shutterstock

Gjermundbudhjelm: One of a kind, the world's ONLY Viking helmet

When archaeologists from the Museum of Cultural History pieced together the nine fragments of the helmet unearthed on the farm north of Oslo, they instantly realized how important this discovery was.

Despite all the popular images of Viking warriors leaping out of longships with helmets on, the fact remains that up until today, the Gjermundbudhjelm remains the only Viking helmet discovered.

Whoever the man was that was buried with it must have not only been very wealthy to afford such an expensive piece of armor but surely must have been part of the Viking-era political elite of this area.

The helmet itself is striking in its appearance. It offers protection for not only the head - with metal frames not unlike frames for glasses – but also the neck with metal plates at the back of the helmet.

Historians believe the helmet would have been worn with a soft layer of wool or leather underneath for comfort and safety to help absorb the shock of any hits to the head.

There is no doubt that such a piece of art, such an expensive piece of armor, would have been buried with the owner in order for him to wear it into the afterlife, into the Norse "Realm of the Dead," Niflheim.

More modern research into the identity of this warrior, buried with such an elaborate and beautiful helmet, has seen him labeled as one of the richest men in the Viking Age (c. 793 – 1066 CE.)

The quality of the material uncovered meant that this man had enormous wealth and, perhaps, influence. His influence, however, seems to have spread further than this area of modern Norway.

Although the Gjermundbudhjelm is unique in Scandinavia, there is evidence that some of the armor discovered, along with the helmet, as well as the helmet itself, match discoveries made in what was then the Kievan Rus – nowadays incorporating the modern-day states of Belarus, Russia, and Ukraine.

Burial mounds and artifacts discovered in graves from this area match the artifacts unearthed on the farm near Smeden, north of Oslo.

The Kievan Rus, of course, has a long history associated with Scandinavia as Norse warriors, according to both Norse and Russian sagas, helped establish it during the 8th century CE.

Had this warrior, buried half a world way in rural Norway, entered military service, traveled, or seen military action in the Kievan Rus earlier in life?

Like so much of the Viking Age itself, we are offered brief glimpses of history, but much is buried, like the Gjermundbudhjelm itself once was, underneath the sands of time.

Science Norway has published an article on the more recent analysis of the identity of the owner of the Gjermundbudhjelm, available to read here.

Viking artifacts Gjermundbu helmet Gjermundbu find
Do you have a tip that you would like to share with The Viking Herald?
Feel free to reach out to discuss potential stories that may be in the public interest. You can reach us via email at hello@thevikingherald.com with the understanding that the information you provide might be used in our reporting and stories. 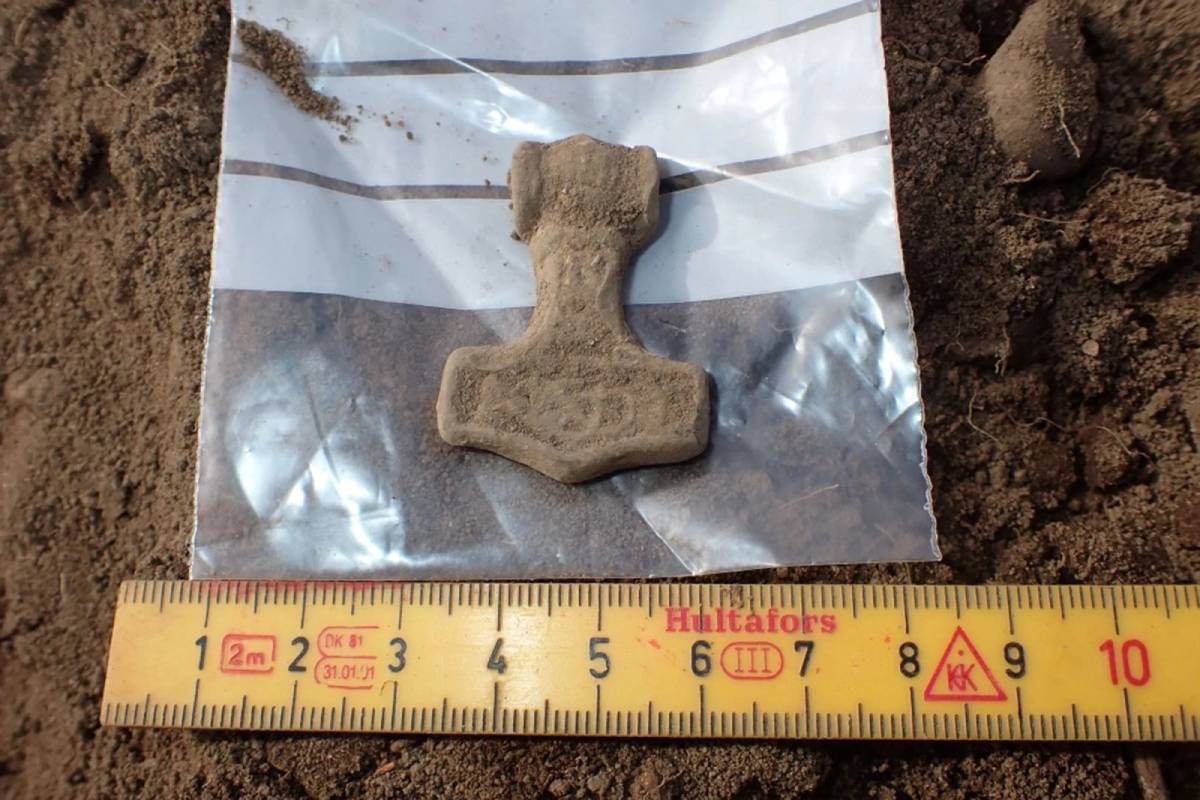 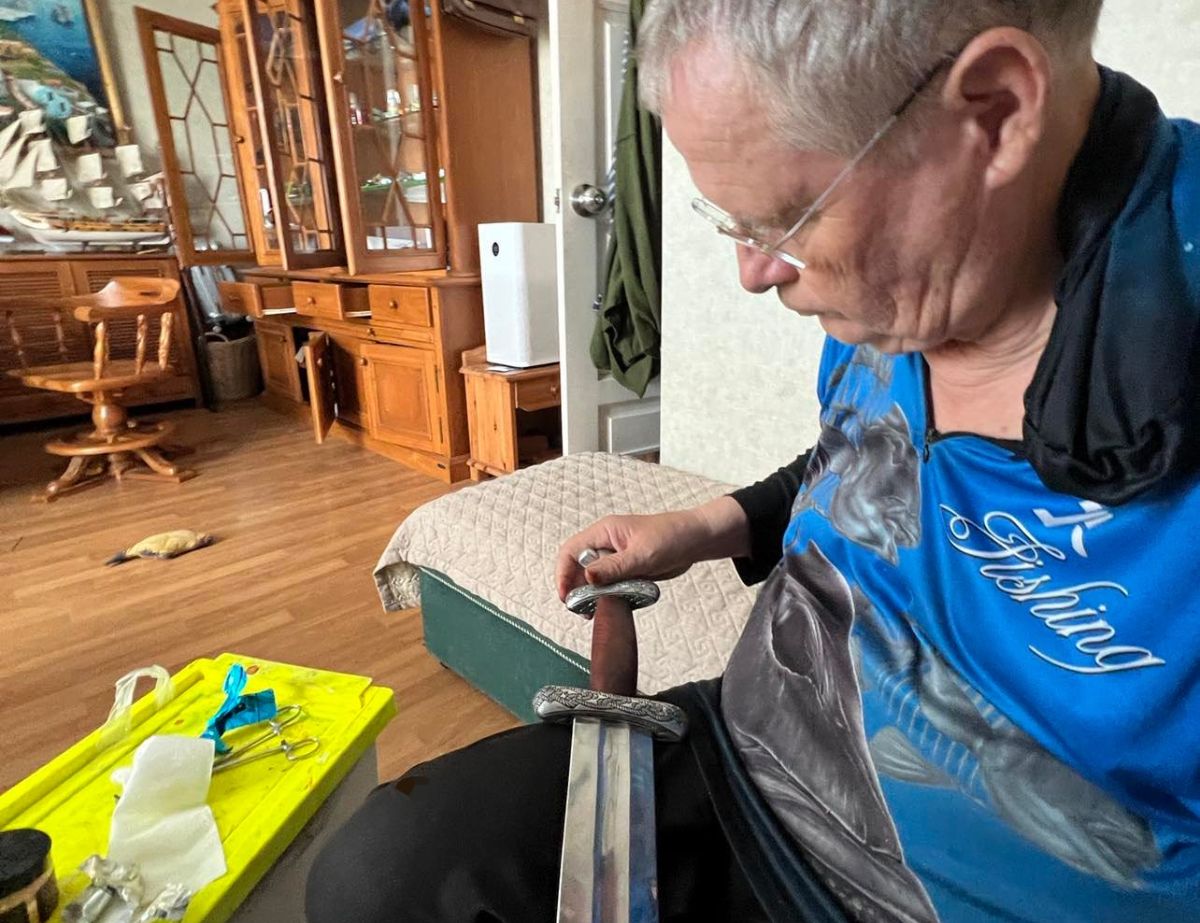 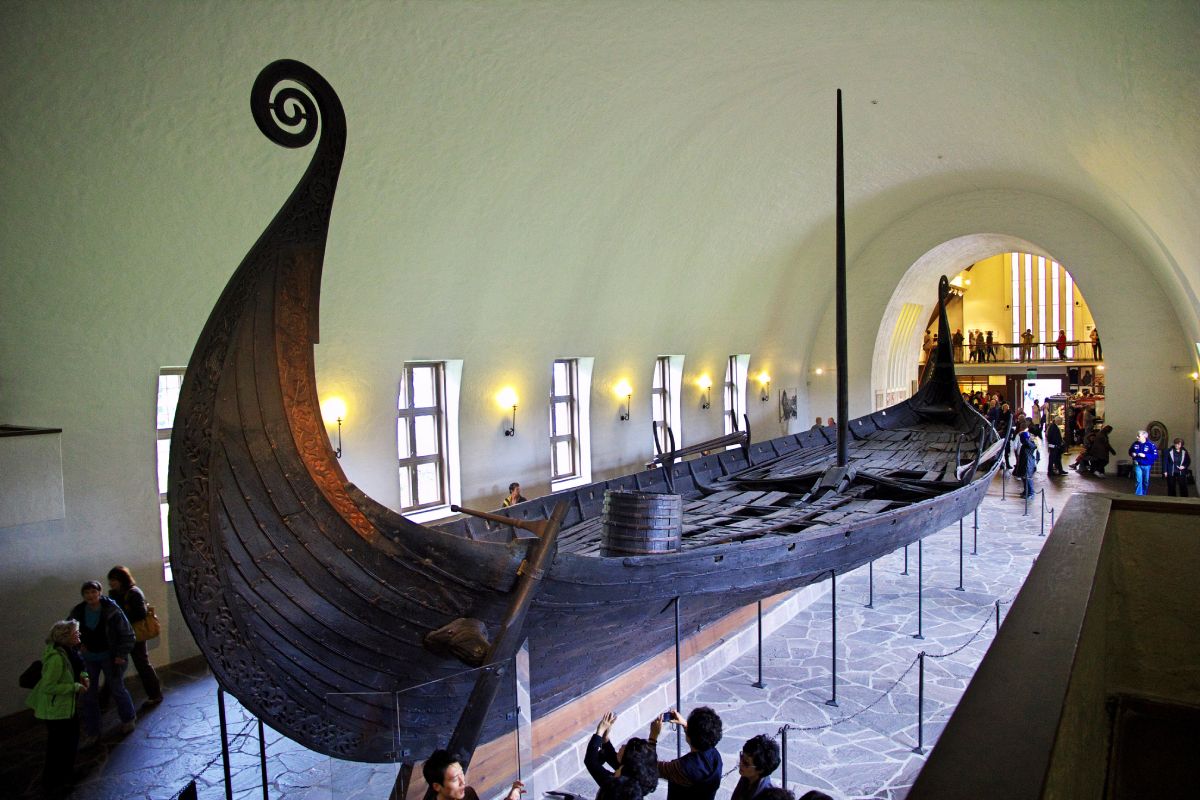 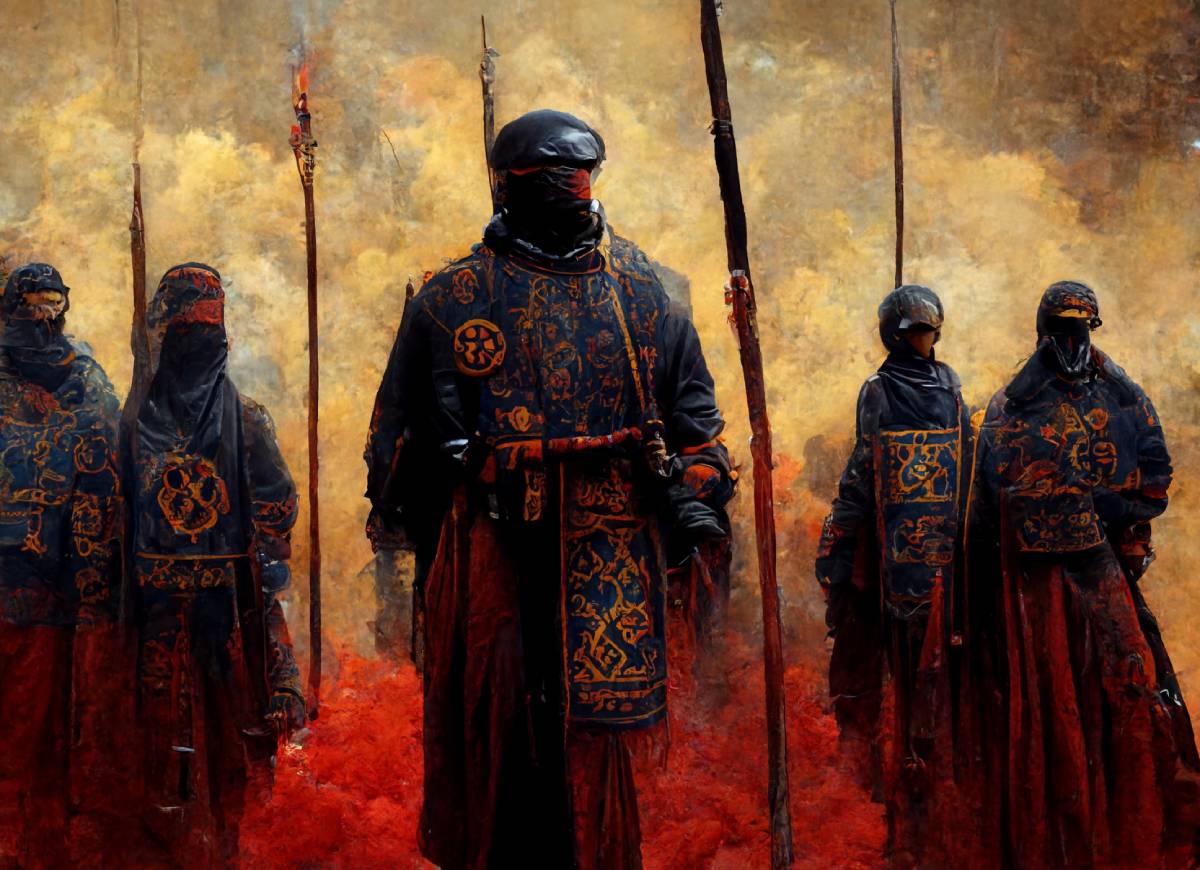