Who was Olaf II Haraldsson, Norway’s famous Saint and King? 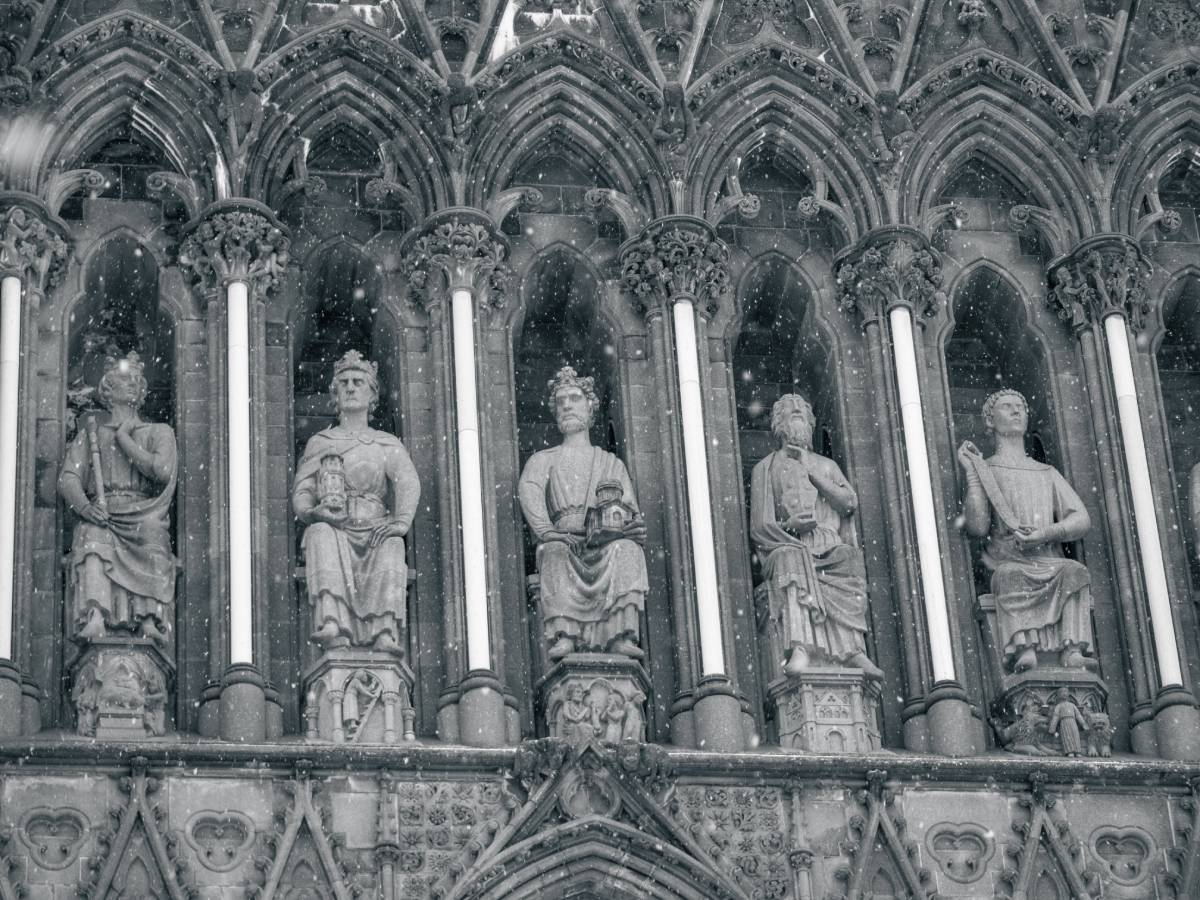 Much of the life of Olaf II Haraldsson is steeped in a mixture of lore, legend, and long tales. Source: robin mikalsen / Unsplash

However, the life of King Olaf II Haraldsson is far more unholy and interesting than the legends and myths surrounding Norway’s patron saint king.

Born in a realm full of legend

The man that is now the national saint of Norway was born Ólafr Haradlsson in the traditional district of Ringerike. Though a modern municipality is named after it, the traditional district of Ringerike possessed a far large area. The historic area centers on the north / north-western shores of Lake Tyrifjord in southeastern Norway, approximately 40 kilometers from Oslo.

This area is already steeped in Norse mythology as the place where Halfdan the Black subdued Gandalf, King of Alfhiem, according to the Orkney Sagas.

It was in this picturesque location that Haraldsson was born around 960 CE, the son of Åsta Gudbrandsdatter and Harald Grenske, a minor royal in Vestfold. His father could trace his ancestry back to Harald Fairhair, the famous first unifier of Norway.

Formative years recounted in the Heimskringla

Much of the life of Olaf II Haraldsson is steeped in a mixture of lore, legend, and long tales. Perhaps the best-known account of his life comes from the Heimskringla, written by Icelandic poet Snorri Sturluson sometime in the 1230s CE. As the recounting of Olaf’s life was written here, by Sturlson, more than three centuries after his birth, much of the stories here should be read with caution and a sense of skepticism. However, it does give a fun overview of the formative years of Haraldsson.

According to Sturluson, in 1008 CE, towards the end of the so-called Viking Age, Haraldsson landed on an island in the Baltic Sea, off the coast of what is now Estonia. He then headed across to the "Danelaw" area of England to participate in the Siege of Canterbury with fellow countryman, Thorkell the Tall.

According to further legend, Haraldsson may have taken part in restoring the English throne to aptly named Æthelred the Unready. Haraldsson was said to have helped the sons of the deposed king and was pivotal in driving the Danes, once and for all, out of England. This period of English and Scandinavian history is brilliantly portrayed in the popular Netflix series "The Lost Kingdom."

Baptism and the unification of Norway

Haraldsson then cast his eyes across the North Sea to his native Norway. Inspired by his supposed ancestor, Harald Fairhair, he wanted to unite the petty kingdoms of Norway under one strong and unified crown.

On the way from England to Norway, he sailed across the English Channel to winter in Normandy, the spiritual homeland of the Normans. Like Haraldsson, the Normans possessed a common cultural heritage (the Vikings), but during this age, the Normans were blazing a path of glory across much of Europe, from Catania to Constantinople. During his stop in Normandy, he was said to have been baptized at the Notre-Dame Cathedral in Rouen by no less than the Bishop of Normandy, Robert the Dane.

Haraldsson then headed to Norway and soon won the support of petty kings in middle Norway to declare himself King. The Battle of Nesjar in 1016 saw Haraldsson defeat the powerful Earl Sweyn, who had control over much of middle and northern Norway.

The next few years saw him lead a raid on Denmark, maintain Norwegian control of the Orkney islands, and consolidate power throughout southern Norway. By 1019 Haraldsson had taken a wife, Astrid Olofsdotter. 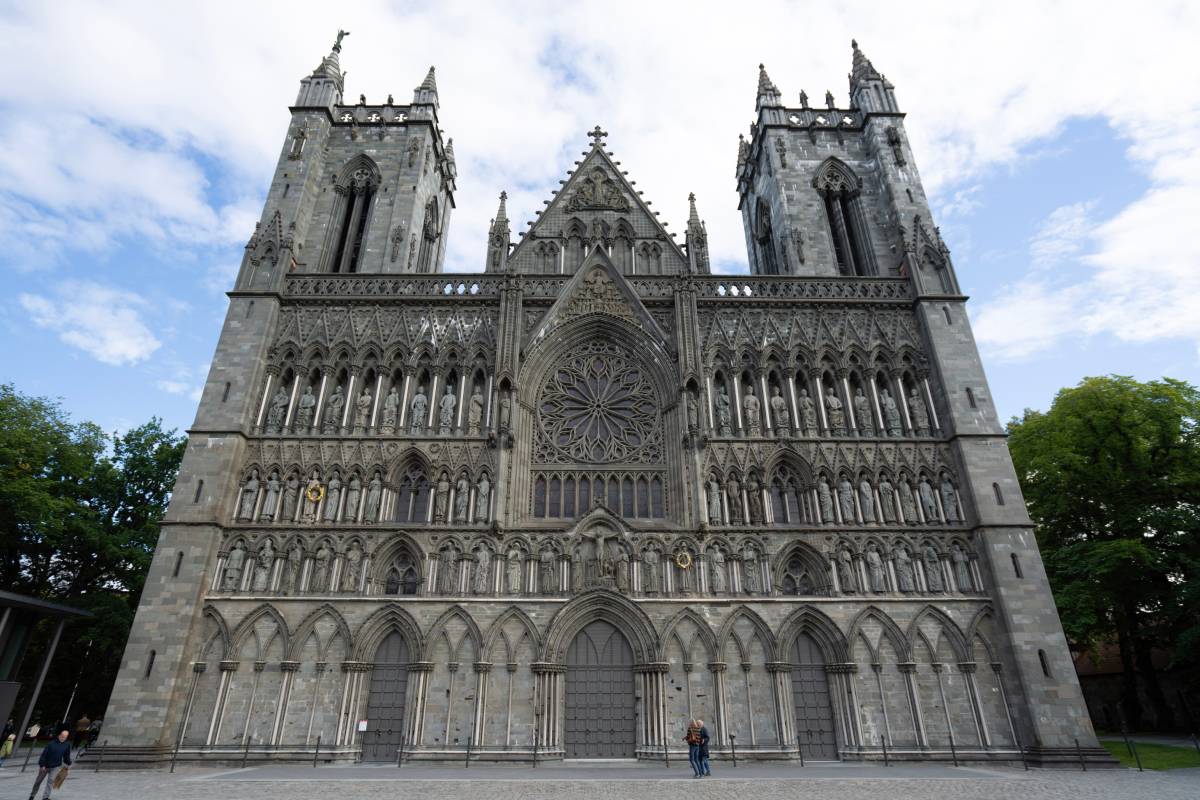 Norway got its first bishopric at Nidaros in 1152 CE. Illustration: Datingjungle / Unsplash

How pivotal was Haraldsson to the introduction of Christianity to Norway?

Following Haraldsson’s conversion in Normandy, legend and lore have it that he, more or less, singlehanded was responsible for the promotion and eventual adoption of the Christian faith by huge swathes of Norway. Much of Norway had been practicing pagan religions and beliefs, and the common narrative is that Haraldsson’s baptism in Normandy, and his subsequent seizing of power throughout Norway, led to Christianity becoming commonplace.

However, the historical record proves otherwise. The coastal communities, especially in southern and western Norway, had some experience with Christianity for years, thanks to missionaries.

By the time Haraldsson assumed control of Norway, Christianity was mainly confined to coastal regions. What is true, however, is that with Haraldsson’s many wars in central and southern Norway, he helped spread the Christian faith to these areas.

Haraldsson had, according to legend, brought with him an English clergyman, Grimkell, who went about organizing the structure of the Christian faith in Norway. However, it was not until 1152 CE that Norway got its first bishopric at Nidaros, and most scholars agree that it was a gentle process of assimilation that spread Christianity throughout Norway.

Haraldsson’s rule over unified Norway did not last long. An expedition to Sweden in 1026 CE led to the Battle of Helgeå, fought between a joint Anglo-Danish force and Haraldsson’s men. This loss led to discontent amongst Norwegian nobles, and they then threw their weight behind Cnut, who seized power. Haraldsson was forced to flee the then borders of Europe, the Kievan Rus. According to legend, he was also instrumental in baptizing locals and proselytizing the Christian faith here too.

Already ensconced on the throne of England, Cnut’s reign in Norway was through a regent, Håkon Eiriksson. However, when Eiriksson drowned on a voyage back from England, Haraldsson took this opportunity to invade and try and win back the throne. With the support of the Swedish king, Anund Jacob, Haraldsson trekked across the mountains of central Sweden to try and take the Norwegian capital of the time, Nidaros.

Haraldsson eventually died during the Battle of Stiklestad sometime in late July 1030 CE. The battle is one of the most famous in Norwegian history due to the treachery of Haraldsson’s men. Tradition has it that some of his own forces, warriors from central and southern Norway who were still bitter at his brutal subjugation years before, changed sides and took up arms with Cnut the Great’s forces.

Haraldsson's younger half-brother, Harald Hardrada, was also believed to have taken part in the battle. Hardrada would, in 1047 CE, become King of Norway though he ultimately met his end at the Battle of Stamford Bridge in 1066 CE.

For a medieval king who died almost a millennium ago, there is very much a cult of Olaf II Haraldsson thriving in modern Norway.

Shortly after his death, his body was interred at Nidaros Cathedral, and his beatification was begun by his old mate, Grimkell. During the reign of Pope Alexander II, more than a century after Haraldsson’s death, he was eventually canonized and given the title Rex Perpetuus Norvegiae (Eteneral King of Norway).

His body was entombed in three elaborate and bejeweled cases (Olavsskrinet) on the altar at Nidaros Cathedral. Trekking to Nidaros Cathedral to visit the shrine soon became one of the most important pilgrimages in Northern Europe. However, the shrine was eventually destroyed during the Reformation, and the whereabouts of Haraldsson’s body are still unknown.

Still very much a part of Norwegian culture today

Following his sainthood, he soon became the patron saint of Norway, and all sorts of legends became attached to him. He was said to have healing powers which only increased pilgrimages to his shrine throughout the medieval and early modern period. He also took on some of the traditions associated with earlier Norse gods, Thor and Freya, and became a symbol of fertility. He was soon adopted as the patron saint of sailors, merchants, and farmers for this reason.

Outside of Norway, he is remembered as the unofficial patron saint of Normandy. The Norwegian Church in London is named after him, and the biggest summer festival in the Faroe Islands is celebrated annually on the day he died, July 29.

Within Norway, Oslo’s main Catholic Church is named after him, as is the Royal Norwegian Order of St. Olav. This is the highest award of chivalry in Norway and is awarded to those who have made remarkable accomplishments on behalf of Norway and/or humanity. The national coat of arms, a lion holding an ax, is a symbol of Norway’s saint king.

Saint Olaf Olaf II Haraldsson
Do you have a tip that you would like to share with The Viking Herald?
Feel free to reach out to discuss potential stories that may be in the public interest. You can reach us via email at hello@thevikingherald.com with the understanding that the information you provide might be used in our reporting and stories. 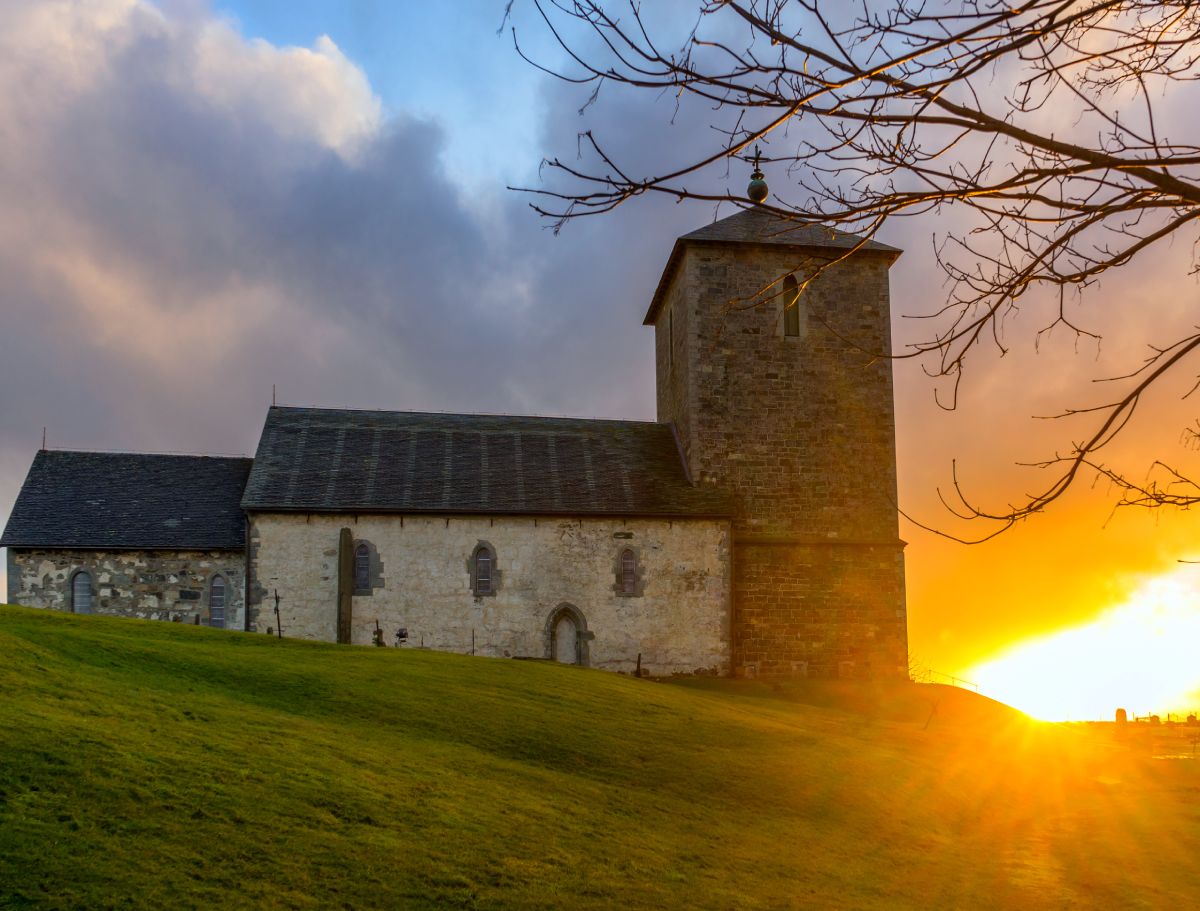 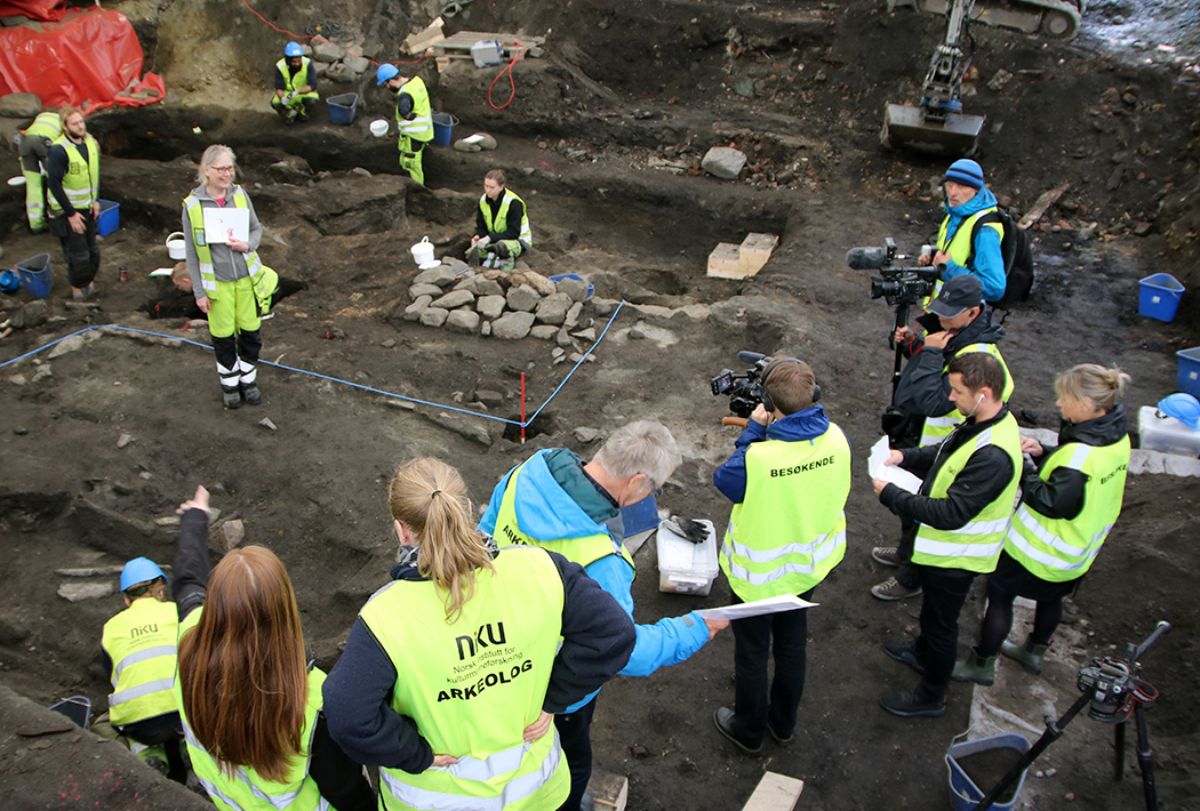 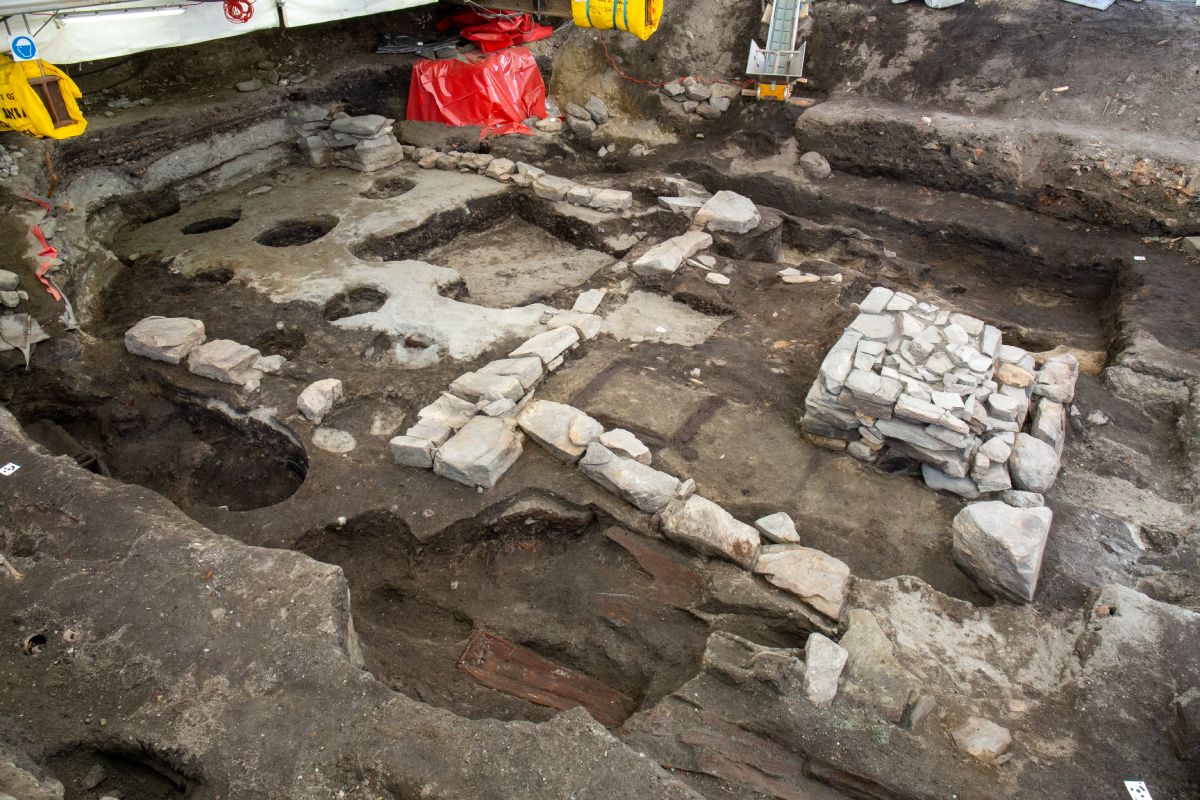