Raiding the silver screen: These are some of the best Viking movies ever made

Hollywood has had a long fascination with Vikings, and some of the best period movies are set in the so-called "Viking Age." 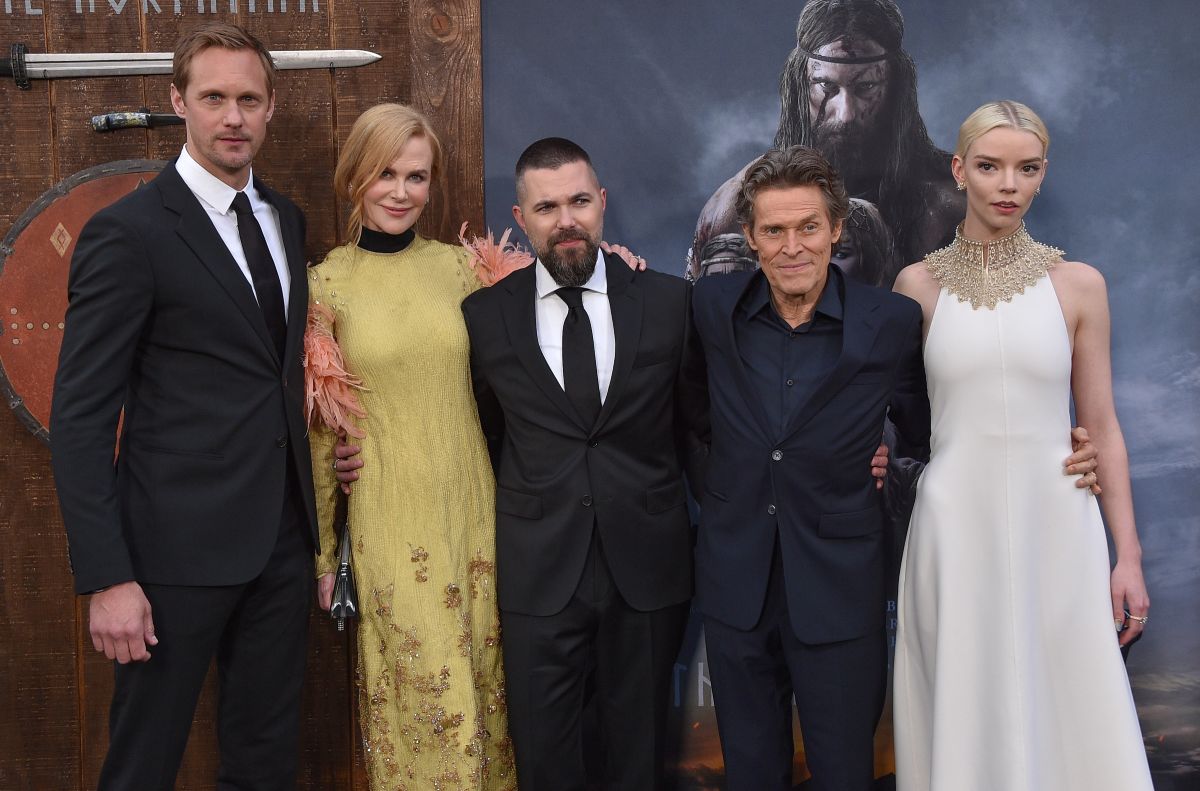 Here is the list of some of our favorite Viking movies. Source: DFree / Shutterstock

Despite the recent popularity of Viking-related shows on the smaller screen, like Vikings, Vikings: Valhalla, and The Last Kingdom, the Age of Vikings has been a popular and recurring period for movies since the 1950s. We look at some of the best.

Despite being over 60 years old, this epic movie is still the benchmark for the dramatic portrayal of Vikings with some of Hollywood's biggest stars from the 'Golden Era': Kirk Douglas and Tony Curtin. Viking Prince Einar (Douglas) and his half-brother, Eric (Tony Curtis), a freed thrall, fight not only for the throne of the Kingdom of Northumbria in early medieval England but also for the love of a captured Princess (Janet Leigh).

A huge box office success, it was praised for its cinematography, with most of the movie being shot on location around the Hardangerfjord in western Norway. This was the first time Douglas had dipped in toe in a historical epic drama but not the last, as Spartacus would be released a year later.

Given the success of Viking-related films, it wasn't long before the CGI wizards at DreamWorks would turn their hand to this genre. Set in the mythical Viking village of Berk, the film centers around a young boy who, instead of killing dragons as most Viking warriors do, decides to help and befriend one.

The joy in this movie comes from the relationship between the boy and his dragon, which goes against societal expectations and norms. There are some references to other Norse myths, legends, and lore dotted throughout the movie.

Though very much aimed at a younger crowd, there is enough humor in this to amuse all ages. The film was successful enough to spawn a franchise and was nominated for two Academy Awards in 2011.

Based on the legend of Amleth (which is the basis of the character of Hamlet, the principal character in one of William Shakespeare's most famous plays), this epic historical film not only has star power (including Nicole Kidman, Alexander Skarsgård, Willem Defoe, Ethan Hawke, and Björk) but also has Norse mythology embedded into its very DNA. This combination makes for a fantastic film.

A classic "I'll avenge my father's death" with a Viking twist, what separates this from other Viking films is the pains that the creators went to make it as realistic as possible. Director Robert Eggers worked with Neil Price, an archaeologist from Uppsala University in Sweden, and Terry Gunnell, a folklorist at the University of Iceland and a Viking historian, as historical consultants for the film.

Despite the Hollywood royalty, it is perhaps the most realistic depiction of the primal, violent nature of Viking societies in the late 9th century CE. 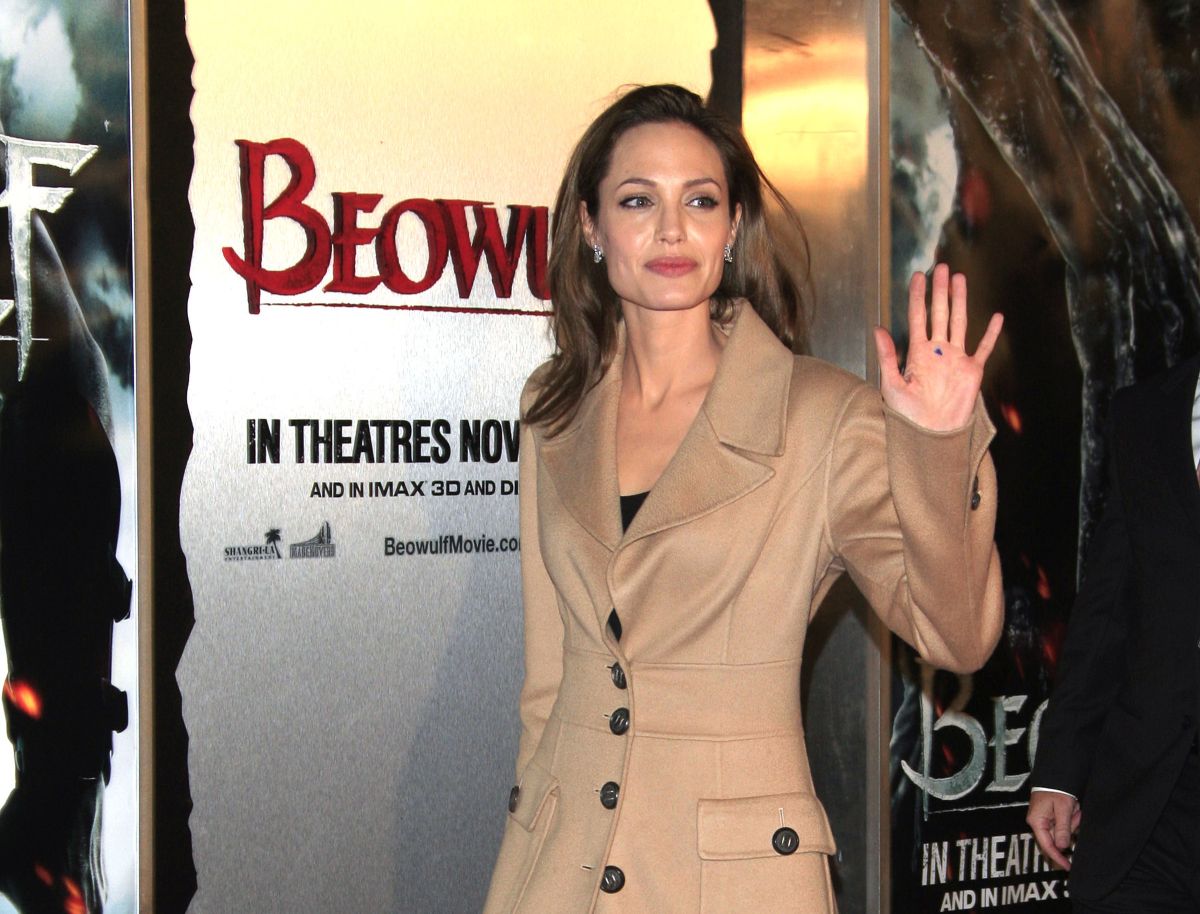 Few projects could have been harder to realize than turning an Old English poem of some 3182 alliterative lines, written over a millennium ago, into a blockbuster. However, this is exactly what Director Robert Zemeckis accomplished with his equally praised and maligned 3D fantasy action film.

Despite the 3D graphics, this film features the voices of a stellar cast (Anthony Hopkins, John Malkovich, and Angelina Jolie, to name a few) to tell the tale of the Geatish warrior Beowulf. He is summoned by King Hrothgar to protect a kingdom from a dangerous demon but – long story short – only manages to infuriate the demon's mother.

A great mix of Norse mythology and some other fantastical elements helps bring this early medieval poem to life on the silver screen.

It seems like every day now a new superhero movie is made. It wasn't long before the Hollywood studios got their hands on the Norse God, Thor. Not only did this movie launch the very non-Nordic Chris Hemsworth into the stratosphere, but it helped popularise Norse mythology, legend, and lore and bring it to a much wider audience worldwide than arguably any previous Viking-related movie.

Although based on the Marvel Comics character Thor, director Kenneth Branagh ensured a heavy dose of Norse mythology to add some substance to this superhero movie. The film essentially tells the story of Thor's exile to Earth to learn some humility. Along the way, there is a budding romance and the usual cataclysmic battle with his brother and ultimate Norse mythical trickster, Loki. 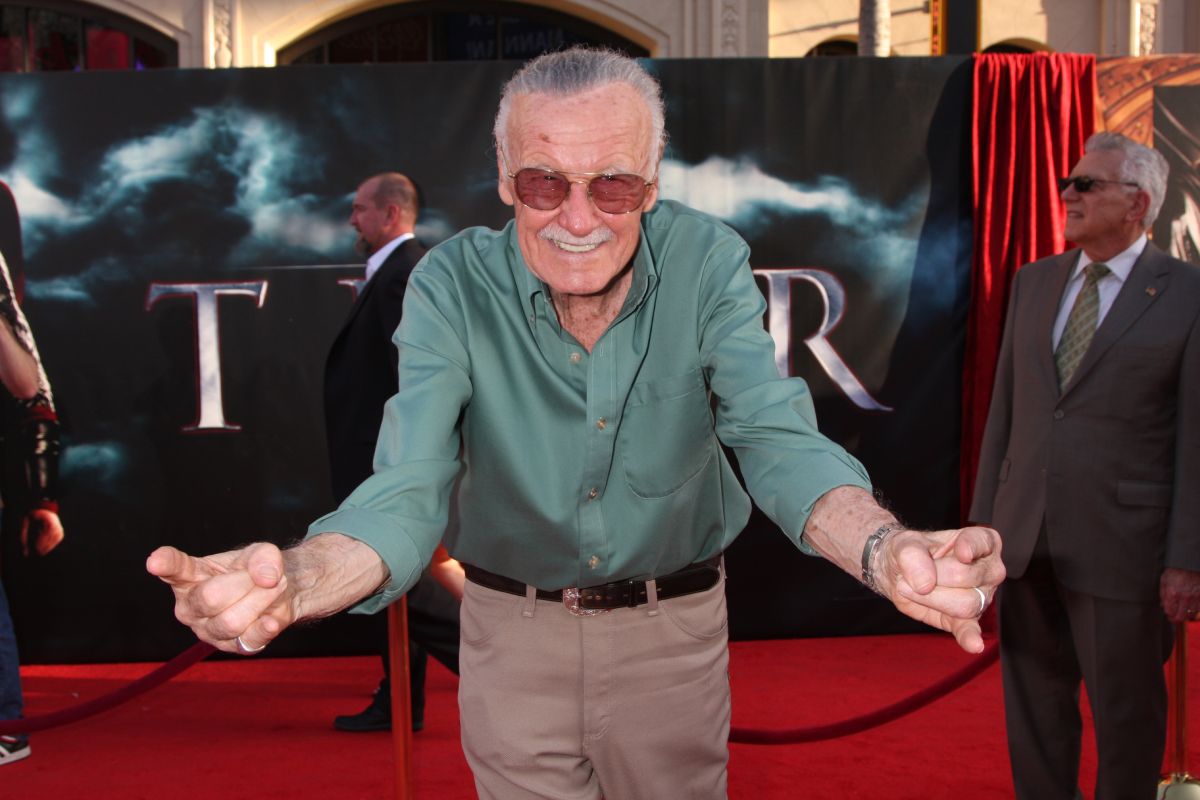 Set smack bang in the so-called "Viking Age" (1000 CE), this film tells the story of a mute warrior and a boy who set off from a Viking society in Scotland to go on a crusade, with some newly baptized Christian Viking warriors, to Jerusalem. Where they end up, however, might not quite be the "Holy Land."

Mads Mikkelsen adds some Scandinavian flair to this joint British-Danish production which was shot, on location, throughout Scotland. This movie gives a fascinating glimpse into the latter part of the early medieval period, where the process of Christianization saw a paradigm shift in Viking societies throughout the North Atlantic world.

The basis of this movie comes not from the mind of a Hollywood writer but from Ahmad Ibn Faldan's 10th-century travel accounts of the "Volga Vikings" – Norse men and women who lived, traded, and raided utilizing the River Volga trade routes. The movie centers around a disgraced Muslim ambassador who joins a group of these Volga Vikings on their quest against a legendary coming of evil.

Despite its reputation as a box office bomb (with a worldwide gross of USD 61 million versus a budget of over an estimated USD 160 million), there are some epic battle scenes that show the fusion of military and battlefield tactics between warriors from Viking societies and the Abbasid Caliphate.

Russia is no stranger to a great Viking film due to the fact that it traces its foundational history back to a group of Viking warriors turned princes. This film was the top-grossing film, of 2016, in over nine former Soviet countries, including Russia, Armenia, and Kazakhstan.

Following the death of his father and ruler of the Kievan Rus, Prince Vladimir is forced to flee westward to Sweden. Here, with the help of an old warrior, he assembles a group of fierce Viking warriors to go back and reclaim his birthright.

What makes this movie even more impressive is the fact that two dead languages (Old Norse and Pecheneg) were brought back to life on the small screen with the help of historical consultant Vladimir Petrukhin.

For more on how The Northman utilized historical consultants for accuracy, read a BBC History Extra article here.

Viking films Viking movies
Do you have a tip that you would like to share with The Viking Herald?
Feel free to reach out to discuss potential stories that may be in the public interest. You can reach us via email at hello@thevikingherald.com with the understanding that the information you provide might be used in our reporting and stories. 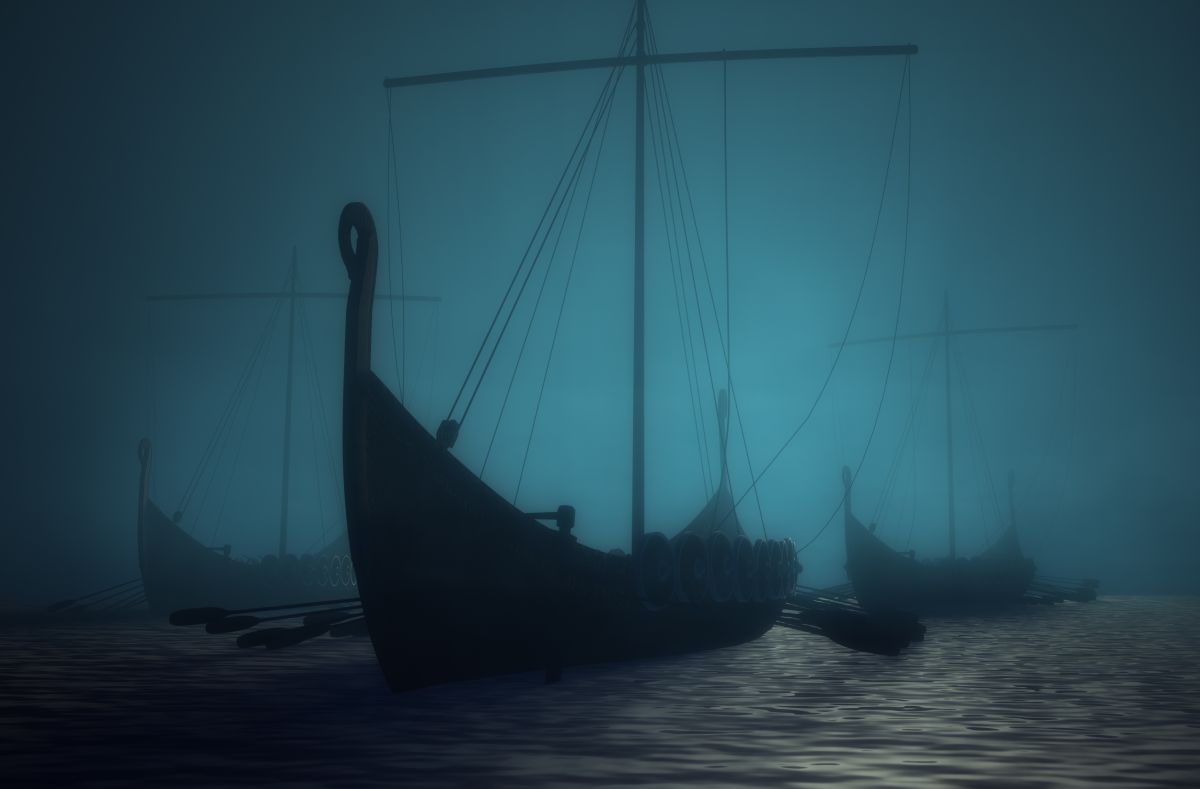 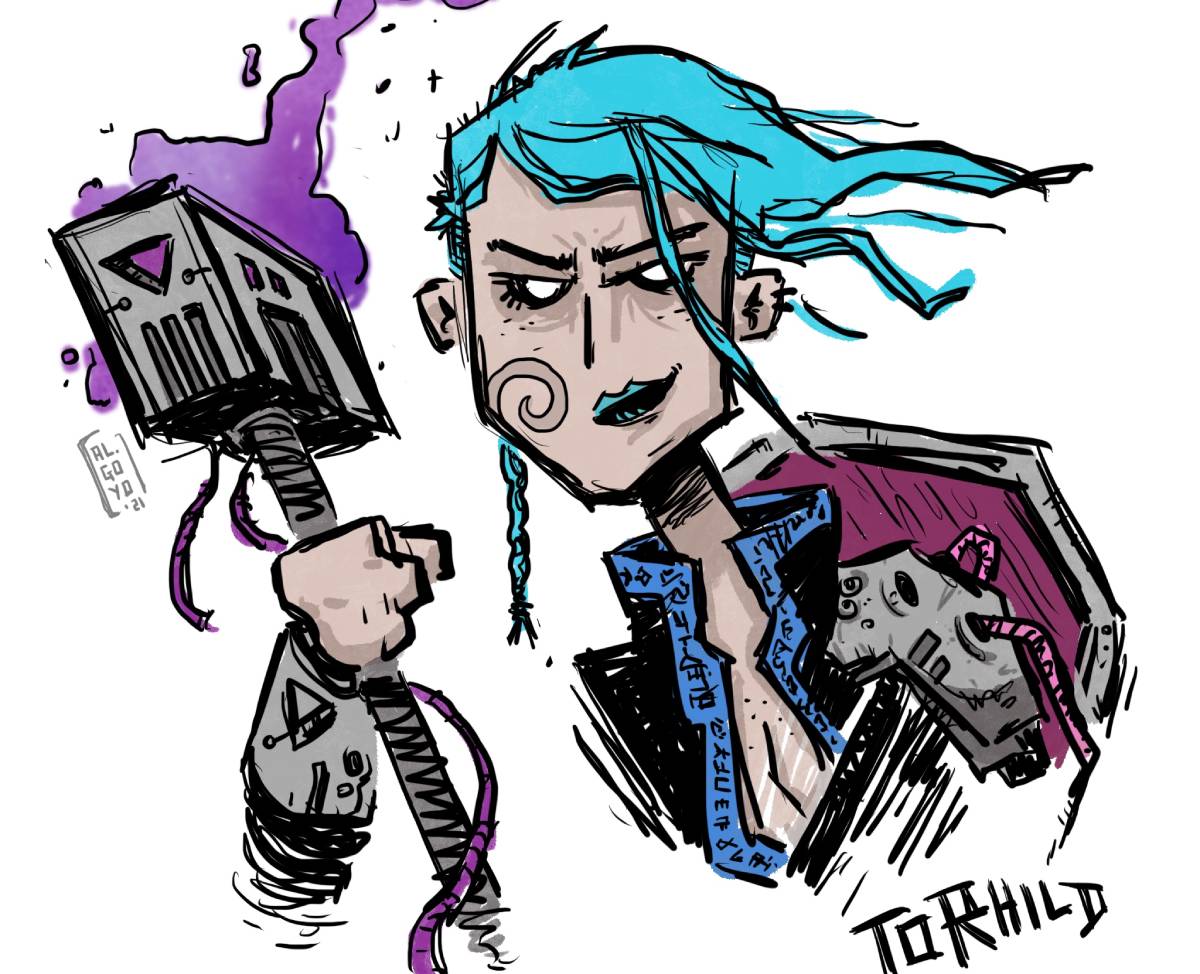