All you need to know about the Aegishjalmur symbol

One of the most popular symbols associated with the Viking Age (c. 793 - 1066 CE) is the magnificent Aegishjalmur symbol. 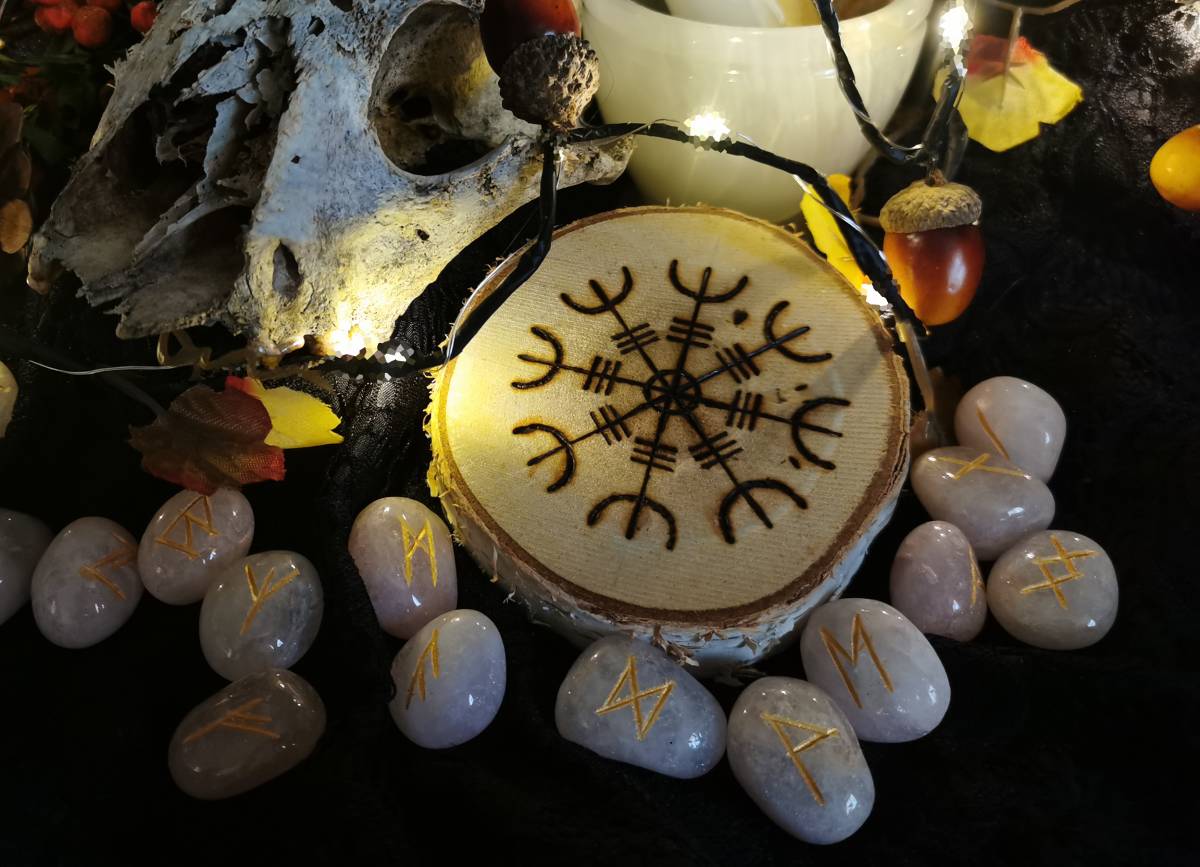 We have no archaeological or written record uncovered of the Aegishjalmur symbol in any society where people from Viking societies roamed. Source: Nakaya / Shutterstock

Translated into English as the "Helm of Awe," this symbol was supposed to be part of elaborate pagan rituals and had magical effects.

However, is this ancient symbol no more than a 19th-century Icelandic invention?

Magical helmet mentioned in the sagas

Although mostly written in the early medieval period, the Norse sagas continue to be a literary and cultural inspiration today.

Where would popular entertainment be without the Norse influence on everything from the "The Lord of the Rings" books to the latest Marvel installment of the Thor movies?

One of the most popular sagas, as it essentially deals with the dramatic rise and fall of a family, a clan, is the Völsunga Saga.

With a cast of characters that would rival any Hollywood ensemble cast, there is a quest to save a princess, the smiting of a dragon, and a search for a cursed ring. Sound familiar, J.R.R Tolkien?

Deep within this saga, we have our first literary mention of the Aegishjalmur – not as a symbol but as an object.

In a climatic scene, the hero of the story, Sigurd (who was supposedly based upon a real-life King, the Frankish ruler of Austrasia, Sigebert I, who reigned in the 6th century CE), has just slain a huge dragon, Fafnir, who guards a horde of treasure and gold. Amongst all the items that glitter is an object that is often translated, from Old Norse into English, as the "Helm of Awe."

This is not the only mention in the Norse sagas of this object. The Poetic Edda – compiled in the 13th century CE by Icelandic man of letters, Snorri Sturluson – makes mentions of the Aegishjalmur.

It is a helmet, which apparently gives the wearer magical powers of super strength. Sigurd regales that,

"The Helm of Awe
I wore before the sons of men
In defense of my treasure,
Amongst all, I alone was strong,
I thought to myself,
For I found no power a match for my own..."

The remainder of Stanza 16 is a witty back-and-forth between Sigurd – and his defeated dragon – about the helmet's power and how even the bravest warrior is incapable of wearing the magical helmet.

For the medieval audience at least, the Aegishjalmur, at least in literary sources, appears to be a tangible object, a helmet of unprecedented power. This is not the only interpretation we have, though. 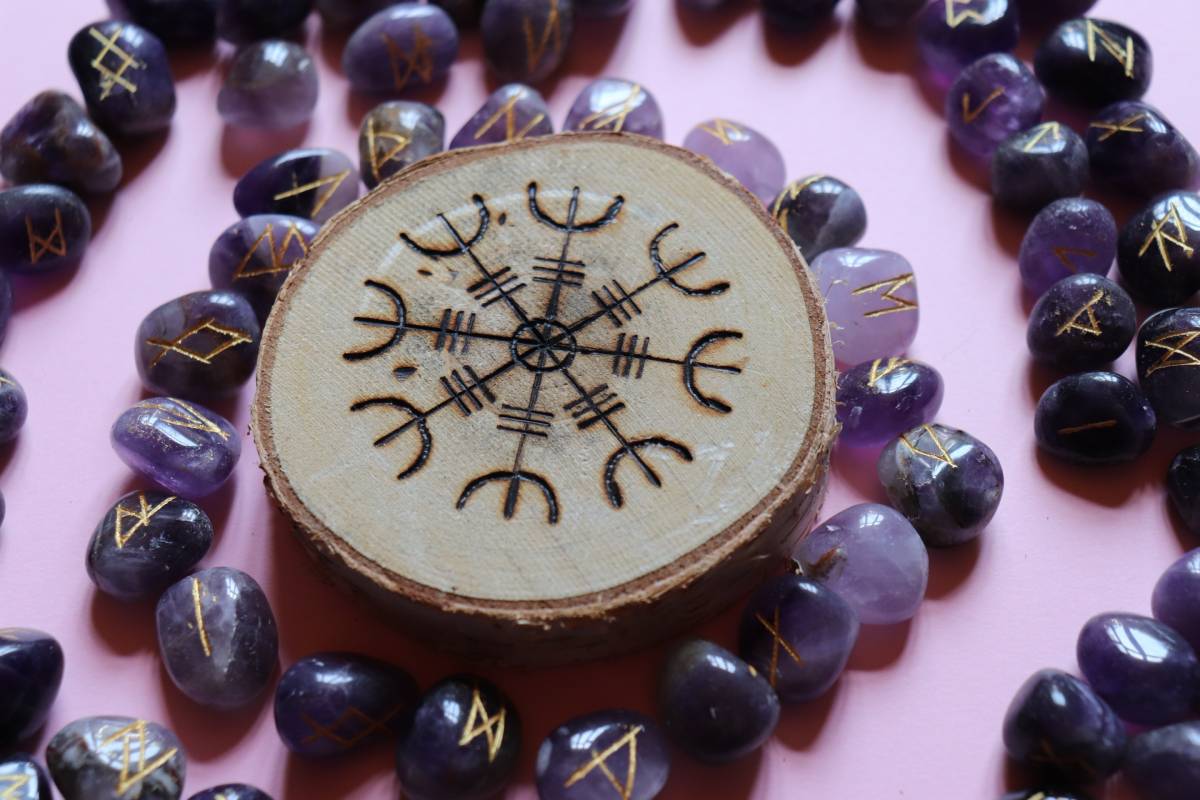 According to the Huld Manuscript, the Aegishjalmur was used either to induce fear in an enemy or for protection. Photo: Nakaya / Shutterstock

Following the medieval period, there was no more mention of the Aegishjalmur until the 19th century CE.

This was an era of unprecedented social and economic change. The end of the 18th century CE saw the Industrial Revolution begin, and by the mid-1840s CE, every area of Europe, even a remote island in the North Atlantic Ocean like Iceland, was beginning to feel its social, economic, and political effects.

It is no surprise that during this period of the forging and fusing of global trade networks, the first instance of mass mechanization and the unregulated profits (and perils) of capitalism, a yearning for the past, for simpler times was evident throughout many European societies.

For some, this took the form of nationalism, where local customs, languages, and cultures were studied. For others, an analysis of history helped this question of trying to understand the present through the past.

It was in this era that Geir Vigfússyni á Akureyri began collecting and compiling several manuscripts written in earlier decades. What he uncovered was a wealth of charms, symbols, and sigils (a type of symbol used in magic, often a symbol representing a deity), which are now credited as being the "Icelandic magical staves."

Akureyri compiled a number of these in a manuscript often known as either the "Huld Manuscript" (Hulda in Icelandic means "secrecy") or, more ominously, the "Dark Manuscript." All of these magical symbols were supposed to have been used since the Norse settlement of Iceland began in the late 9th century CE.

One of these magical symbols was named Aegishjalmur, and, according to the Huld Manuscript, its use was either to induce fear in an enemy or for protection, much like the helmet that Sigurd was said to have found amongst the treasures of Fafnir.

However, aside from the mention in sagas, this symbol – like many of the symbols in the Huld Manuscript appears to be mostly a 19th-century CE invention.

We have no archaeological or written record uncovered of the Aegishjalmur symbol in any society where people from Viking societies roamed.

Yet this has hardly stopped its contemporary popularity.

One of the more interesting features of the past decade has been the popularity of all things Viking.

Sparked, in part, due to television shows (Vikings) or Marvel movies (Thor), Viking culture has never been so mainstream.

Add to this the very symbol that all of us couldn't live without nowadays when we want to listen to music, the radio, or podcasts hands-free – Bluetooth – which is, of course, a combination of two Viking-era runes.

The Aegishjalmur symbol is one of those symbols that, for the vast majority, appear to be of a Viking vintage. Many a place on the body has been tattooed with this symbol and has been printed everywhere, from posters to postcards and t-shirts. It is also a popular jewelry design for those that want something different than Tiffany's.

Now, as we have seen, it is not historically accurate; it was never used by anyone in a Viking society but has been absorbed into the Viking zeitgeist that is so prevalent in contemporary popular culture today. Try telling that, though, to a would-be Viking who has it tattooed on their arm...

The Icelandic Grapevine has published an in-depth article on the modern history of, and fascination for, "Viking" tattoos, available to read here.

Aegishjalmur Aegishjalmur symbol Helm of Awe
Do you have a tip that you would like to share with The Viking Herald?
Feel free to reach out to discuss potential stories that may be in the public interest. You can reach us via email at hello@thevikingherald.com with the understanding that the information you provide might be used in our reporting and stories. 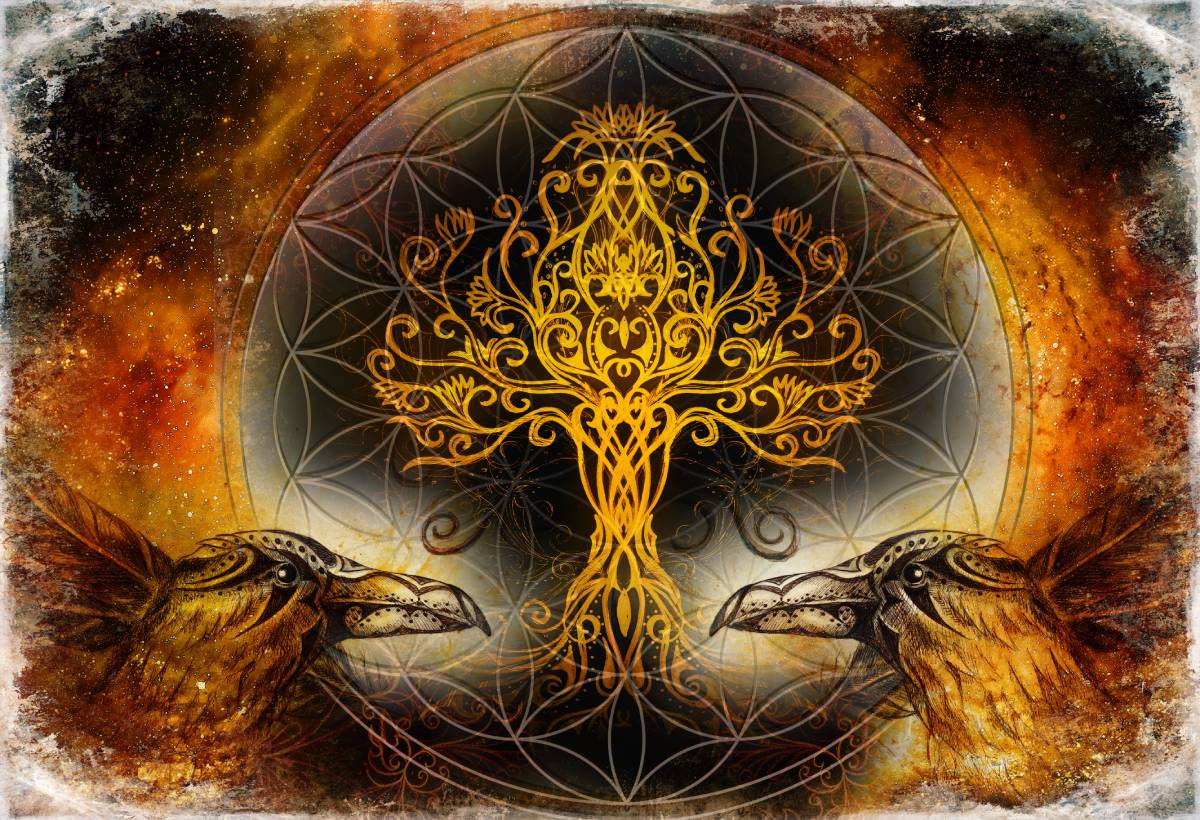 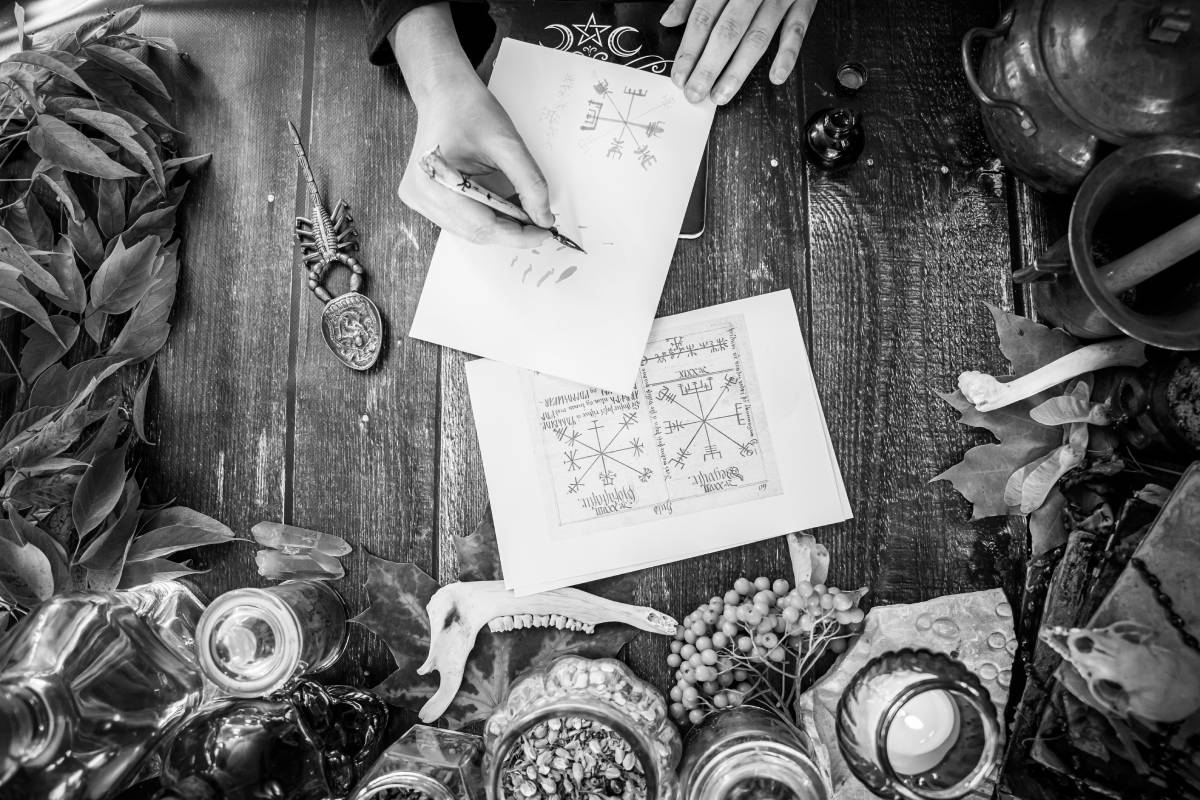 What do we know about the Icelandic Huld Manuscript, also known as the Dark Manuscript? 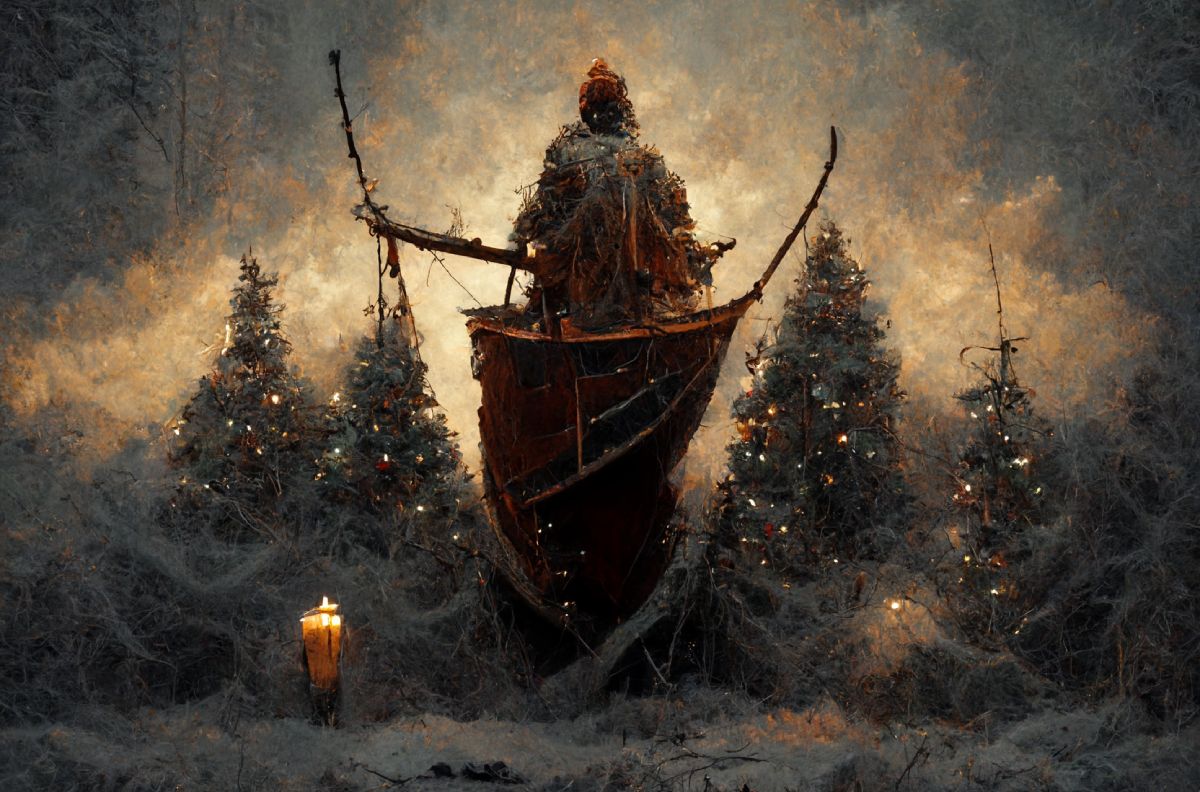 Raiding, pillaging, and... decking the halls? The Viking influence on Christmas