Long before it became a hip tourist destination, people from Viking societies sailed west to a Land of Ice. However, the man behind its "founding," Hrafna-Flóki Vilgerðarson, is as fascinating as the island’s volcanic beauty. 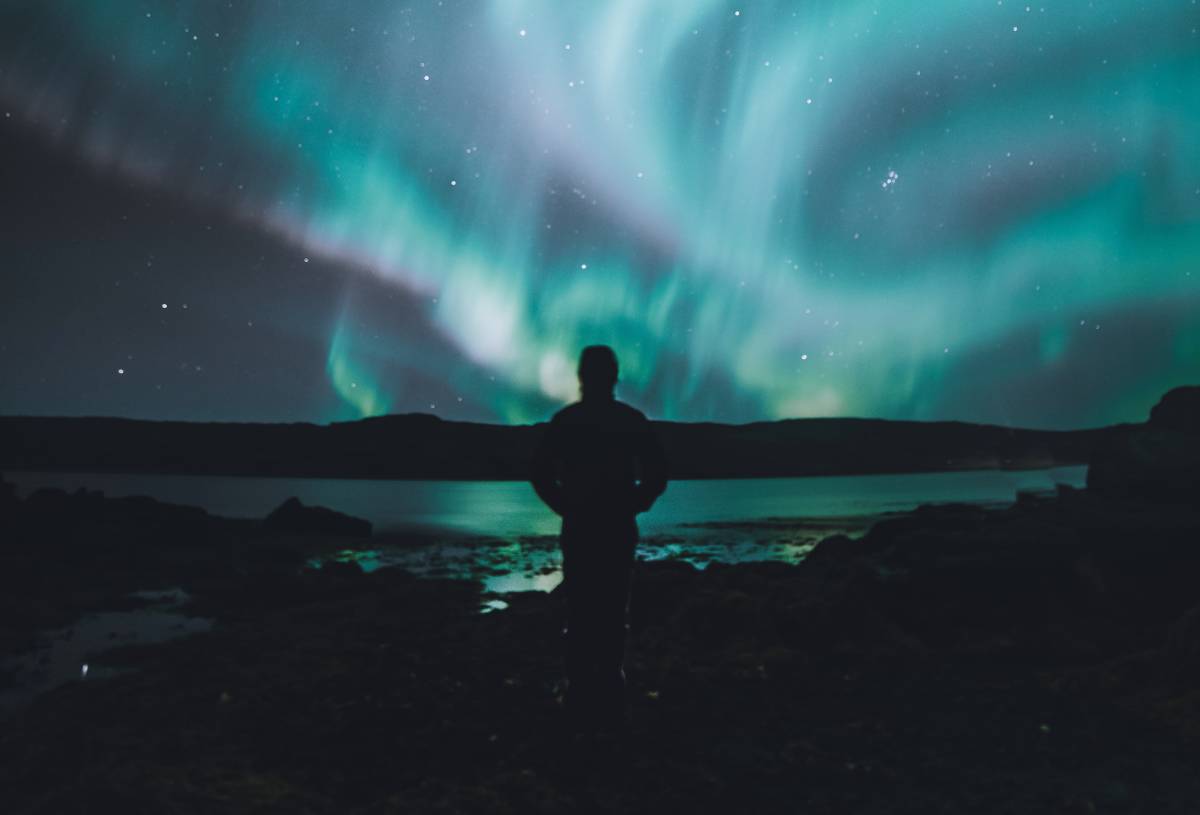 Vilgerðarson has traditionally been recorded as the island's "discoverer," but there is more to his tale than just exploration and luck.

By the middle of the 9th century CE, people from Scandinavia were starting to expand beyond their borders to settle, colonize, trade, or raid. Aside from the more recorded histories of Viking expansion into the Baltic region, Eastern Europe, and the Russian steppes, these sea-loving people also traveled westward across the vast North Sea.

The beginning of the so-called "Viking Age" is traditionally given as 793 CE, when Vikings attacked an abbey on Lindisfarne, an island off northeast England. Over the next few decades, the Vikings established themselves in the British Isles, soon conquering, settling, and subduing much of what is now England and southern Scotland. To the north of Scotland lies the islands of Shetland, Faroe, and Orkney, which soon fell under Viking dominion.

They used these islands, to the north of Scotland, as a base between their ancestral homelands in Scandinavia and the new lands of England and Scotland. These islands soon began to grow in importance as Vikings soon began to travel further west across the northern Norwegian Sea.

The ancient island of "Thule" and Viking maritime skills

The Vikings were, of course, a people of their times. Following the decline of the Western Roman Empire, many ancient texts, theories, and knowledge became less and less widely disseminated. In Roman and Greek literature and cartography, there had been mention of a northern Island, north of the British Isles, which was called "Thule."

The Vikings, however, regardless of their lack of knowledge from Ancient Rome or Athens, were skilled maritime sailors. Their nautical skill and boatbuilding abilities allowed them to travel from Scandinavia to the North American continent, from the rivers of Russia to the Aegean Sea.

By the end of the 9th century CE, the Vikings soon turned their gaze onto a far northern part of the Norwegian Sea that had not been explored.

How three ravens helped the discovery of Iceland

This is the part of recorded history where Hrafna-Flóki Vilgerðarson enters. According to both Norse and Icelandic sagas, in 868 CE, Vilgerðarson left on a voyage to search for a northern land that previous forebears had discovered. He sailed west from Western Norway to the Shetland Islands with his wife and two children. Tragedy struck here as one of his daughters drowned on the voyage to the Shetlands. Carrying on, his next port of call was the Faroe Islands, where his other surviving daughter was said to be wed. Not only did he pick up a son-in-law here but also three ravens to help him in his quest to find this great northern land. 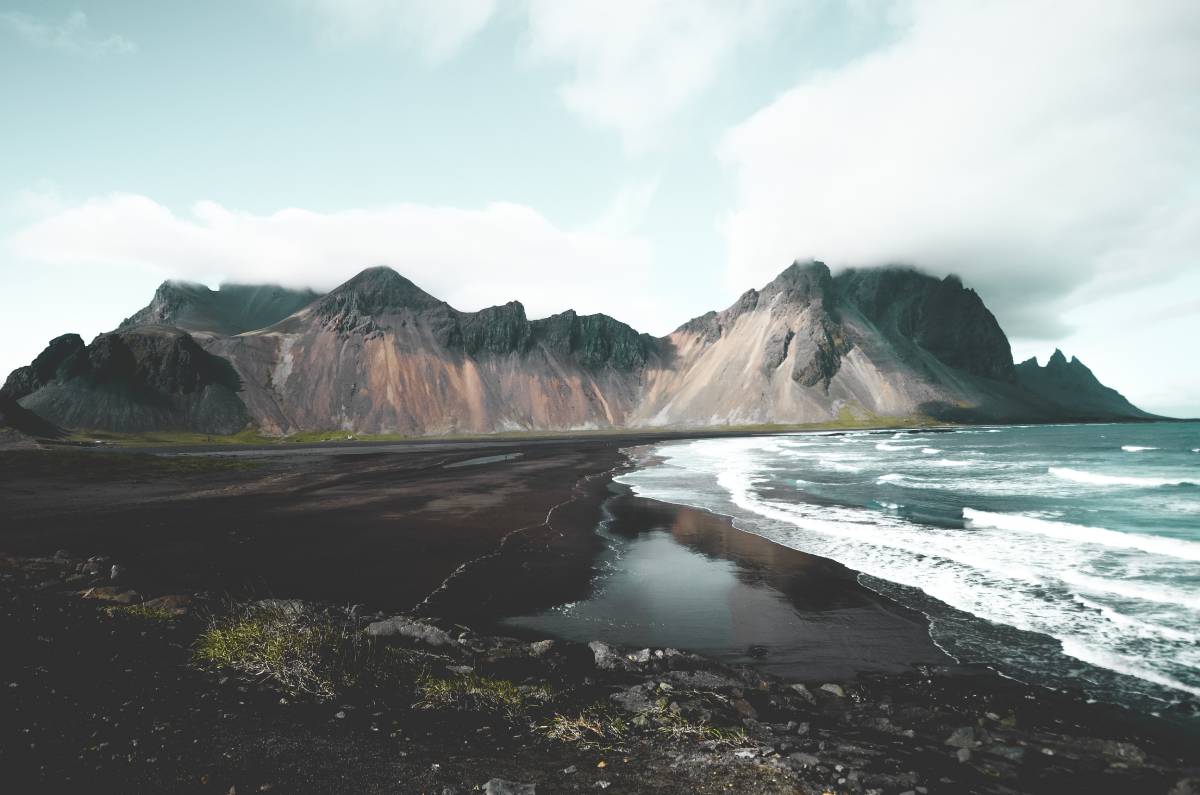 The beginning of a settlement and the naming of an island

Following the discovery of this large bay, Vilgerðarson and his compatriots established a winter camp in the northwest of the island. However, the summer was particularly mild, lulling the would-be settlers into inadequate planning and preparation. When winter came, it was long and harsh. Waiting for the warmer months, Vilgerðarson passed his time by hiking up some of the nearby mountains.

It was during one of these winter treks that Vilgerðarson spotted a large fjord, Ísafjarðardjúp, which had frozen over for the winter. He then named the entire island Ísland (lit. Ice Land) and, when questioned upon his return later to Norway, believed much of this newly discovered land to be worthless. However, despite his downplaying of this land of ice, Vilgerðarson journeyed back and would eventually die on the island he had "discovered."

The Norse settlement of Iceland

Vilgerðarson’s ‘discovery’ of Iceland in 868 CE traditionally marks the beginning of the settlement of Iceland. Historically, this period is said to have lasted from 870 CE to about 930 CE. Over this period, somewhere between 4,300 to 24,000 people migrated from Norse societies to this frozen island.

Theories range as to why the settlement stopped and this age of settlement ended some six decades later. Some historians have cited that by the middle of the 10th century, there was a lack of arable farming land due to population pressure. In the Landnámabók - a Norse history of the settlement of Iceland, written in the late 9th and early 10th centuries CE – there is a mention of some 1,500 farms and 3,500 people during this 6-decade-long settlement.

Whatever the reasons, population and settlement declined, and it would not be until the 13th century CE that human settlement would return to Iceland. Regardless, it was Hrafna-Flóki Vilgerðarson and his three ravens that helped Norse settlers first colonize this mythical island, this land of fire and ice.

Hrafna-Flóki Vilgerðarson Norse explorers
Do you have a tip that you would like to share with The Viking Herald?
Feel free to reach out to discuss potential stories that may be in the public interest. You can reach us via email at hello@thevikingherald.com with the understanding that the information you provide might be used in our reporting and stories. 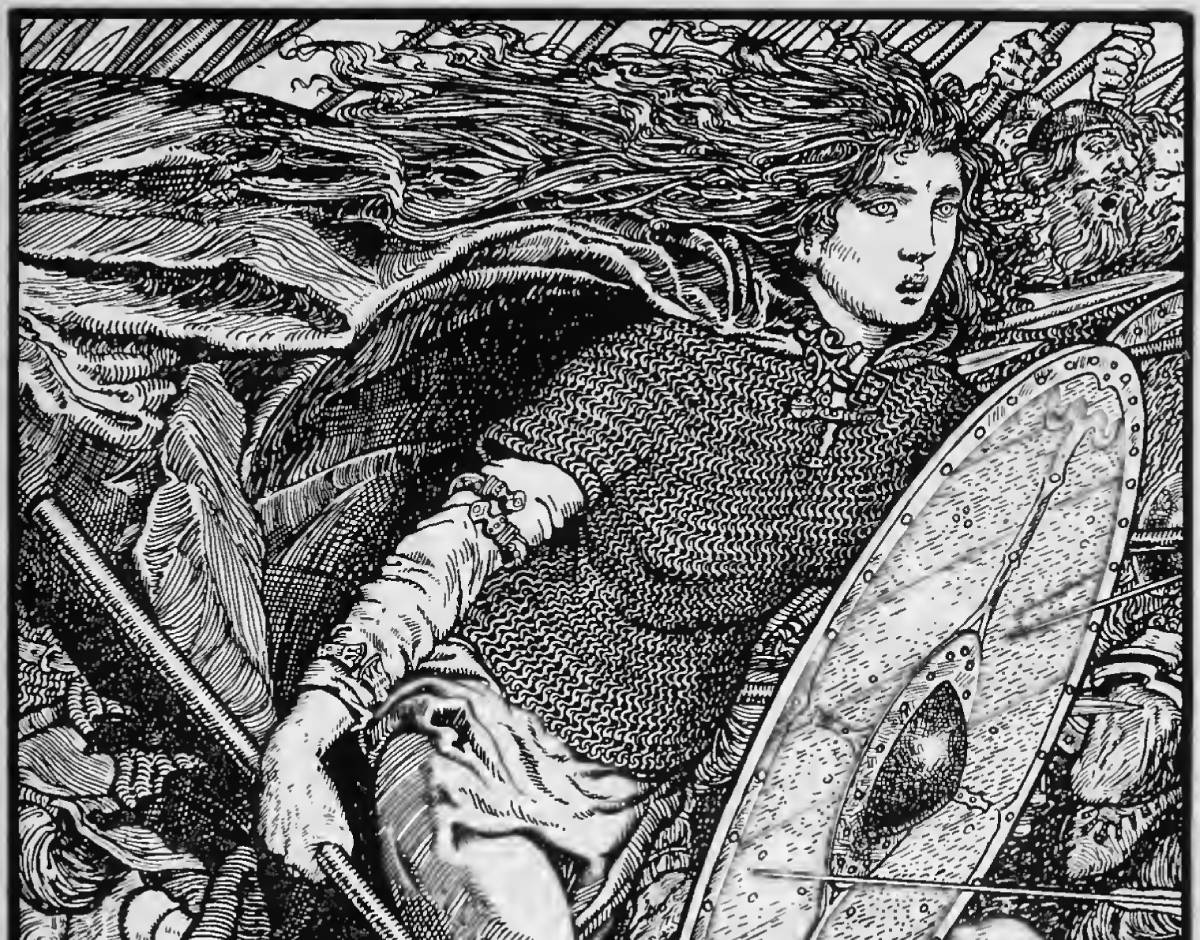 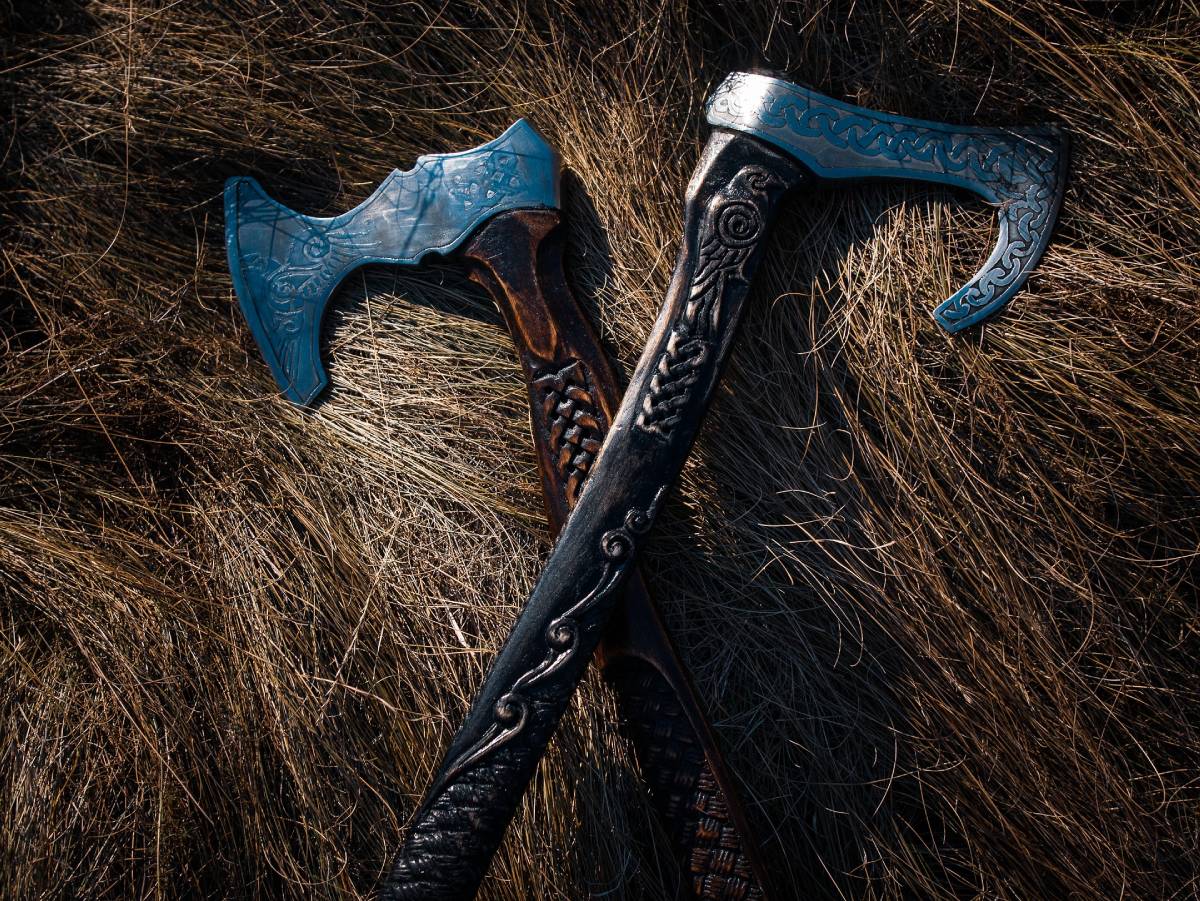 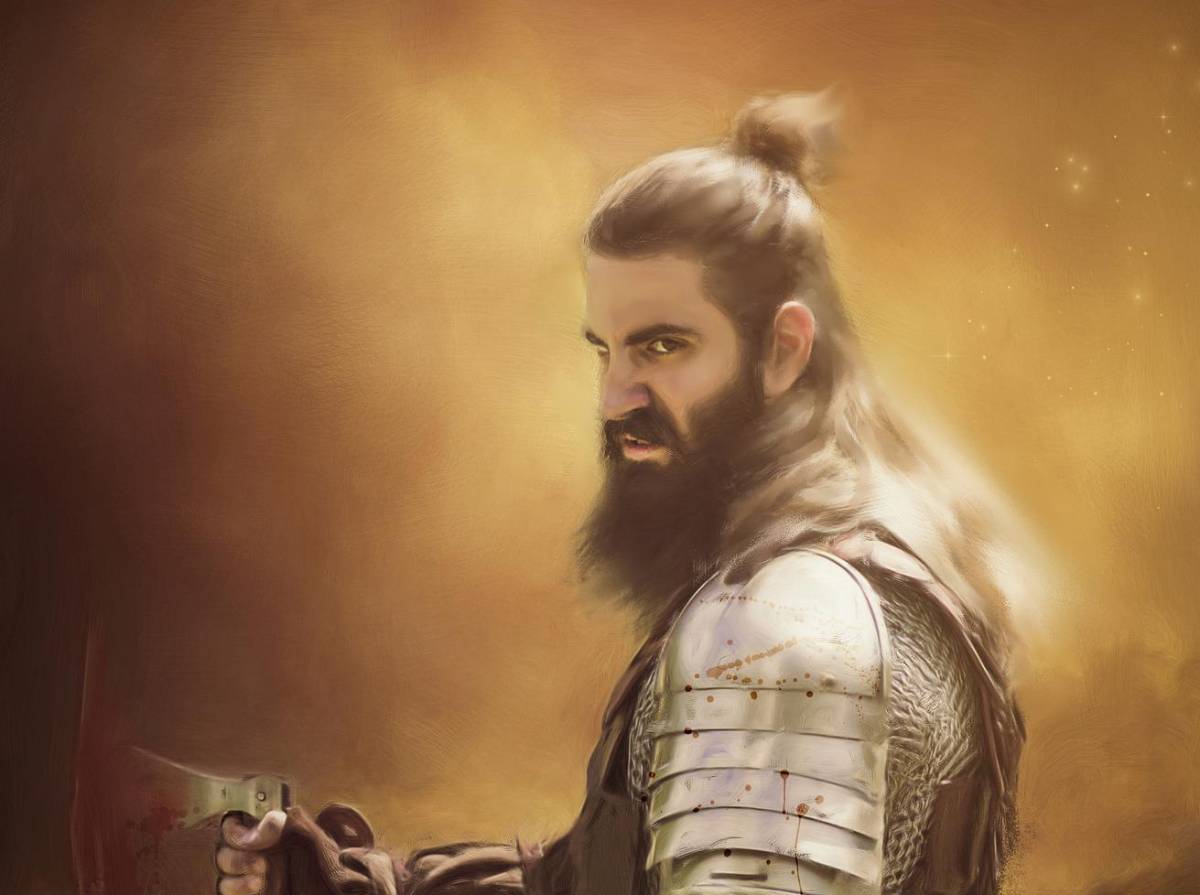 Who was Rollo the Viking, the first ruler of Normandy?