While swords were often too expensive for the average warrior in the Viking age, one-handed axes were much more affordable and widespread.

An ax was the weapon of choice for many Vikings. Source: Gioele Fazzeri / Pexels

Vikings used their axes both in times of war and times of peace – they would use them either as a weapon or as a tool.

However, one has to remember that there was a distinction between those two types of axes – those made for battle were usually smaller and lighter, so they could be thrown more easily, and the attack could be carried out in a swift and effective way.

Another reason for battle axes being lighter was that Vikings had to carry a shield as well, so a heavy ax wouldn't be as convenient. Axes used as a tool were usually bigger and heavier.

As for the axes used as tools, the most obvious purpose was chopping wood, as Vikings needed heavy and strong axes to chop wood effectively and quickly. Axes were also used to build houses and other objects, carts, and ships, all of which were (mostly) made of wood in the Viking Age.

In some cases, historical and archaeological findings show that some of the axes found in some parts of Scandinavia make it hard to tell whether they were made for battle or everyday life purposes. Furthermore, some axes made for everyday life could have been used in combat - if the situation demanded it.

The Dane ax is a prime example of combat-type axes. Its blade was forged very thin, so it was rather light and extremely sharp.

In some cases, axes were forged and then reinforced with steel so that their robustness and sharpness were superb. A typical Dane ax was about one meter long and usually weighed around one kilogram. Taking its weight, length, and performance into consideration, it could be compared to a modern-day meat cleaver.

The Dane ax became popular in the areas outside Scandinavia in the Viking age period, i.e., from the 9th to the 11th century AD, most probably through trade.

Interestingly, this type of ax was used in other countries, such as England, Ireland, and Scotland, where its use was considered a matter of prestige, unlike in Scandinavia, where swords were used for battle by higher-ranking society members, while axes were more often used by "common people." 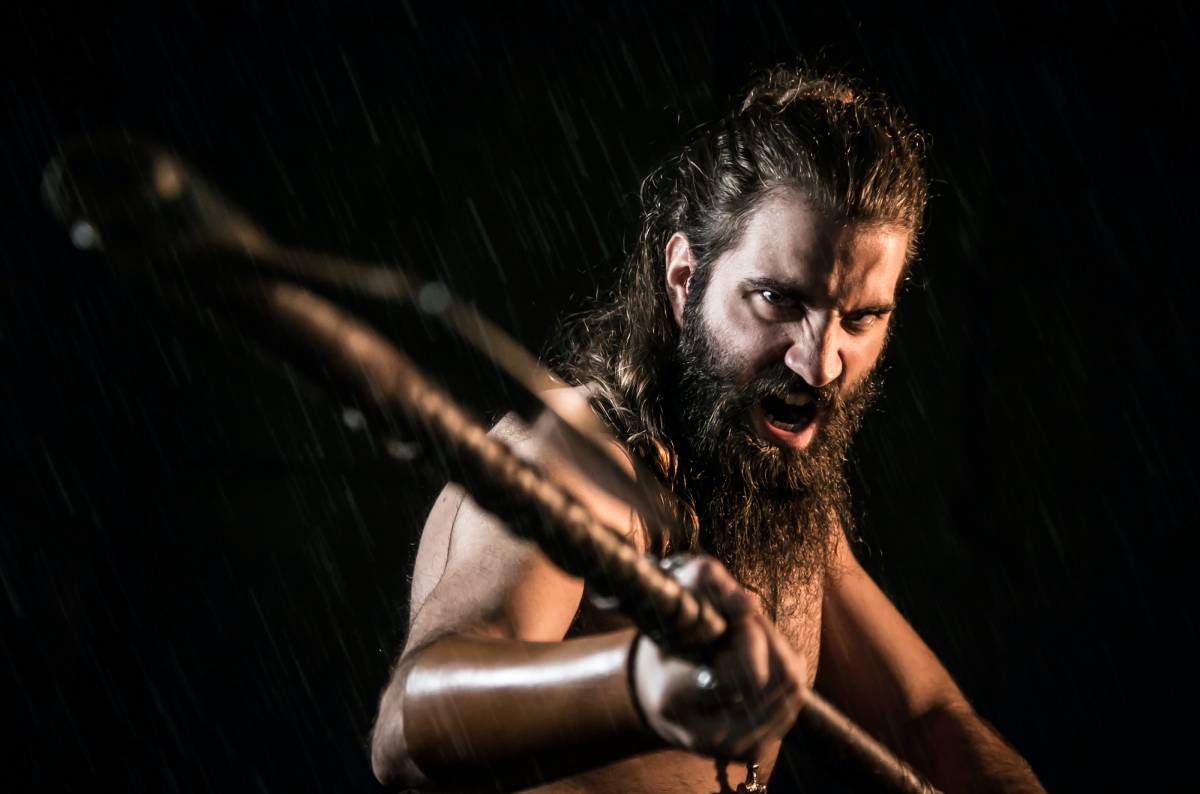 The ax was more than a simple tool for Vikings; it was also a weapon that most Viking warriors could obtain at affordable rates. Illustration: Gioele Fazzeri / Unsplash

Axes for the afterlife

Even though swords were the weapon of choice for the so-called Viking elite, when it came to their preparation for the afterlife, many Viking warriors were accompanied to the afterlife with an ax by their side.

Some historical findings, like the one in Jutland, in Denmark, show that a magnate who was buried there had an elaborately decorated ax in his luxuriously furnished grave, along with other things.

These axes, which were put in the graves of deceased people, were usually larger and longer than the ones used in everyday life. They were also richly decorated with gold, silver, or copper inlays and had decorations on the protective covers.

Other "non-elite" members of society were also buried with axes - while they didn't have much to take to the other world, their axes, at least, accompanied them on the journey to the afterlife. Graves found throughout Scandinavia indicate that an ax was a common object to put in the deceased person's grave.

The decorations on the axes also indicate the transition period between pagan times and Christianity. The inlays often contain motifs that could indicate both – a tree motif could be interpreted as the Christian "Tree of Life" and as "Yggdrasil," the famous tree from Norse mythology.

Another example of such a motive is a bird that could either represent the rooster Gullinkambi from Norse mythology or a phoenix, a symbol of rebirth. Another motive that points to this transition period is the motive of a cross, often found on axes that were made for burial purposes.

Throughout the period of the Viking Age, axes changed in appearance, so in some cases, they were used as a pole-arm, with a haft being up to 180 centimeters tall.

The blade also lengthened and changed in form throughout the centuries. Early versions of axes developed into different new types of weapons in the 15th and 16th centuries.

The original, simple form of the Dane ax was used well into the 15th century, in West Scotland and Ireland.

Viking weapons Viking axes
Do you have a tip that you would like to share with The Viking Herald?
Feel free to reach out to discuss potential stories that may be in the public interest. You can reach us via email at hello@thevikingherald.com with the understanding that the information you provide might be used in our reporting and stories.