A new runestone has been discovered in Denmark, and it may be one of the oldest in the country, according to the National Museum of Denmark, which described it as "extremely rare." 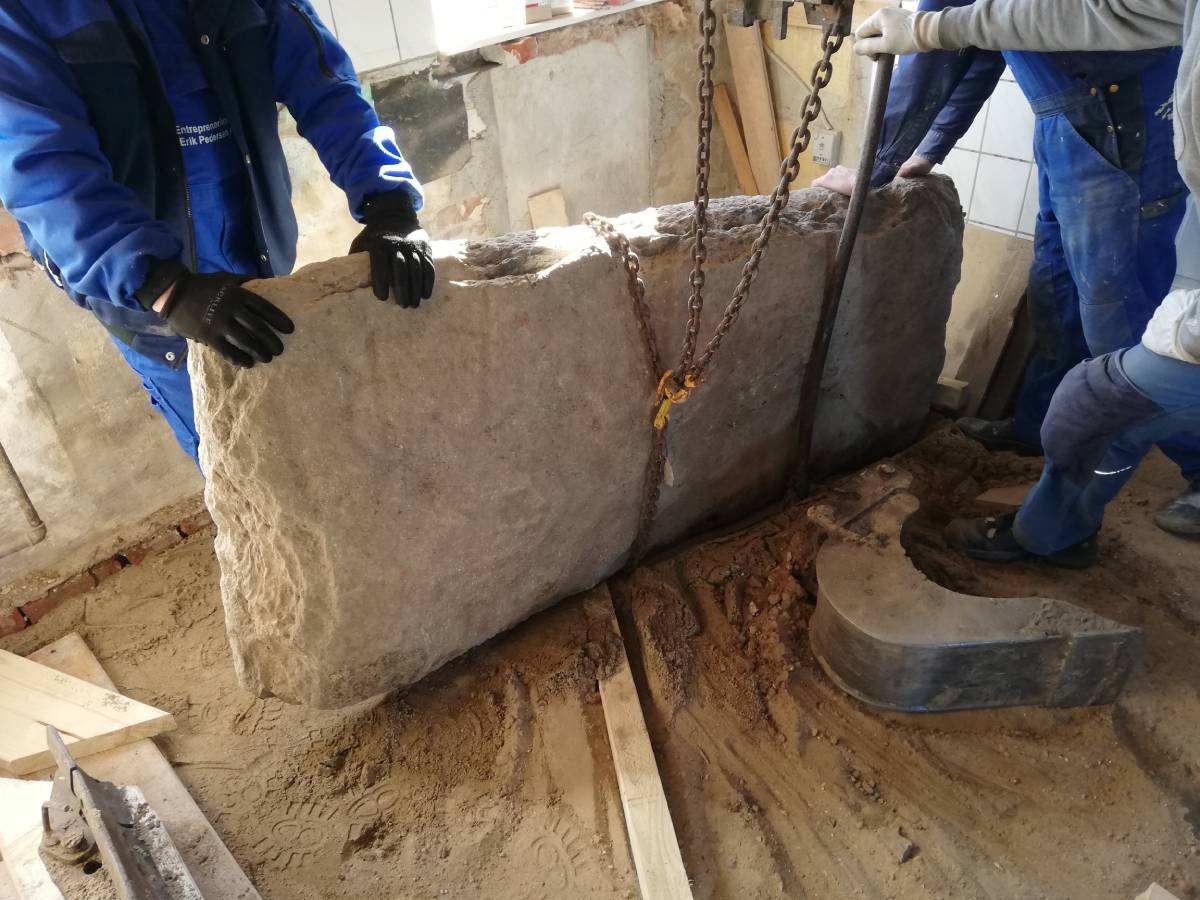 The runestone was discovered by accident by Lene Brandt and her husband, Anders Nielsen, while they were renovating the kitchen in a house a little outside the city of Randers in Denmark. The find is the 44th runestone discovered in the area around Randers.

The couple immediately called the culture-historical Museum Østjylland. The estate is from the 1800s, and the stone was under the floor under the stove.

The runestone is two meters long and 80 centimeters wide. As it was found in the Mosekær village, it has already been named the Mosekær stone (Mosekærstenen).

"The more floor we removed, the larger the stone appeared. I'm a little proud that it was found here and that we managed to get it transported out of the house in one piece," Lene Brandt told DR. 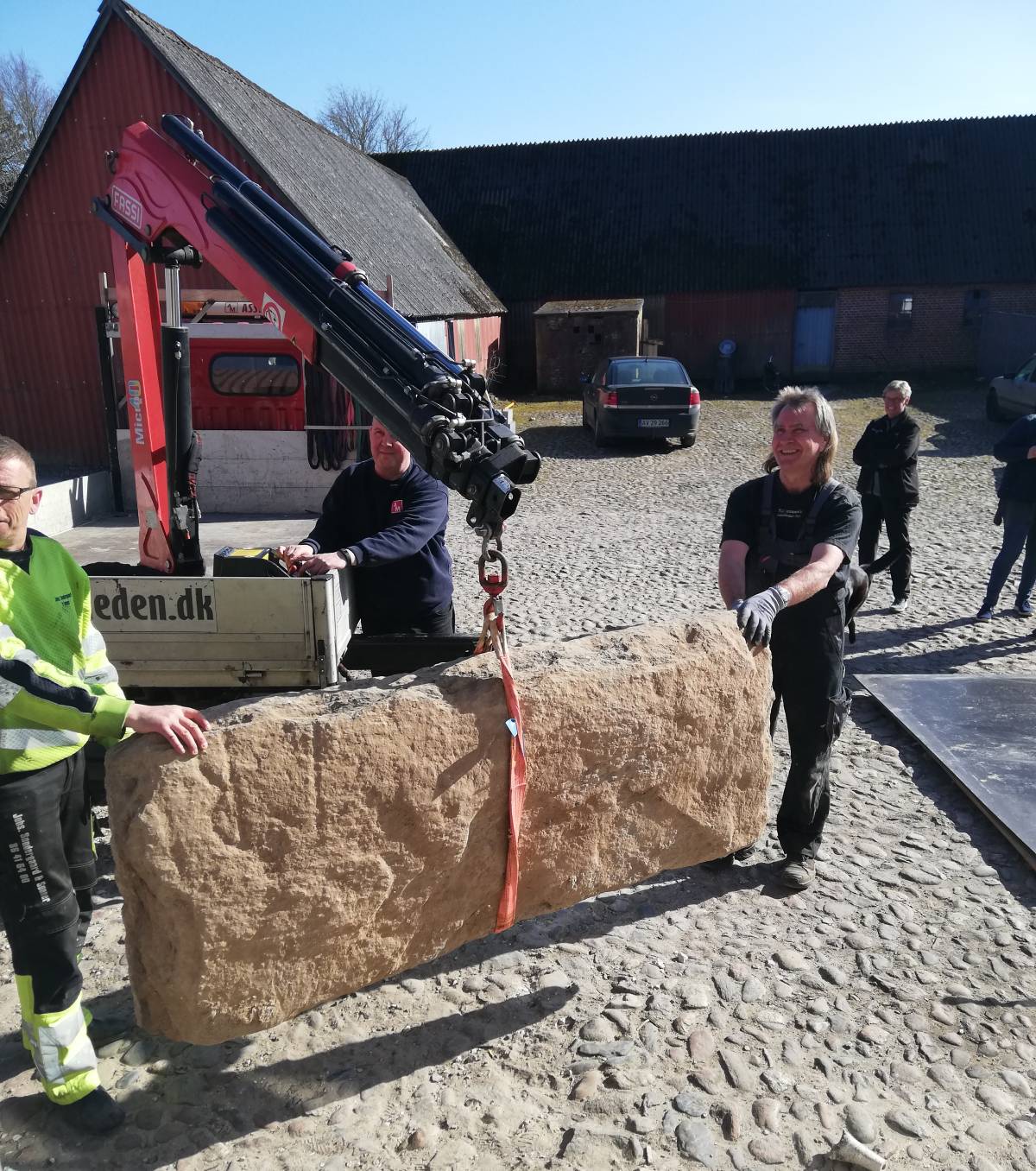 The fascinating runestone was discovered by Lene Brandt and Anders Nielsen while they were renovating their kitchen in a house outside of Randers in Denmark. Photo: Lene Brandt

Runologist Lisbeth Imer of the National Museum in Copenhagen has examined the runestone and identified an important detail on it.

It is engraved with five runes that can be read as "aft bi" and roughly translated to "In memory of B..."

Runestones are typically erected in memory of people, so this one must have been erected on behalf of someone with a name that starts with B (maybe Bjørn, Bjarne, or Birger?)

At first glance, the runes seem to make up the end of a longer rune text, but they could also be the beginning of the stone's rune text, Lisbeth Imer believes.

There are only five carvings – i.e., runic letters - left of the original inscription in the stone. 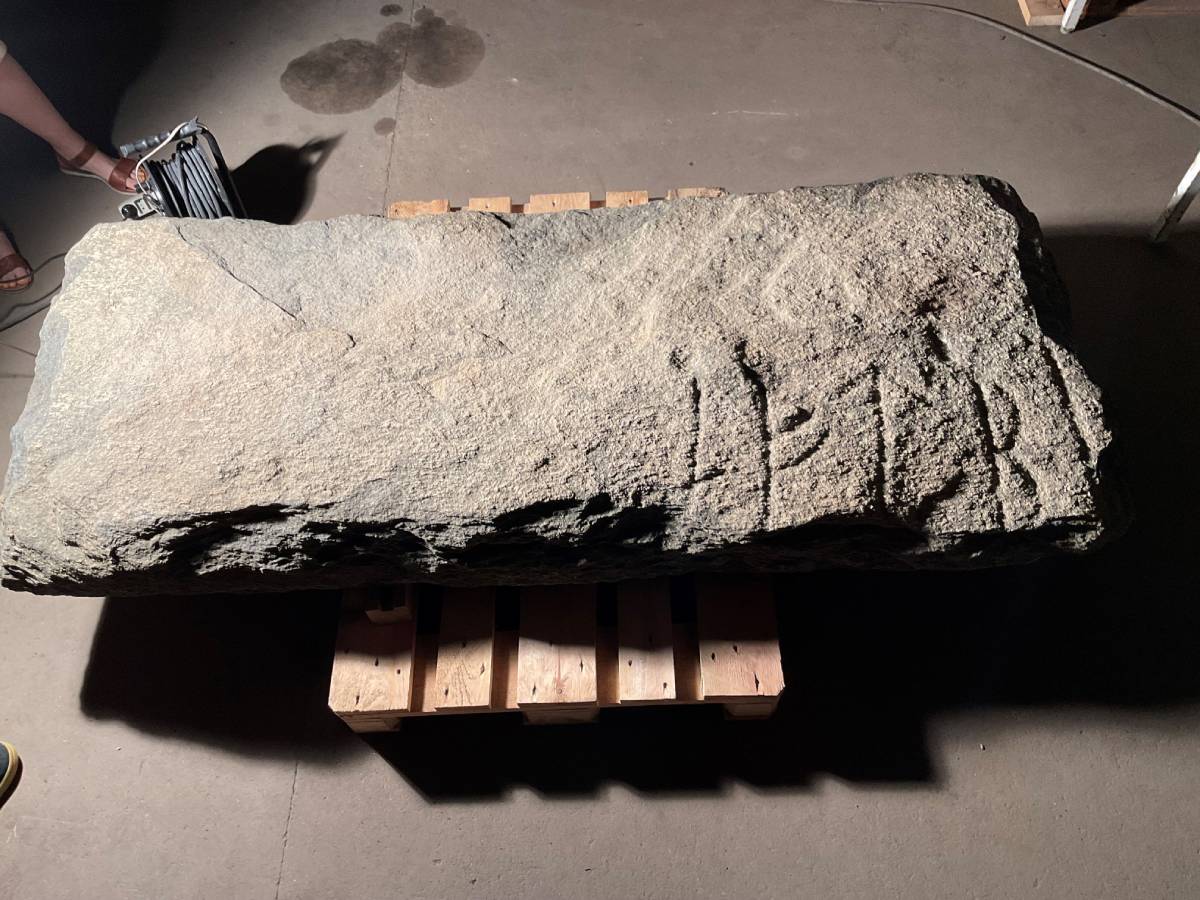 The runestone is engraved with five runes that can be read as "aft bi" and translated to "In memory of B..." Photo: The National Museum of Denmark

And it is this detail - whether the runes begin or finish the sentence on the runestone - that can help experts determine what time period the runestone is from.

If it is the beginning of the sentence, the stone probably belongs to the oldest group of runestones in Denmark, which has precisely this type of inscriptions - making it an extremely rare runestone.

For example, such a runestone is the Flemløse stone from Southern Funen, which dates all the way back to the 7th century, with an inscription that begins in exactly the same way "Aft [name] ..."

According to the National Museum of Denmark, the Mosekær stone could date back to the 8th century when the Viking Age began. In comparison, Jellingstenenen is from the year 965.

However, it seems the National Museum of Denmark needs more time to determine how old - and rare – the stone actually is.

The stone will now be included in the National Museum's official collection. It could later be lent for exhibition at Museum Østjylland. 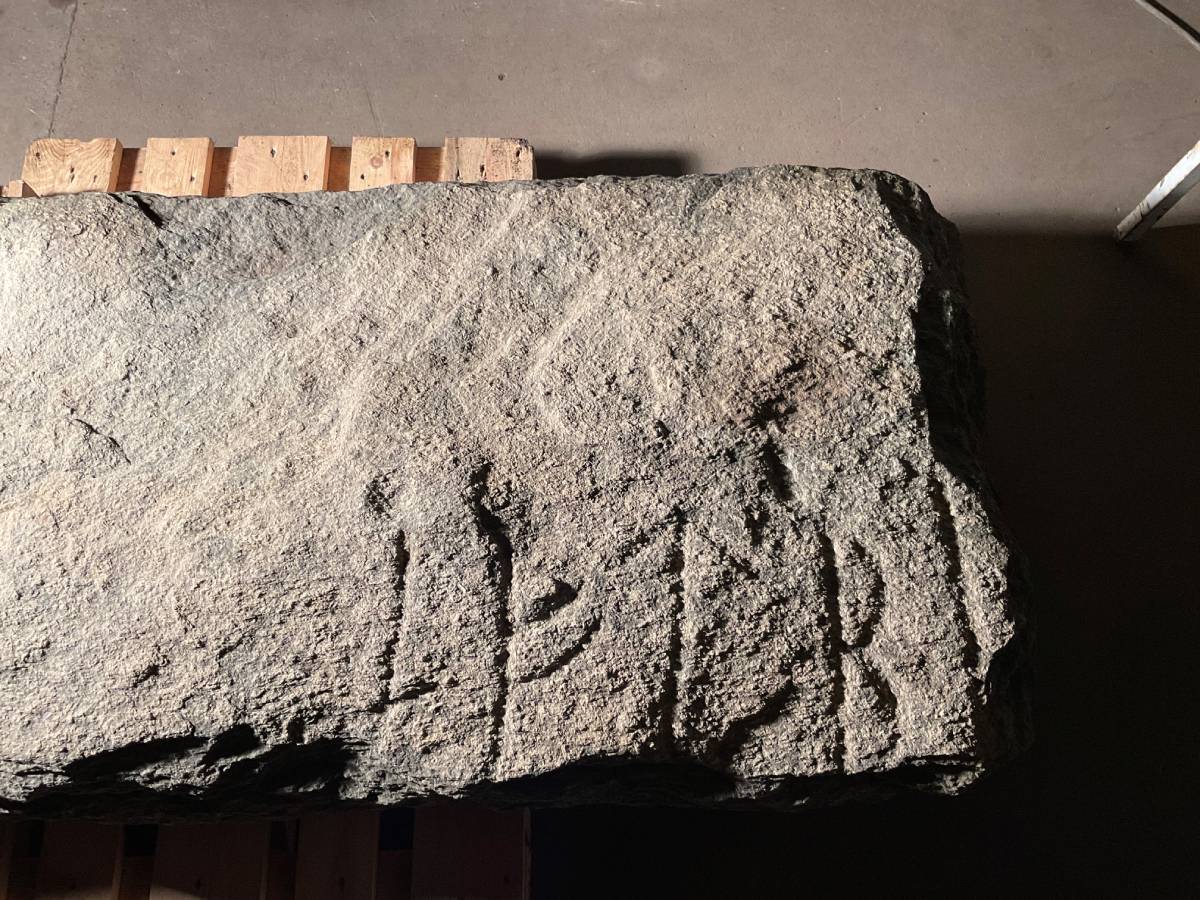 There are only five carvings left of the original inscription in the runestone. Photo: The National Museum of Denmark

Viking runes Viking runestones rune stone runestone
Do you have a tip that you would like to share with The Viking Herald?
Feel free to reach out to discuss potential stories that may be in the public interest. You can reach us via email at hello@thevikingherald.com with the understanding that the information you provide might be used in our reporting and stories. 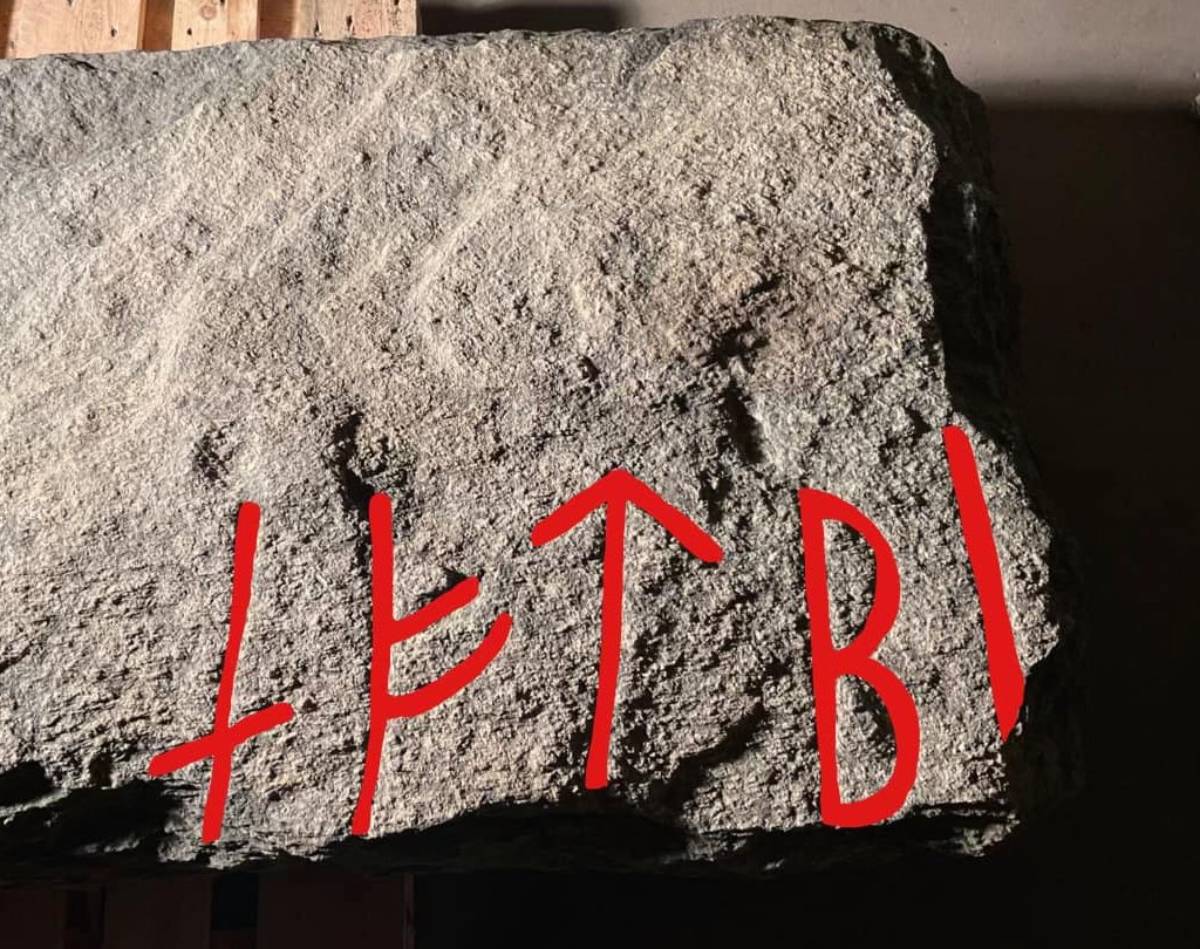 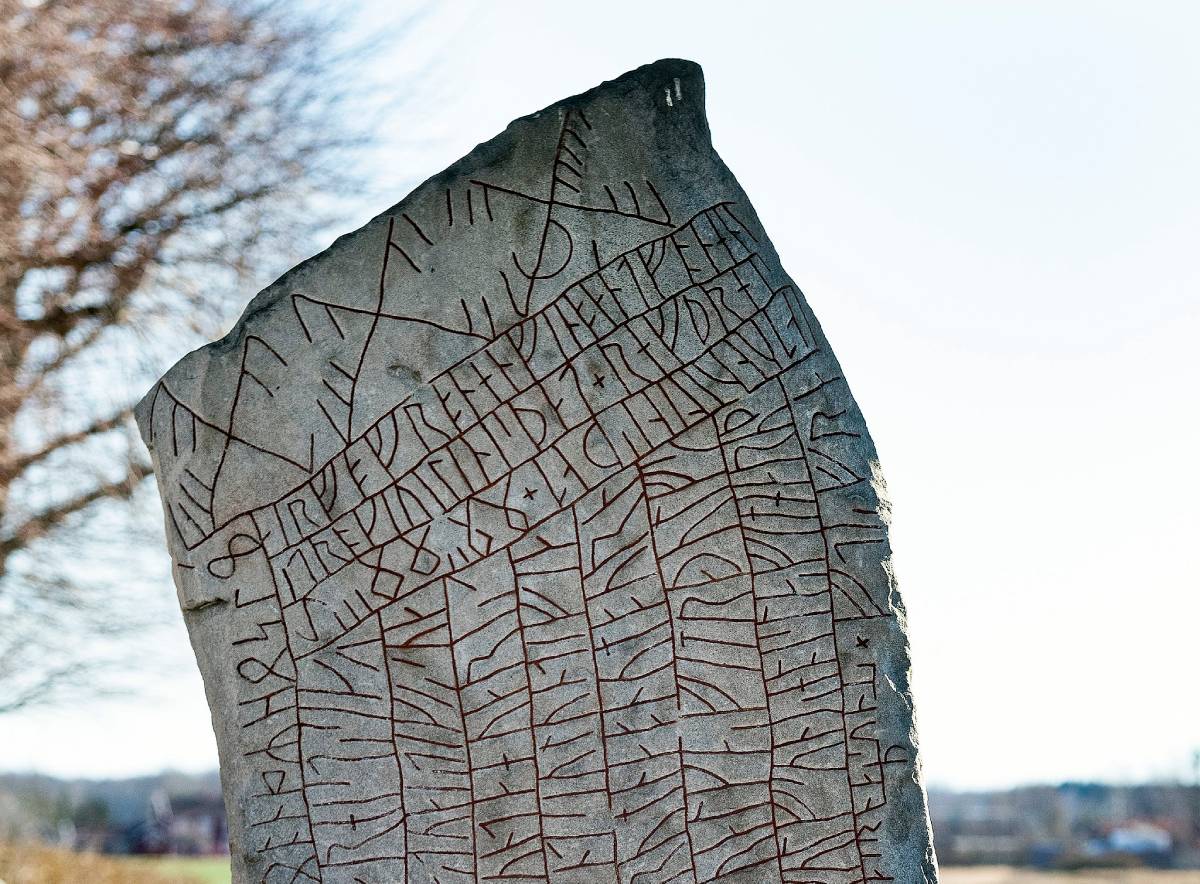 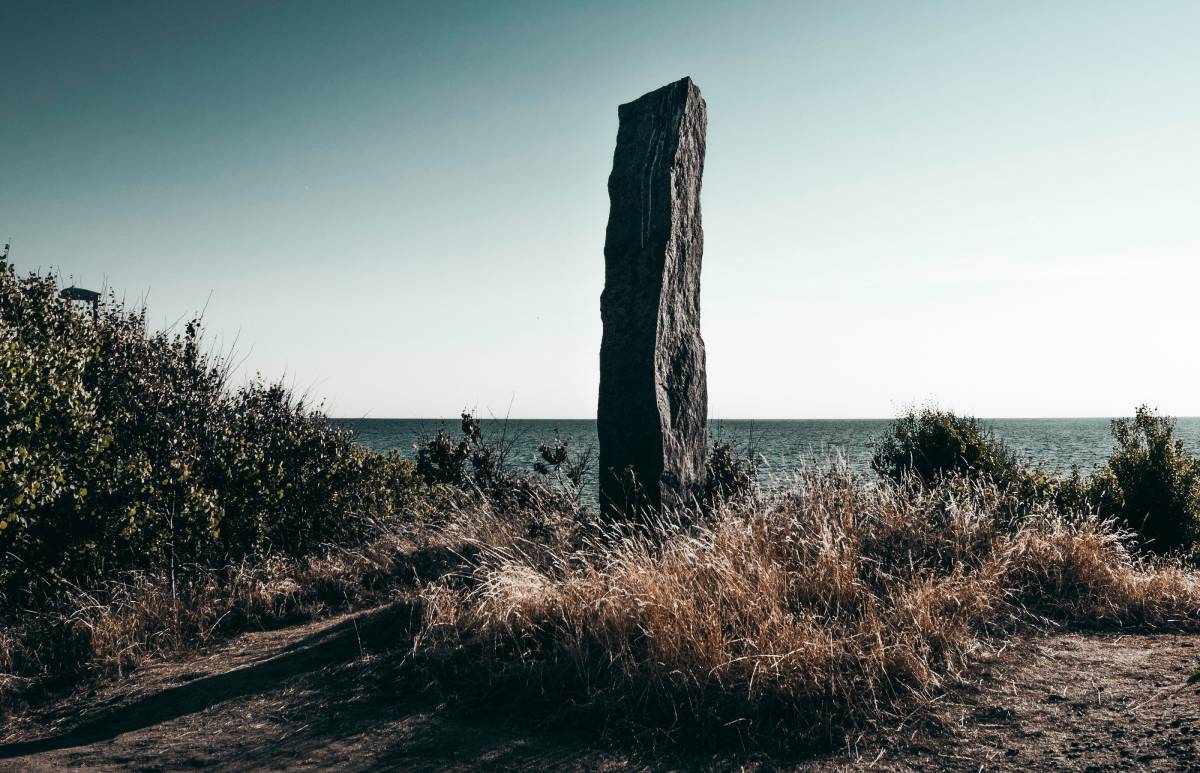 Viking runestones: What are they, and why are they important? 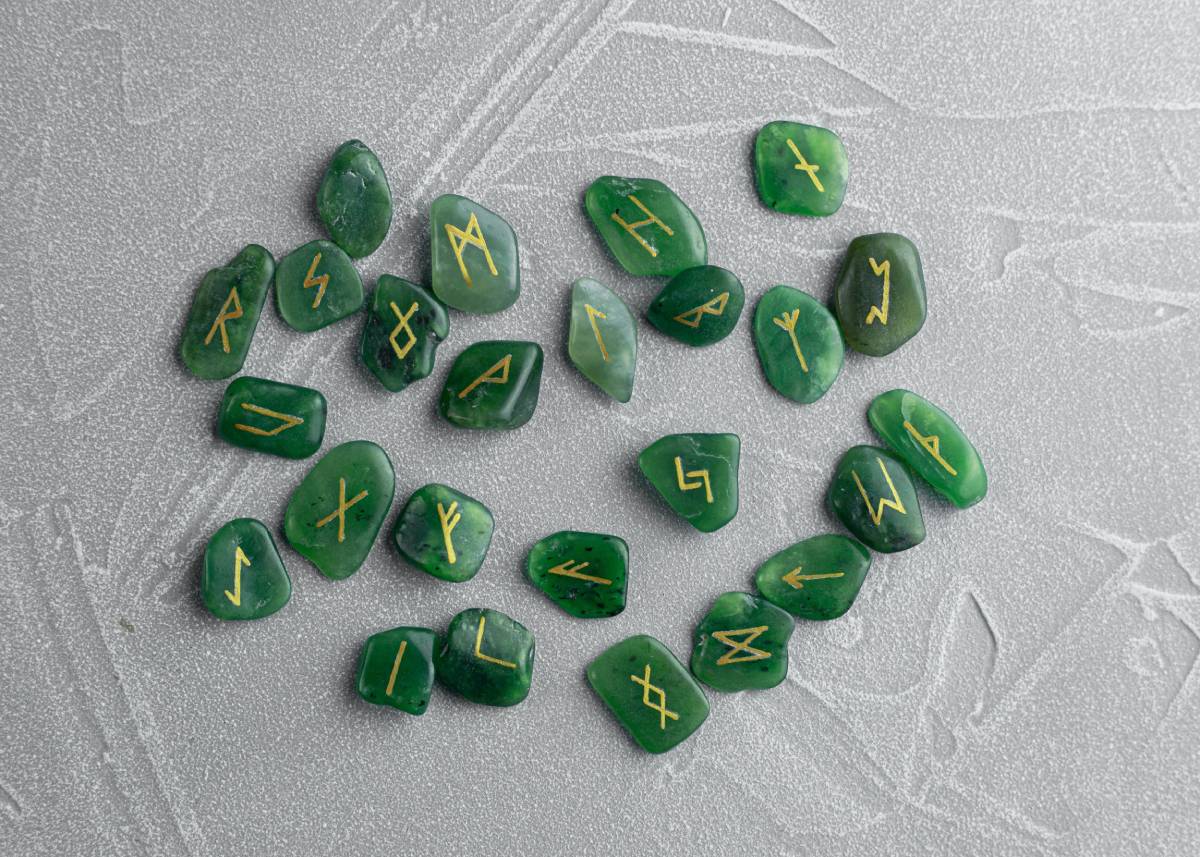