A famous hoard of Viking treasure, the so-called Herefordshire hoard, is set to go on display for the first time.

The treasure, which includes numerous coins and jewelry, was discovered by metal detectorists in Herefordshire. The two did not declare the treasure to the authorities, which resulted in a court case.

George Powell and Layton Davies found the hoard in 2015. They proceeded to sell it to dealers instead of reporting the find in Eye, close to Leominster.

The two metal detectorists were jailed in 2019. At the time, most of the Viking hoard was still missing. Its value was estimated at between GBP 3 and 12 million.

Two other people were also imprisoned for helping Powell and Davies conceal the treasure.

On display for the first time

From this weekend, the artifacts will be on display at the Hereford Museum Resource and Learning Centre. The items displayed will include almost 30 silver coins and multiple gold decorations.

A Herefordshire Councillor, Gemma Davies, stated that she was excited that the valuable items were "where they belong."

Along with viewing the Viking hoard, museum visitors will also be able to try out activities and view pop-up displays, the BBC reports.

A new roadshow will tour the county, including Viking re-enactors and lots of information on the restored Viking treasure.

"The Viking treasure is made up of some exquisite pieces whose craftsmanship defies belief when you consider when they were made and the very basic tools they were made with.

"But it's not simply their beauty or their rarity that makes the hoard so special. It's also the fact that some of the coins actually change our understanding of history.

"All that richness is packed into tiny precious items we now have the privilege to see on display in Herefordshire," Davies concluded.

The small portion of the hoard recovered so far includes three gold ornaments, a silver ingot, and 29 silver coins. But photos recovered by police during their investigations suggest that, when complete, the hoard had contained several more ingots and around 300 coins. It is possible that the collection also contained other objects, but the quality of the recovered photos makes this uncertain. The combination of intact ornaments, bullion, and a mixture of Anglo-Saxon, Frankish, and Islamic coins suggests this was a Viking hoard deposited around 878, the Herefordshire Council writes on its website.

At the time the hoard was buried in the late ninth century, Britain was divided into different kingdoms, including Wessex and Mercia. Those kingdoms were individually fighting for survival against the Viking invaders. Coins from Mercia and Wessex, which form part of the Herefordshire Hoard, share some similar designs. This suggests an alliance between Wessex and Mercia that was most likely formed to strengthen their battle against the Vikings.

Viking treasure Herefordshire Hoard Viking hoards
Do you have a tip that you would like to share with The Viking Herald?
Feel free to reach out to discuss potential stories that may be in the public interest. You can reach us via email at hello@thevikingherald.com with the understanding that the information you provide might be used in our reporting and stories. 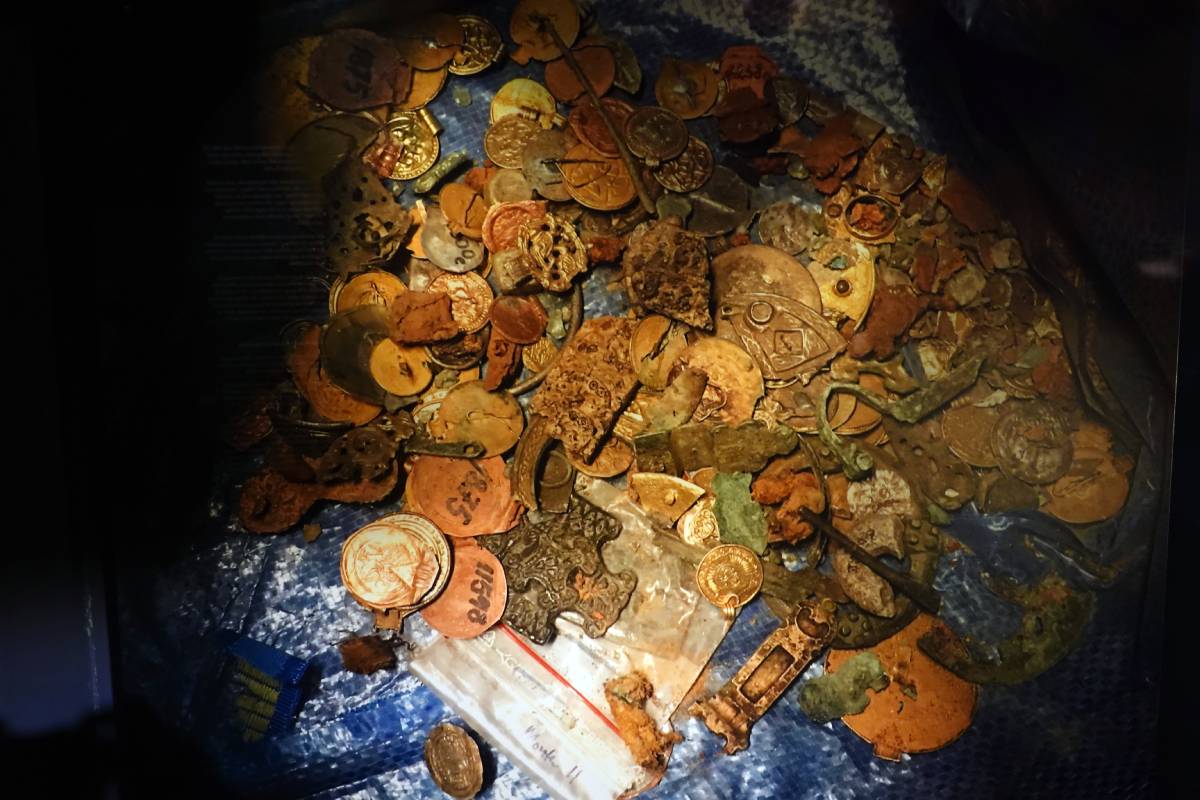 A scandalous robbery of Viking treasure from a Bergen museum shocked Norway. Here’s what happened 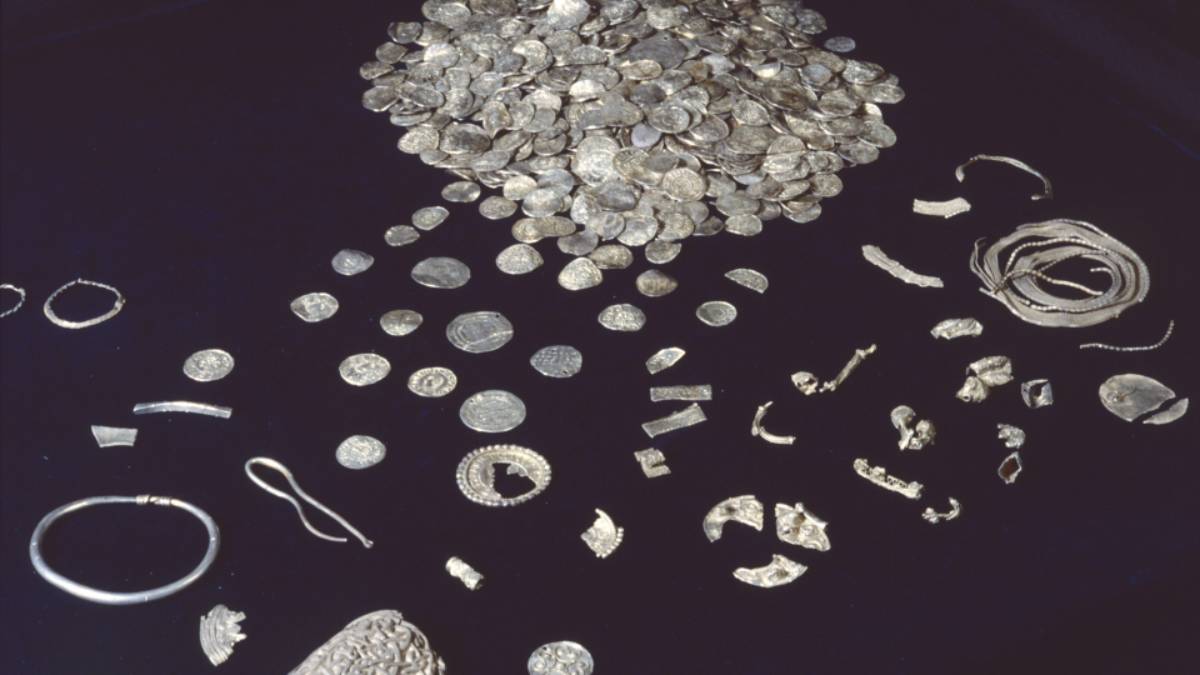 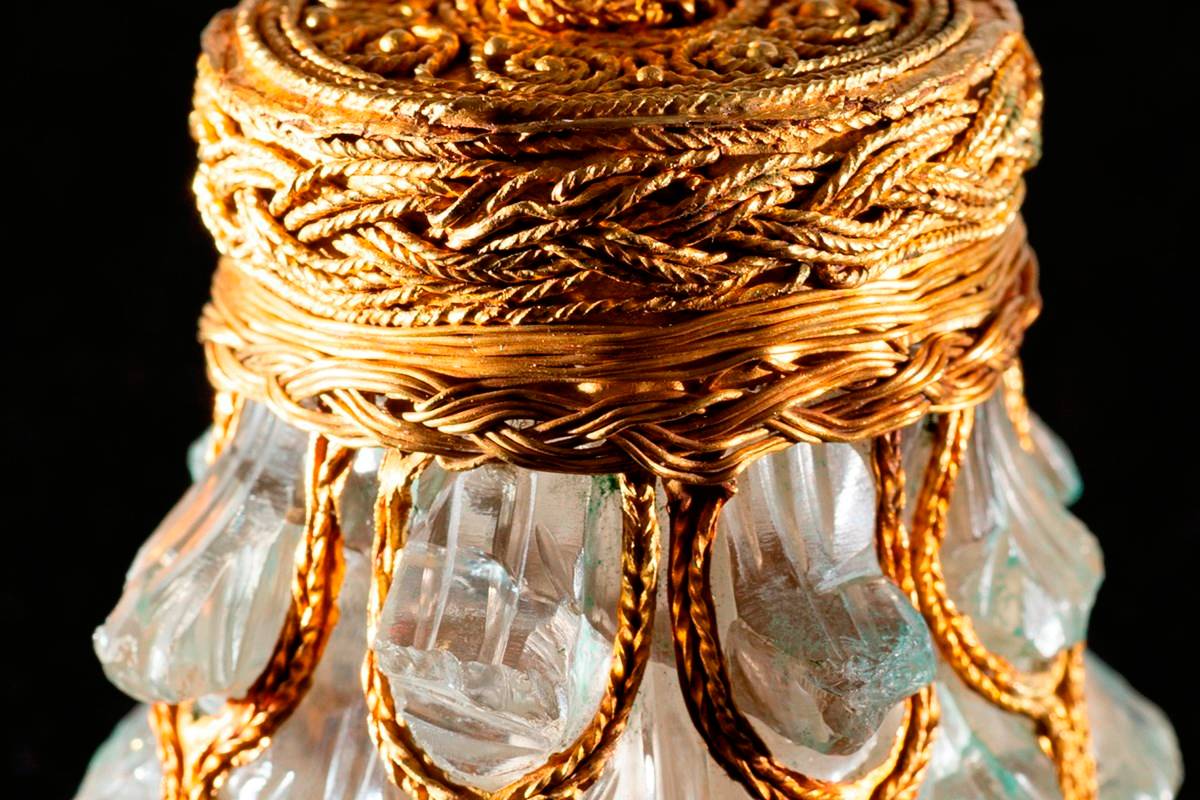