Many Western countries, including those in Scandinavia, are now seriously rethinking the debate about marijuana. The plant Cannabis Sativa has a bit of a bad wrap nowadays throughout Scandinavia. 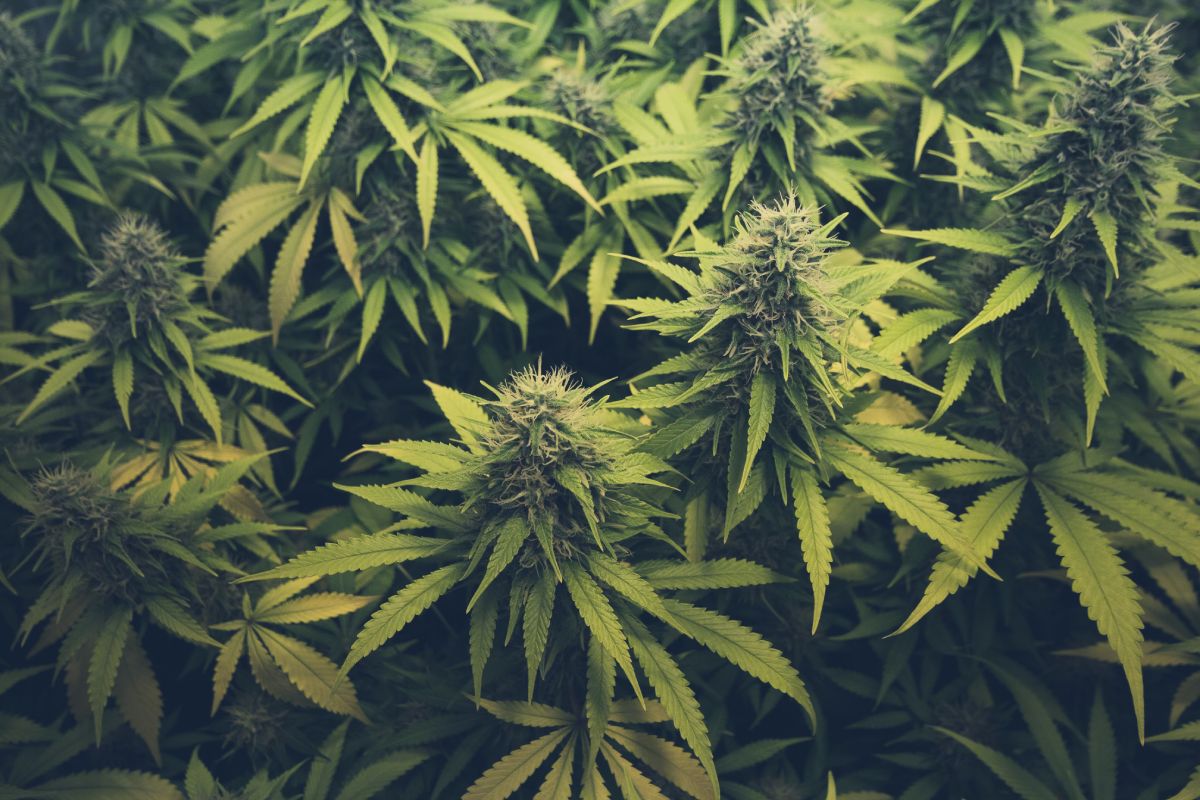 Hemp has been grown, in Northern Scandinavia, for more than a millennium, since the very dawn of the so-called "Viking Age." Source: hanohiki / Shutterstock

Research has found that the plant has been grown, in both Sweden and Norway, since at least the early medieval period. However, the plant was grown for its use in both coarse and household textiles.

In fact, one of Sweden's most famous wall hangings was made from hemp. So did the Viking really think hemp was dope or just a high-maintenance plant?

Contemporary Swedish and Norwegian attitudes towards the use of marijuana are little-changed since the first national drug laws came into effect almost a century ago.

In Norway, farmers had been growing hemp (Cannabis Sativa) for use in textiles for hundreds of years before the government banned its growth, production, and sale in 1964. Sweden's first national laws, in the late 1920s, made marijuana (and hemp) illegal. Whilst marijuana use for medical purposes is quite common in Norway, in Sweden, it is so tightly controlled and regulated to make it almost impossible to obtain.

So how can a simple plant, Cannabis Sativa, arouse so much fear? The plant, when smoked, like other drugs, releases neurons that release high levels of dopamine levels. Furthermore, it contains THC, a psychoactive chemical that produces the hallucinatory effects that have spurned a plethora of art pieces, songs, films, novels, and late-night kebab runs.

Yet this is a plant that has been grown, in Northern Scandinavia, for more than a millennium, since the very dawn of the so-called "Viking Age." In fact, a 2013 study shows that the growth and production were far more widespread than previously imagined.

It was, however, for its properties to help produce textiles, rather than any hallucinatory effects, that people in Viking societies grew the plant for. So, what were Vikings doing with hemp?

Finds in both Sweden and Norway

The most recent archaeological evidence has shown that hemp has been grown, in both Sweden and Norway, since late antiquity. In Sweden, evidence of hemp pollen was discovered near Jämtland, dating somewhere between 100 – 200 CE. Across the border, the earliest discovery was from the Oslo inner fjord area, where both hemp and flax pollen was found dating from 350 – 450 CE.

However, production appeared to increase as late antiquity gave way to the early medieval period as farming and agricultural methods improved somewhat.

It appears that by the early medieval period, hemp was being used to produce textiles. Plant fiber textiles do not normally preserve well given the harsh climatic conditions. However, a woven tapestry made of wool, along with hemp, was uncovered amongst the archaeological treasures uncovered in the Oseberg Viking Ship in Vestfold, Norway.

The ship is believed to have been buried in approximately 800 CE. With the same amount of historical and archaeological fame is the Viking site at Lake Bïrka, just near Sweden's capital, Stockholm. Here again, both hemp seeds and the remains of plant fiber textiles have been uncovered at what is believed to be Sweden's first Viking city.

Forty-five graves were analyzed in the 1930s by Agnes Geijir and are believed to contain hemp textiles fiber, but serious analysis is yet to be undertaken. 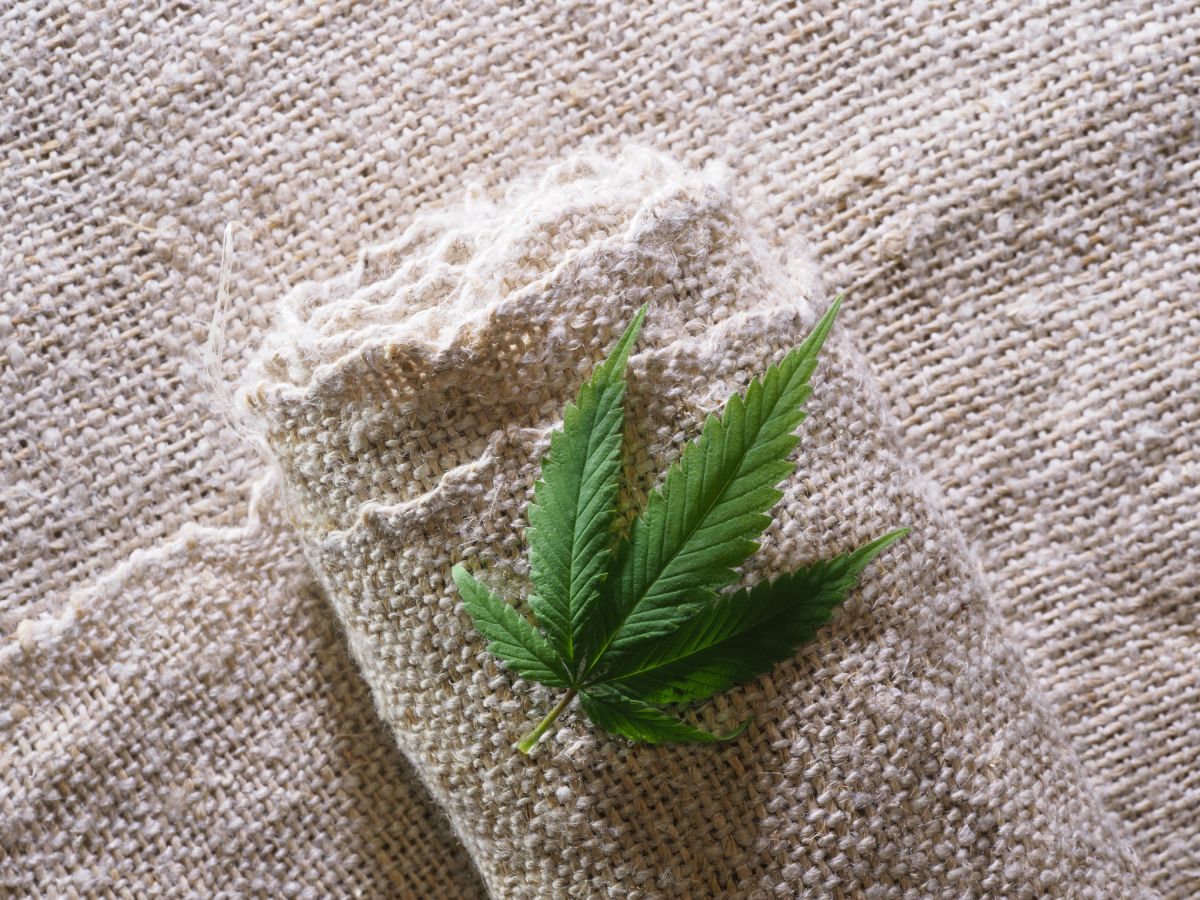 Up until the 2013 study, most of the academic literature, and common perceptions, focused on hemp being produced for use in coarse textiles.

Despite the fact that both hemp and flax plants were found throughout Norway and Sweden, it was believed that only fibers from flax were used to produce household and clothing textiles. Hemp, it was believed, had coarse fibers and therefore was assumed to only be used in the production of sail cloth or rope.

Yet the 2013 study went about trying to prove that hemp was also used in finer textiles. Some of the most iconic and well-preserved textiles, dating from the Viking Age, are the Överhogdal tapestries. Rediscovered in the local Överhogal village church during renovations in 1909 CE, recent radiocarbon testing has dated them to have been produced between 1040 – 1170 CE, towards the end of Sweden's "Viking Age."

Consisting of 5 elaborately decorated and woven tapestries, each was analyzed during the study, and two were discovered to contain a combination of hemp and flax.

Similar tests were done on the Lomen coverlet, a similar era tapestry that now takes pride of place in Norway's newly renovated National Museum. Again, the previous assumption was that the tapestry contained a combination of flax and hemp fibers.

The study conclusively proved that hemp was not only used for coarse textiles, which were much more common and thus cataloged, but also for rarer, more elaborate, fine, and decorative household textiles like tapestries.

Why the use of hemp, then?

Agricultural and farming techniques, during the early medieval period, throughout Viking societies in Norway and Sweden, simply did not have the level of knowledge or sophistication that is evident there today.

Local communities had to adapt to their environment and use what was available. The ease at which hemp can be grown in relatively bad conditions – muddy soils, soils with a high pH level, or those not adequately tendered to – made it a perfect crop for Viking-era societies with more basic agricultural skills.

People in Viking-era societies had to adapt to the often harsh climate of Scandinavian countries like Sweden and Norway. The use of hemp – for both coarse and household textiles – was just one way that the Vikings adapted, improvised, and overcame local environmental conditions.

To read the groundbreaking 2013 study on hemp analysis, click here.

Vikings and hemp Viking agriculture Viking farming
Do you have a tip that you would like to share with The Viking Herald?
Feel free to reach out to discuss potential stories that may be in the public interest. You can reach us via email at hello@thevikingherald.com with the understanding that the information you provide might be used in our reporting and stories. 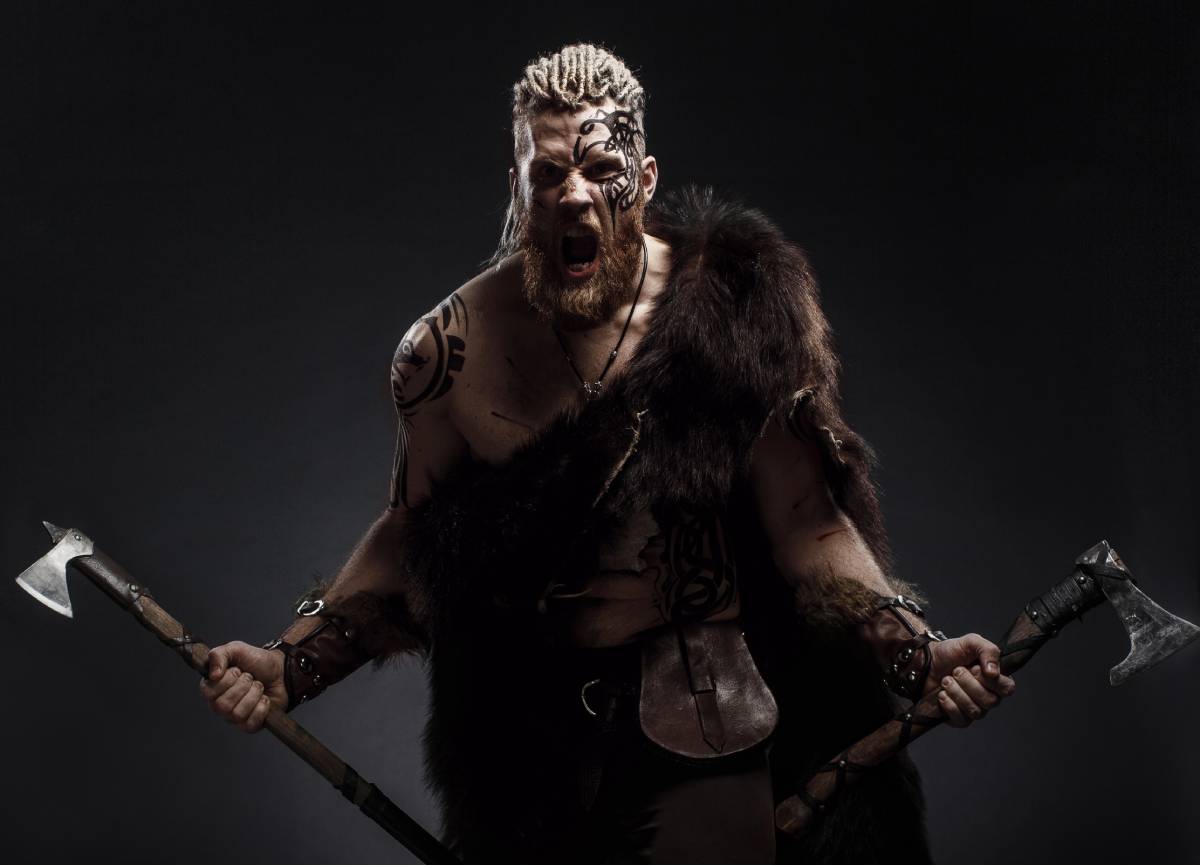 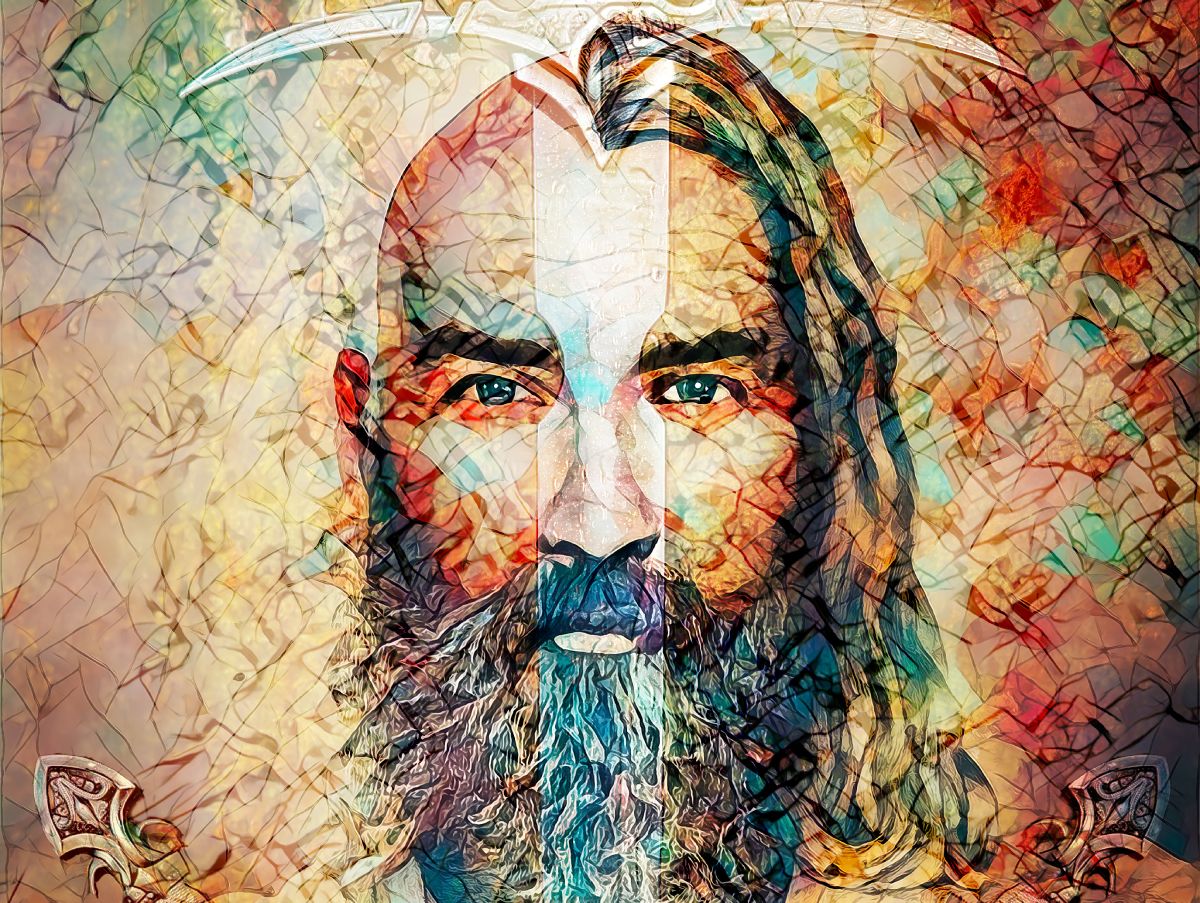 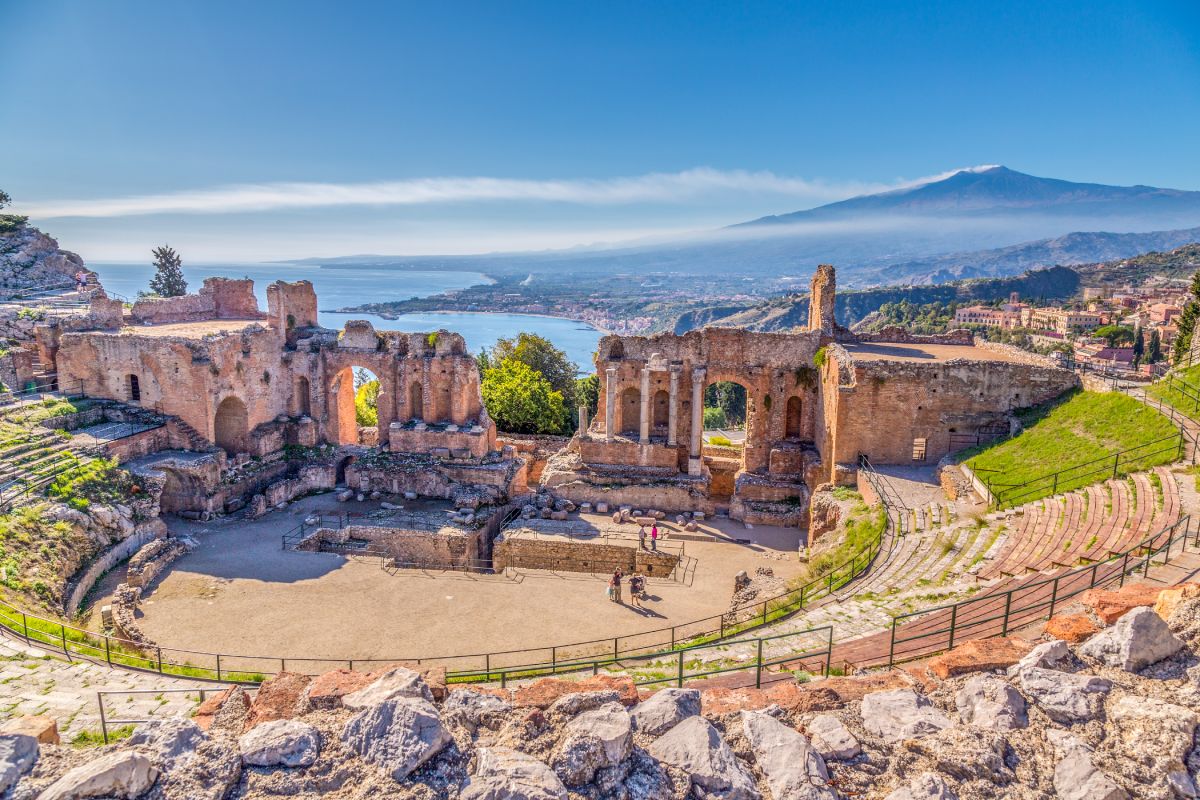