How do you build an authentic Viking ship from scratch? We ask Ragnar Wergeland, head of a far-reaching project to construct the Hardraade, using the skills and materials of a millennium ago. 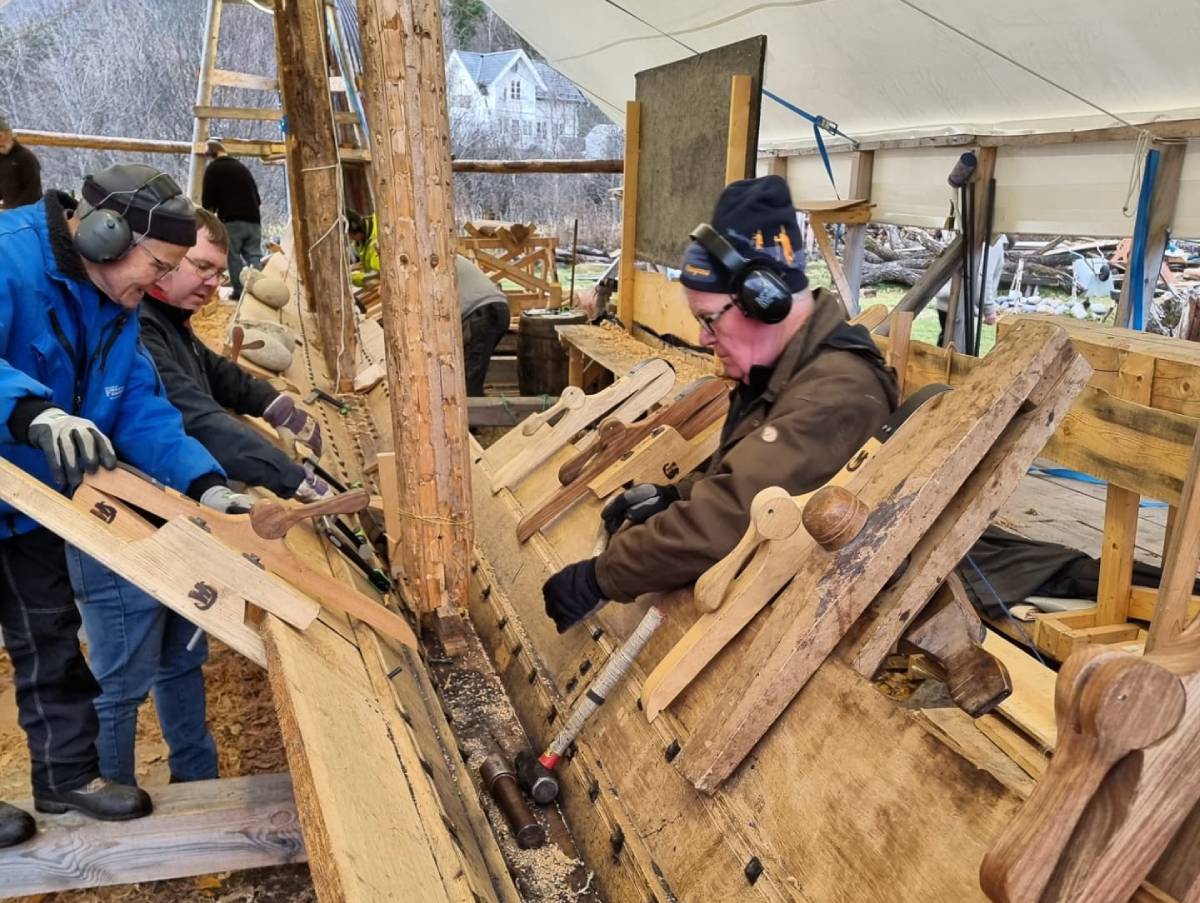 On a good Saturday, there are, on average, between 30 and 35 volunteers at the ship construction site. Source: Viking Ship Association Hardraade

A team of experts, enthusiasts, and volunteers is building an authentic, full-sized reproduction of an original Viking ship, named after a Norwegian king who ruled 1,000 years ago.

Harald Hardraade (1015-1066) came from Stein Gård in Ringerike, near Tyrifjorden, where the ship is due to set sail in 2024. The Hardraade will be decorated in the so-called Ringerike style from the time of his reign.

Construction has required the use of many traditional crafts, from plank carpentry to tar production. The Hardraade Viking ship association has a large group of volunteers making garments and equipment. Nearly all garments are made authentically, by hand, in shape and design, as well as materials and techniques.

Once all is ready, the aim is for the ship to operate as an inclusive center for education and craftsmanship. Training sessions will also be held on board the vessel in the summer.

The Viking Herald met the head of the association overseeing this far-reaching project, Ragnar Wergeland.

The Viking Herald (TVH): What was the idea behind the Hardraade Viking Ship project, and how did it develop?

Ragnar Wergeland (RW): The idea came from a similar project in Tonsberg on the southeastern coast of Norway. This was the reconstruction of the Oseberg, a ship launched in June 2012.

Having participated in that build, I took the idea with me to Ringerike, 120km north of Tonsberg and 50km northwest of Oslo. The idea was to showcase the rich Viking heritage of Ringerike, which otherwise has no other platform of this kind in the modern world.

The project was initiated in late 2016, with some public funding obtained for a pre-project in 2017. We outlined our fundamental reasons for creating a platform to showcase Viking history, crafts, and culture, where the public could take part and ultimately row and sail in a full-scale Viking ship.

With this good base of volunteers, next came funding. The local Savings Bank Foundation of Ringerike and Hadeland responded to our application, putting up 1,500,000 kroner (around 150,000 euros), provided we matched it with the same amount from official sources. By June 2021, this was in place, so we could start work. 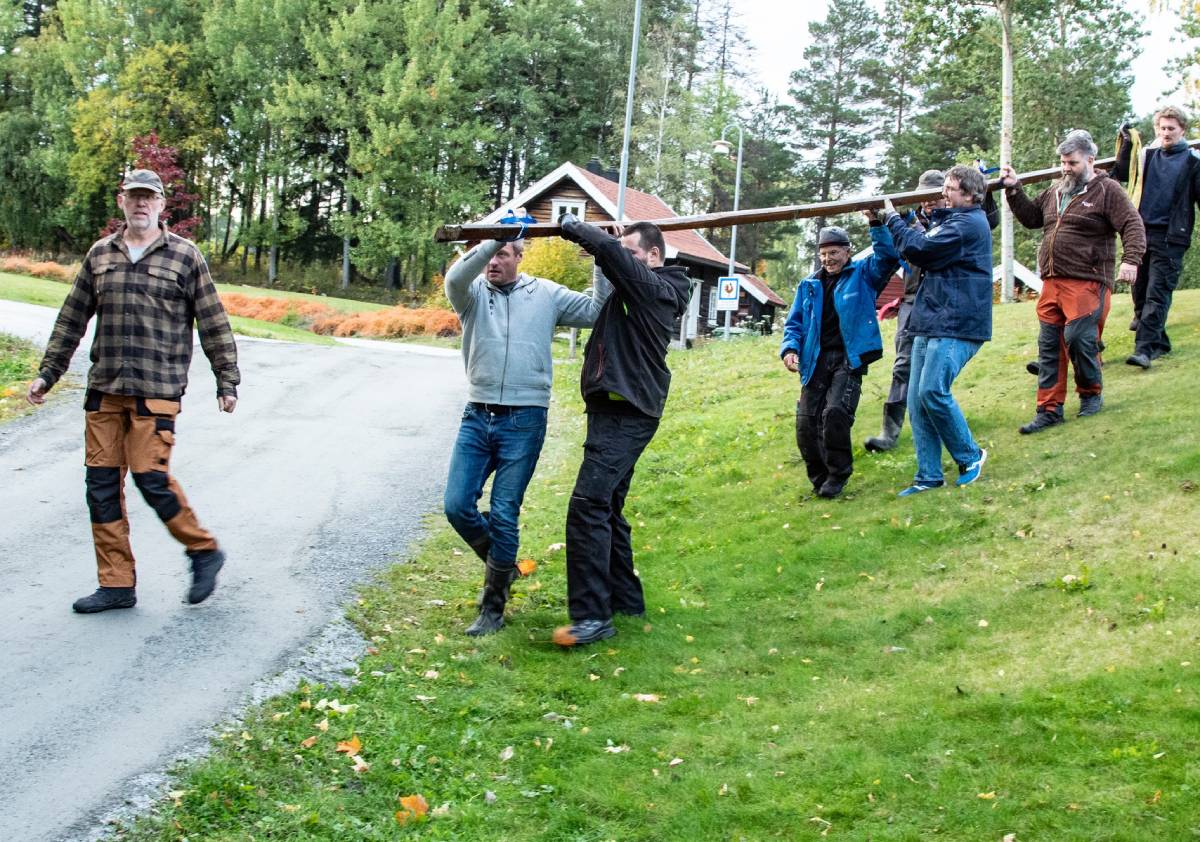 TVH: Please tell us something about the ship and the materials required to build it.

RW: It’s a replica of an archaeological find from Klaastad in Vestfold, Norway. A wreck partially washed ashore; it was dug out in the 1970s. It is believed to have been a cargo or merchant ship rather than one built for warfare. The original was built around 990.

Our ship is 20.3 meters long, and around five meters wide and its depth under water is 0.8 meters. The height of the mast is 12 meters, but it can be folded down on the rare occasions when we might cross under a bridge. The ship will have 28 rowers and a crew of three to seven members.

We use Viking-age tools, crafts, and materials, which is time-consuming but learning the skills and communicating them are a main part of the project.

The first stage was to make authentic tar from pine. Extracting tar from pine wood is a process that has its roots way back in the mists of time. This was a process practiced in many farms and communities right the way through to the 20th century, before industrial production took over.

It requires a heap of pine wood, preferably the roots, with a high content of resin called tyri. This tyri wood is built as a cone over a shallow pit. Around it is stacked a layer of firewood. As the firewood burns, the resin boils out from within the cone, resulting in an oil that runs down into a tube below the pit. Our tyri pit produced some 300 liters after burning twice, from a stack of four cubic meters each time. This process ran from September 2018 until May 2019.

Stage 2 was to construct the scaffolding and bedding to build the ship. We built a wooden framework of 25x10 meters, made up of crossbeams 8x8 inches thick and side beams of 6x6 inches. Down the middle of the bedding is a foundation of shorter beams that the keel will sit on.

Stage 3 required collecting the materials, the wood, for construction. The first pieces of oak we got were two tall trees that became the keel and what we call the meginhufr, the great board that acts as a second keel.

The log for the keel stood at 17 meters, and the keel part of the ship was 16 meters. The meginhufr on each side of the hull is well over 13 meters in length. The main tree trunks, of oak, were bought from Denmark. These are made into planks for the hull.

Stage 4 was to produce all the rivets, washers, and other iron pieces. For this, we installed a blacksmith with two forges and half-a-dozen anvils, involving up to six smiths working at the same time.

They are all amateurs, given a short introduction by experts with a knowledge of ancient crafts, to forge saum, the rivets, and roe the washers, from iron. The type we make are replicas of the ones used in the Oseberg, built around 820. We require some 4,000 of each for the hull. 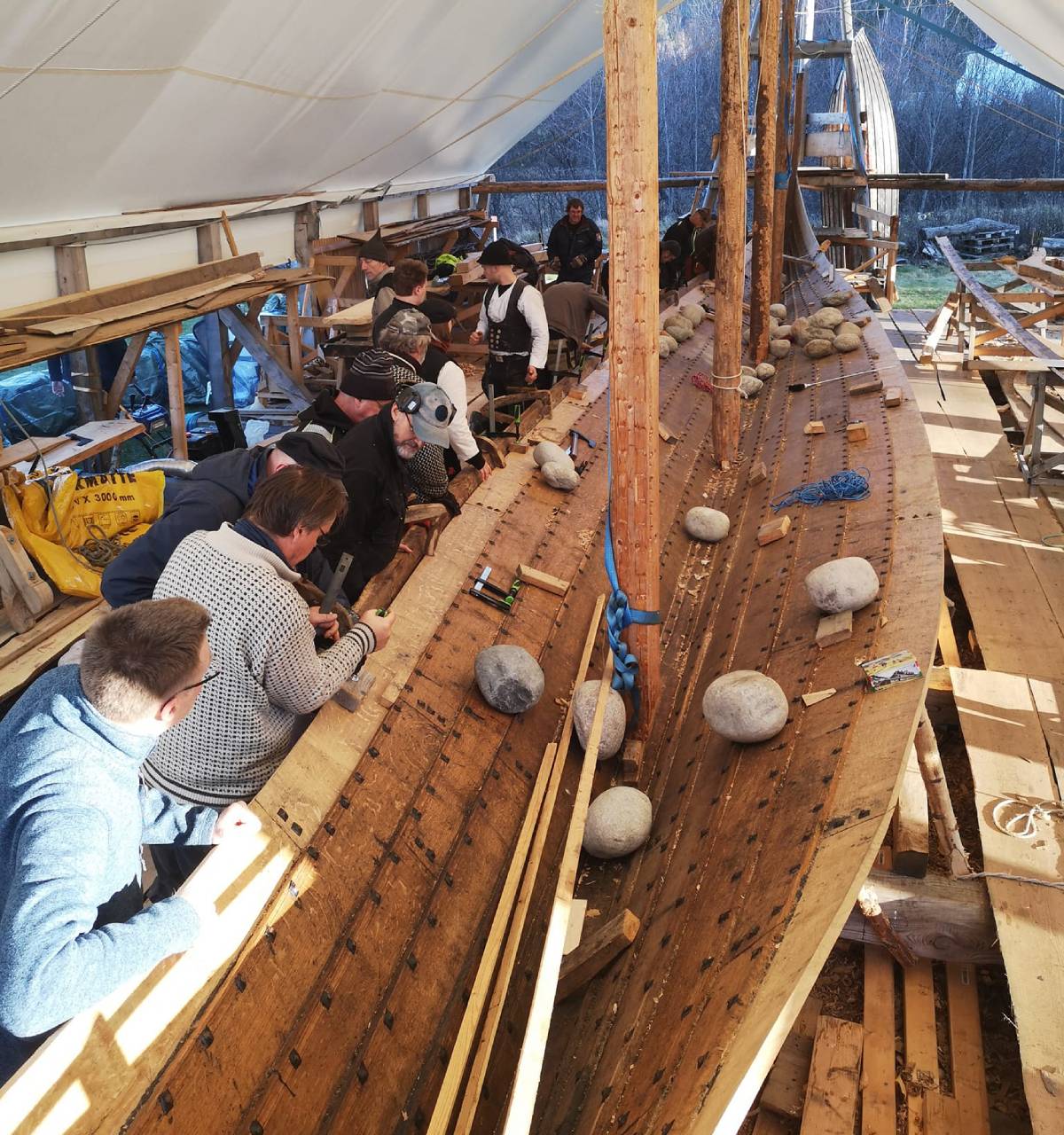 According to Ragnar Wergeland, the current plan is to launch the ship in the late summer of 2024. Photo: Viking Ship Association Hardraade

Stage 5 is to build the ship. For an authentic, durable, and seaworthy ship, you need experienced shipbuilders with first-hand knowledge of wooden boats, preferably Viking ships. One of the best in the field is Jan Vogt Knutsen, and ours is the fourth such ship he is building. He heads up the construction, assisted by Axel Lindstrom, also a qualified boat builder. Axel was an apprentice when the Saga Farmann was built in Tonsberg and launched in September 2018.

The construction of the ship starts with stretching the keel. This is the first part of the ship put in the bedding and locked into position. We put the keel down in June 2020.

Parallel to building the ship, we are also making our own sail. Woven from wool in the same pattern as the sail of the Oseberg, it will have a high degree of authenticity.

Given the COVID regulations and limitations, we fell behind schedule to be ready for 2023, and the current plan is to launch the ship in the late summer of 2024.

This will be the main cultural event for the whole region. Hopefully, with good maintenance, it will sail for 50 years at least.

TVH: What about your volunteers? How do you get involved?

RW: We are open to anyone who wants to join. To become a volunteer doesn’t require any long-term commitment; everybody participates as often and as much as they like.

There are dozens of different tasks to be done. People from all walks of life and all kinds of professions. We attract people from near and far. Apparently, this is a magnet for expats, to date, there have been some 20 different nationalities taking part, so it’s a multicultural project if you like...

What’s important is that people are welcome, no matter who or where they come from. On a good Saturday, there are, on average, between 30 and 35 volunteers at the construction site. In addition, we have a whole side project of wood carvers, sailmakers, cooks, textile makers, and those dealing with administration and organization.

We also hold open days when we invite the public, plus we often have organized groups visiting, even guests from the nearby Sundvolden Hotel.

For those wishing to visit, Ragnar Wergeland recommends using the park4night app to park your camper van via this link.

Viking ships Viking ship replica Viking ship Hardraade Ragnar Wergeland
Do you have a tip that you would like to share with The Viking Herald?
Feel free to reach out to discuss potential stories that may be in the public interest. You can reach us via email at hello@thevikingherald.com with the understanding that the information you provide might be used in our reporting and stories. 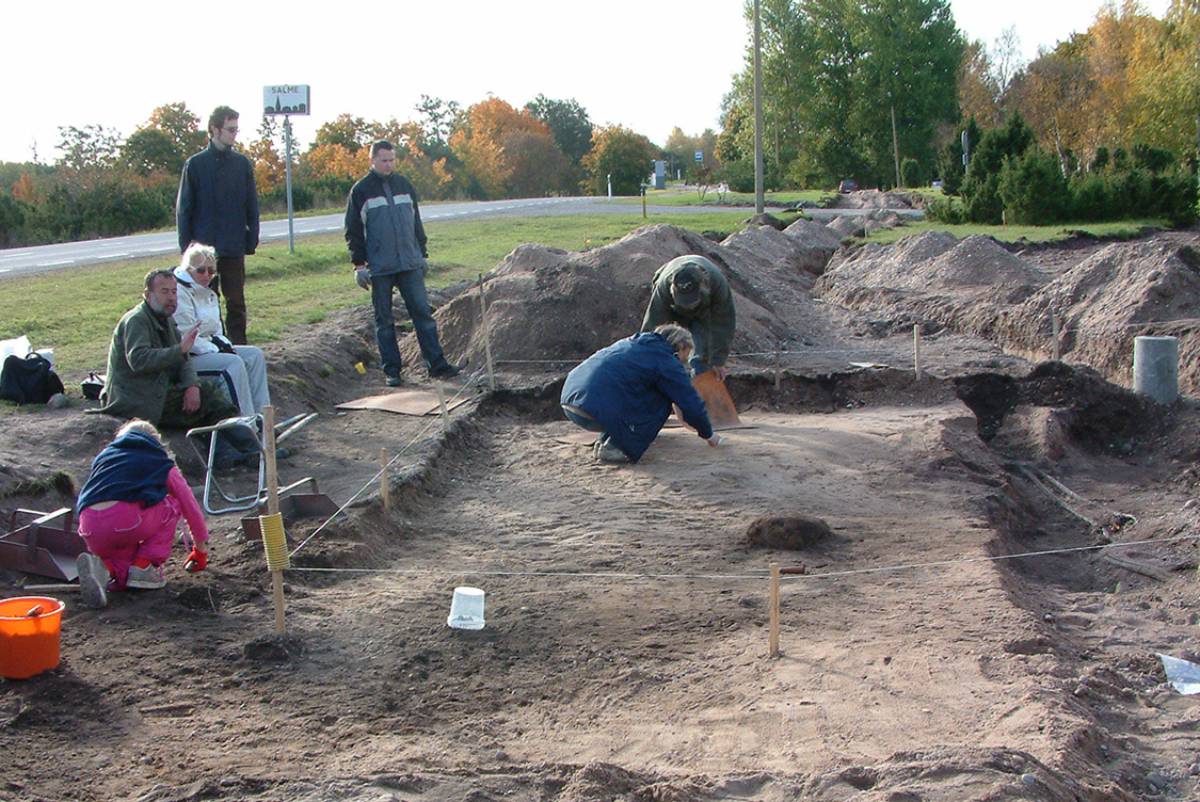 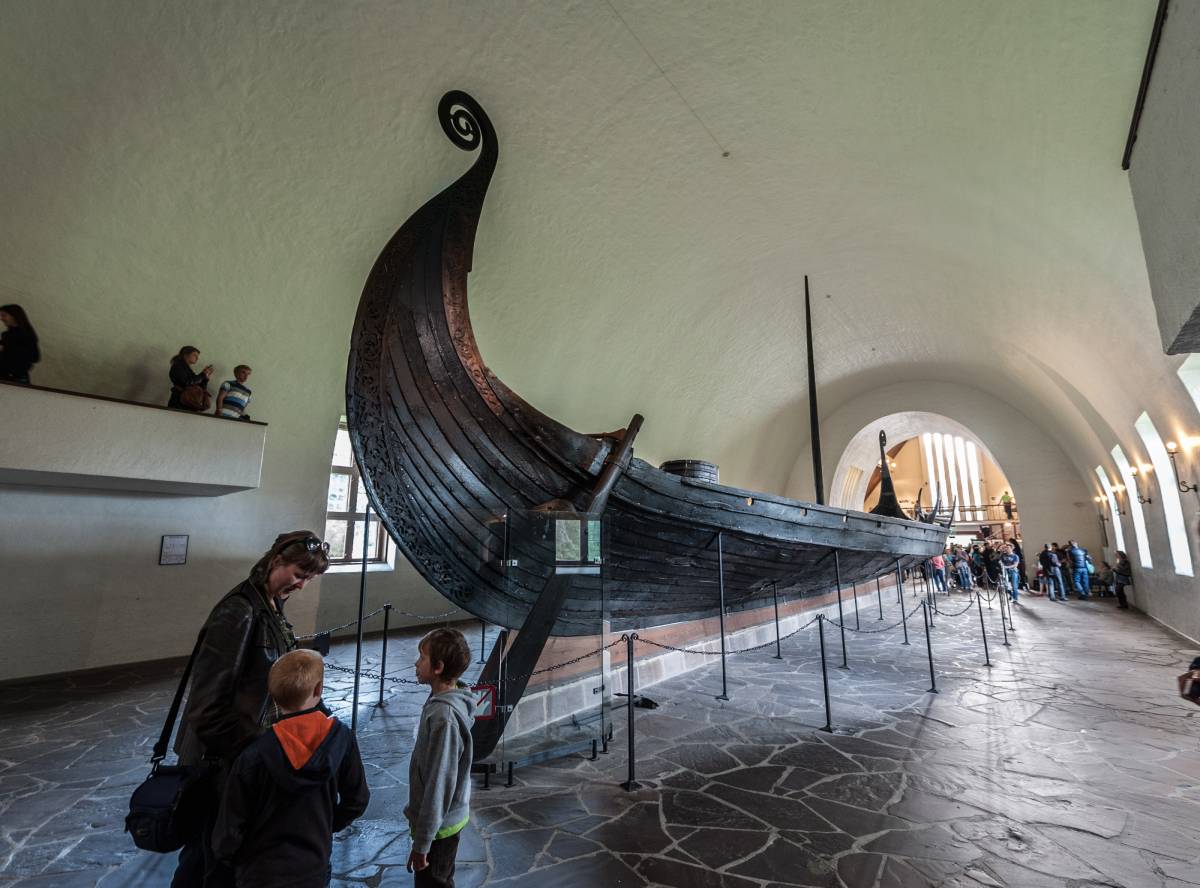 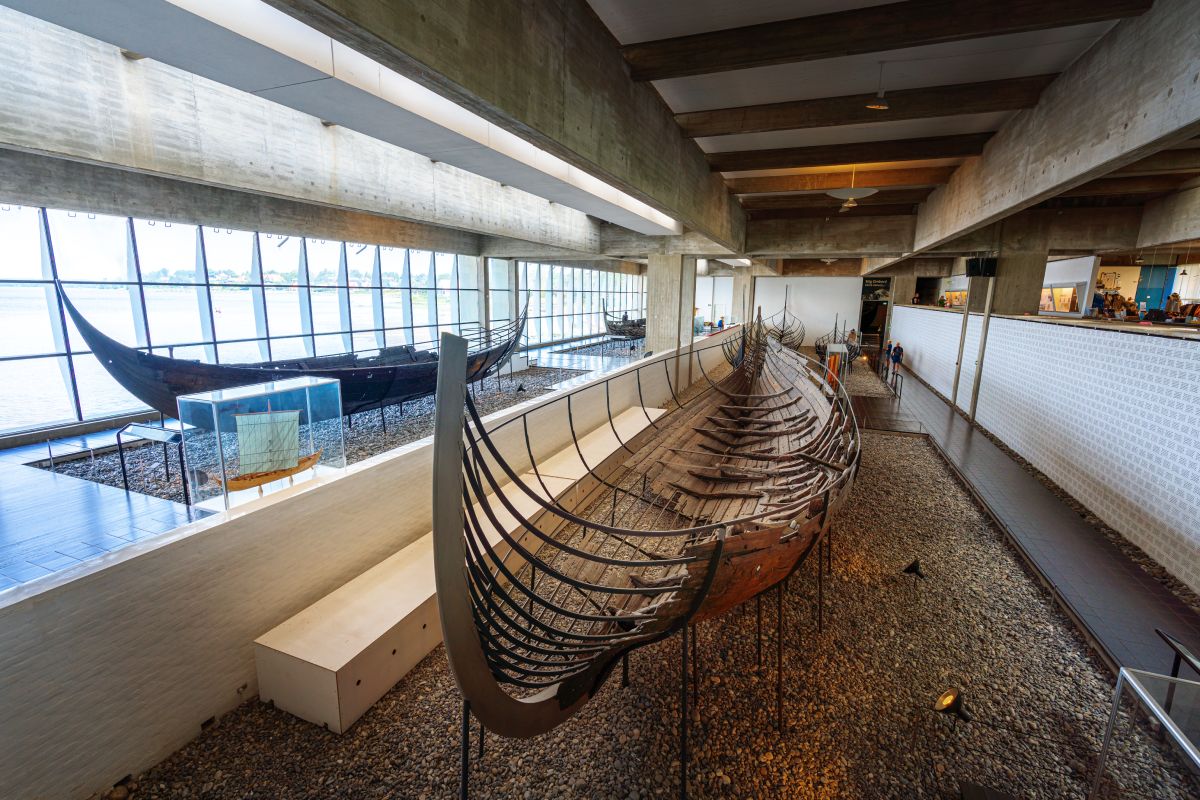