What you need to know about Ribe, the oldest town in Scandinavia

During the early medieval period, Ribe established itself not only as Scandinavia's first town but also as a bustling entrepôt at the center of the Viking world. 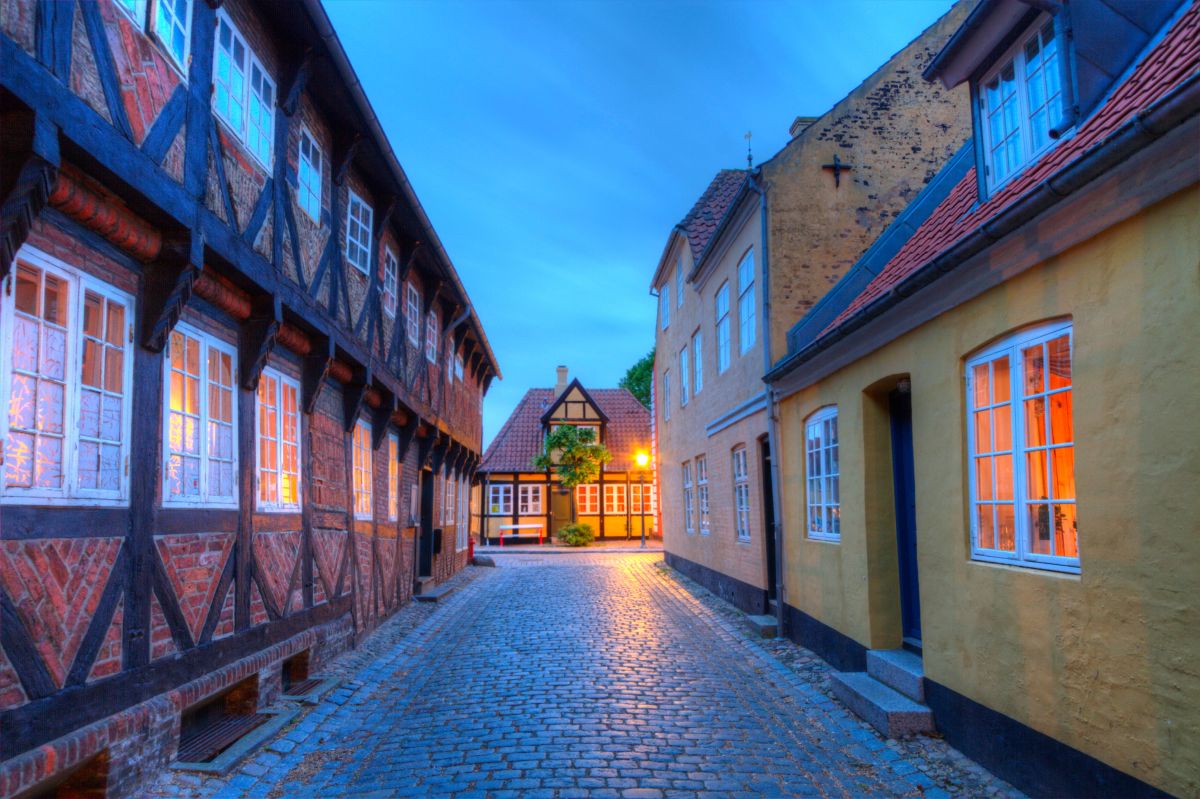 With a current population of just over 8,000, the western Danish town of Ribe's size hardly underscores a rather hidden great history.

The area that forms the modern nation-state of Denmark has been populated by several prehistoric peoples, and civilizations, since the end of the last Ice Age.

With temperatures rising about 13,000 years ago, the Weischel glaciation – which covered much of what is now Denmark – receded, and humans could finally establish permanent habitation.

However, it wasn't until the Pre-Roman Iron Age (c. 4th – 1st century BCE) that the climate in Denmark became cooler and wetter, affecting agriculture and setting the stage for migrations furth southward into what the Romans called "Germania."

The then Roman Empire, Europe's preeminent civilization of the day, had limited contact with people living on the Jutland peninsula and in what is now Denmark.

Though Roman legions never marched this far north, there is rich archaeological evidence that Roman societies and the Danes had contact through mostly trade with hordes of coins uncovered throughout Denmark.

By the 1st century CE, it appears that alliances had been made with Danish political elites and that mercenaries had served with the Roman army.

Friction on the southern border

The first mention of the Danes as a Germanic tribe comes from the 6th century CE work, Getica, by Procopius.

Their language was Old Norse which linked them with the peoples further north on the Scandinavian peninsula in what is now Finland, Norway, and Sweden.

The 12th century CE Danish author, Sven Aggesen, wrote that the mythical King Dan gave his name to the people that would inhabit this northern area of Europe.

Following the collapse of the Western Roman Empire in the 5th century CE, Europe experienced generations of population migrations, with people flowing westward from Eurasia.

Population pressure and climate change saw the Danes move southward into Germania, creating friction with people from Roman societies and especially the Jutes, another Germanic tribe.

This led to the Danes constructing a huge series of fortifications, the Danevirke (which would be expanded later in the 8th and 9th centuries CE).

The strategic position of the realm of the Danes, at the northern end of Europe, close to the Scandinavian peninsula, whilst being on the European "mainland," close to the increasingly important realm of the Franks, saw it exploit old Roman trade networks.

From the early 8th century CE, trade bustled so much that there was a need to construct trading towns across the realm. 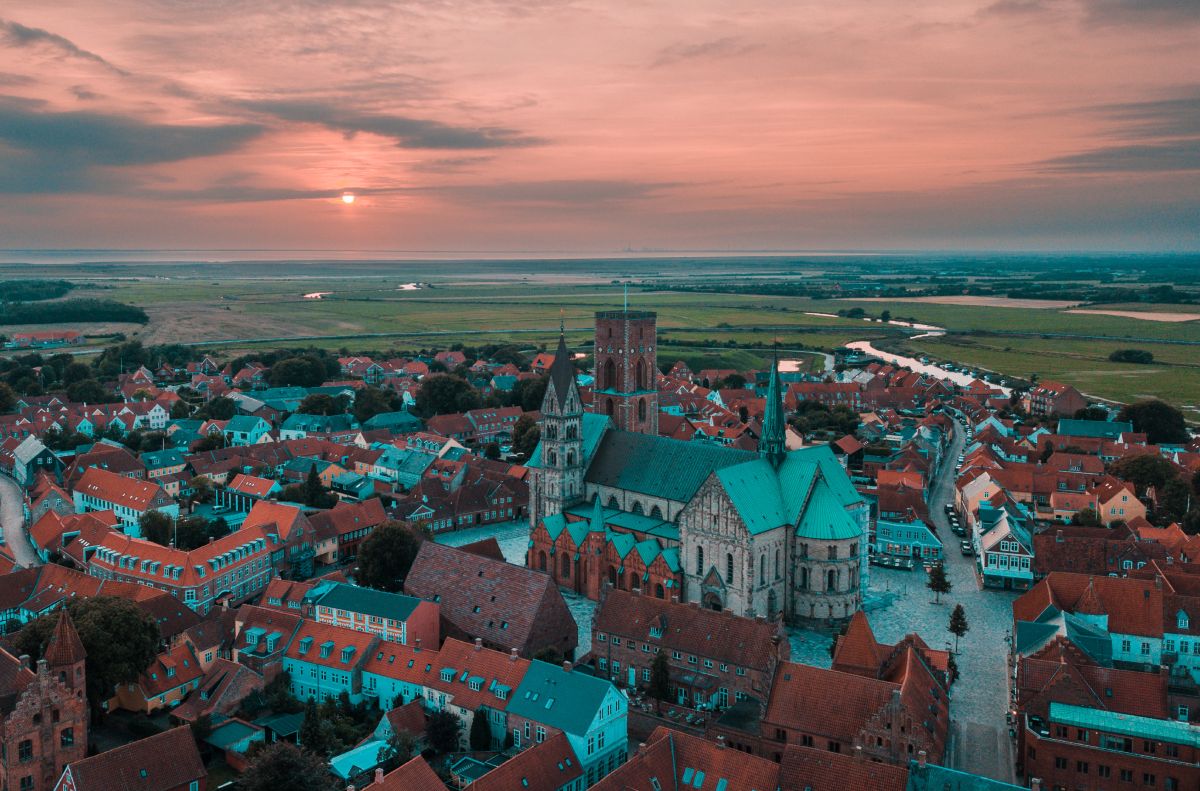 Today, Ribe has a population of just over 8,000 people. Photo: Yorick Leusink / Unsplash

The economic expansion of the Vikings

The factors that led peoples from Viking societies to expand outward from their Scandinavian homelands are the subject of a multitude of books and theses.

However, their outward push, from the late 8th century CE, especially westward towards the British Isles, was a boon for what would become the town of Ribe.

Its strategic position on the western coast of the Jutland peninsula would see it only grow in importance as, particularly, Danish peoples raided and traded both westward across the North Sea and to the northern coastal communities of the Frankish realms.

It was during this time that a marketplace had been firmly established as the Viking world's premier entrepôt, with a focus on trade from the Anglo-Saxon and Frisian realms.

This booming commercial activity is evidenced by the 216 sceteas (a type of silver coin) found just in the surrounds of Ribe, from a total of only 300 uncovered in Denmark.

The coming of Christianity

Ribe prospered and grew as the 8th century gave way to the 9th century CE.

A 2-meter-wide demarcation trench was dug around the town sometime in the early 9th century CE, giving the entire town a total area of some 12 hectares – an impressive size for any early medieval Scandinavian settlement.

This was later replaced by a moat, later in the century, to further protect the riches of the Viking world's most lucrative trading towns.

Whatever its economic importance, however, would be dwarfed by the arrival of Christianity and its implications for this trading town.

Archbishop Ansgar is credited, by historians and scholars, with being the first to arrive in the land of the Danes to Christianize the "heathen pagan" population.

Setting out from his bishopric seat in Hamburg, in what was then the Holy Roman Empire, in 860 CE, it appears he had some immediate luck.

Ansgar requested to the Danish king, Horik II, that a church be built in Ribe, which would shift the political and cultural focus away from the previously important royal capital near Lejre.

Yet Horik was in no mood to act swiftly, and there is only archaeological evidence much later, from the middle of the 10th century CE, that a church was finally built.

What is interesting, however, is that recent archaeological excavations have uncovered the graves of between 2,000 and 3,000 Christians from the 9th century CE, meaning that Ribe had a large and lively Christian community even before the construction of its first Christian church.

Further excavations from about a decade ago have also uncovered the original church that Ansgar is said to have constructed.

However, despite Christianity's seemingly growing importance in Ribe, it was in a precarious position. Following the death of Ansgar's successor in about 888 CE, the church was said to have been burnt down by the now-lapsed pagan population. 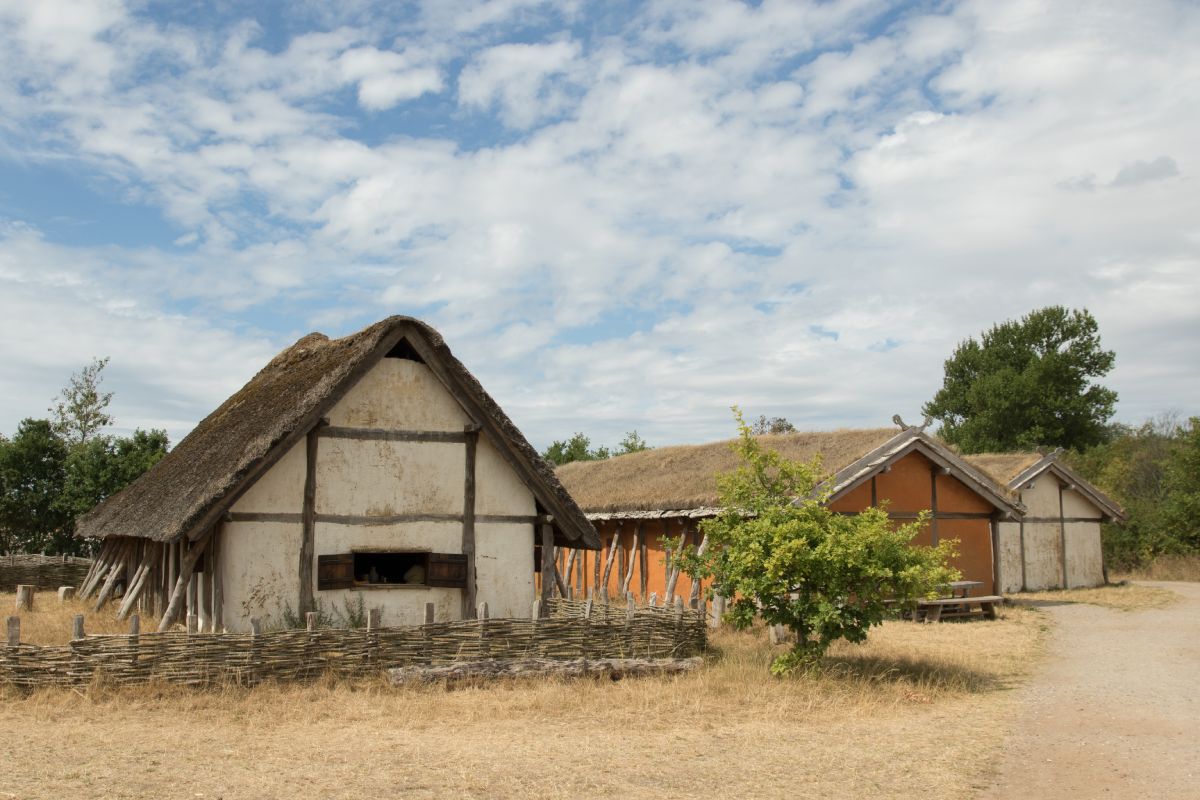 Towards the end of the 10th and into the 11th century CE, Ribe slowly started losing its importance. Photo: Art Wittingen / Unsplash

Following the church's construction in 948 CE and the success that early Christian missionaries had with the local population, the Diocese of Ribe was established.

Leofdag of Ribe had the honor of being consecrated as the first bishop who was authorized by Rome to proselytize all the Danes.

However, his reign proved to be extremely short, as when attending a conference in Ingelheim later that year, he was skewered by an angry housecarl during an argument. He would be revered as a local saint but never officially canonized.

Towards the end of the 10th and into the 11th century CE, it appears that Ribe slowly lost its importance. Although it was still a bustling economic hub, a new royal seat was established at Jelling, further eastward.

The first stone cathedral was completed in 1134 CE. However, this would prove the end of Ribe's national, cultural, economic, and political importance and influence in the now-medieval Kingdom of Denmark.

In 1174 CE, a great fire ravaged the entire town, engulfing much of the bustling market and a plethora of other buildings.

Though the cathedral was affected, it was not burnt down, and it survives today as a testament to the once proud history of Ribe, Scandinavia's oldest town.

For more information on Ribe, visit their Official Tourism Website here, while the National Museum of Denmark has an article on the Christianization of Denmark available here.

Ribe Ribe in Denmark
Do you have a tip that you would like to share with The Viking Herald?
Feel free to reach out to discuss potential stories that may be in the public interest. You can reach us via email at hello@thevikingherald.com with the understanding that the information you provide might be used in our reporting and stories. 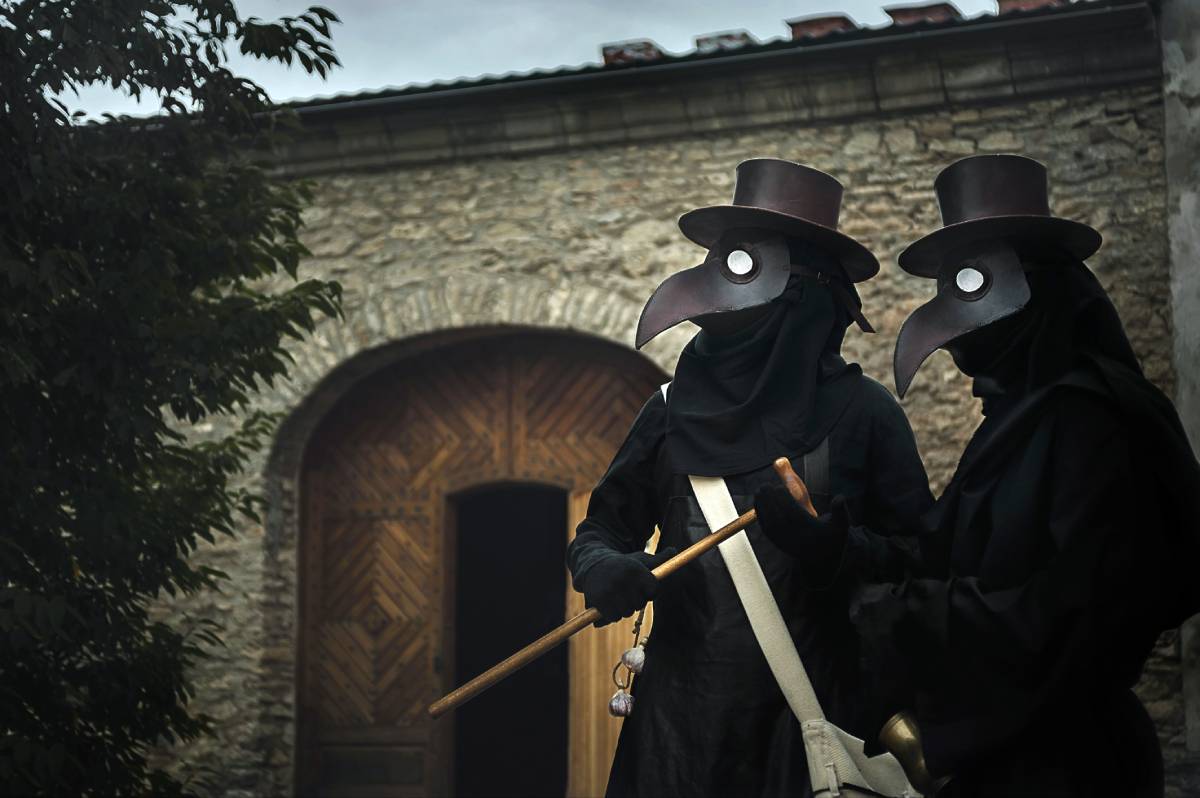 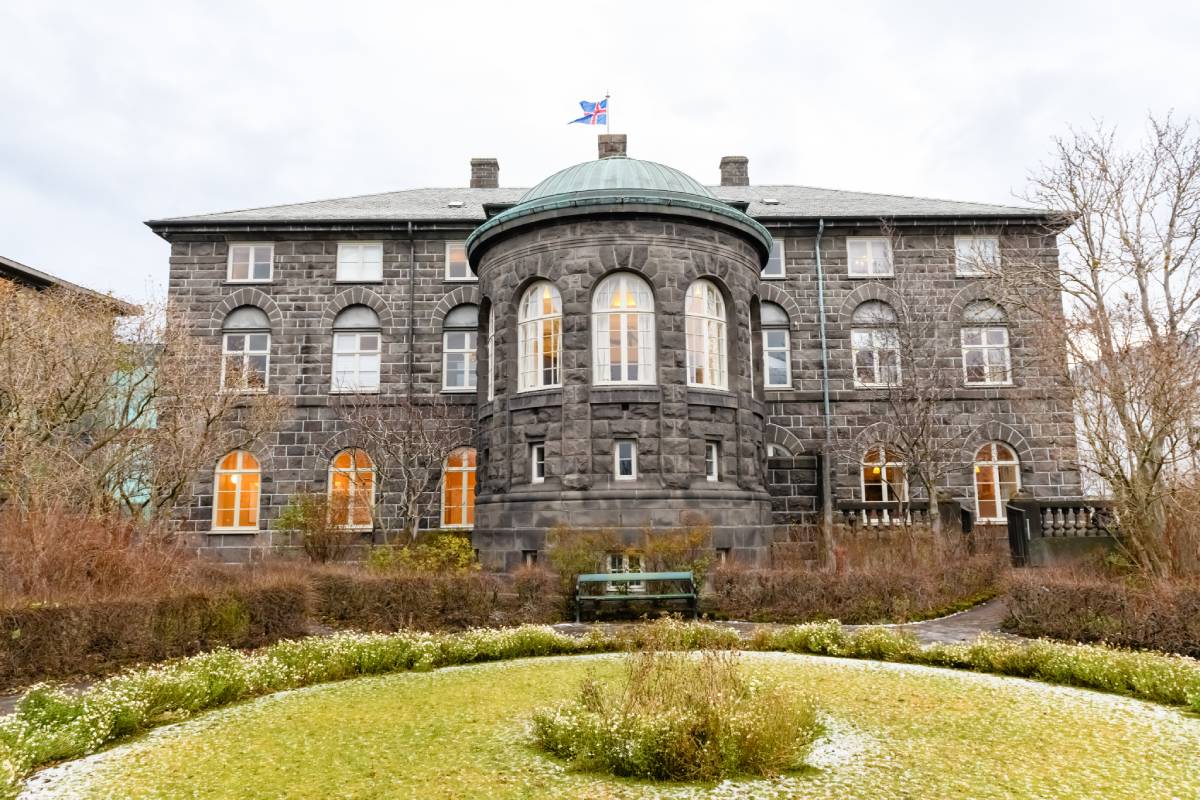 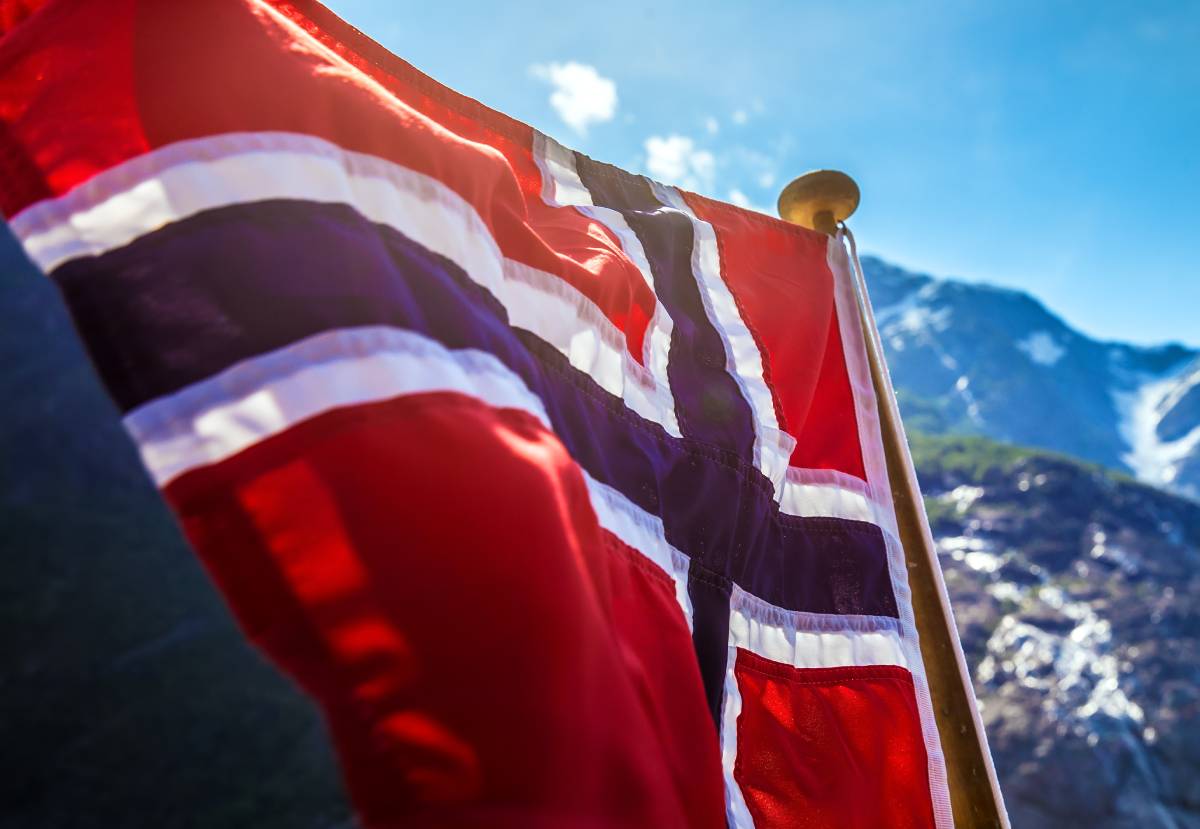 What you need to know about Norway's flag 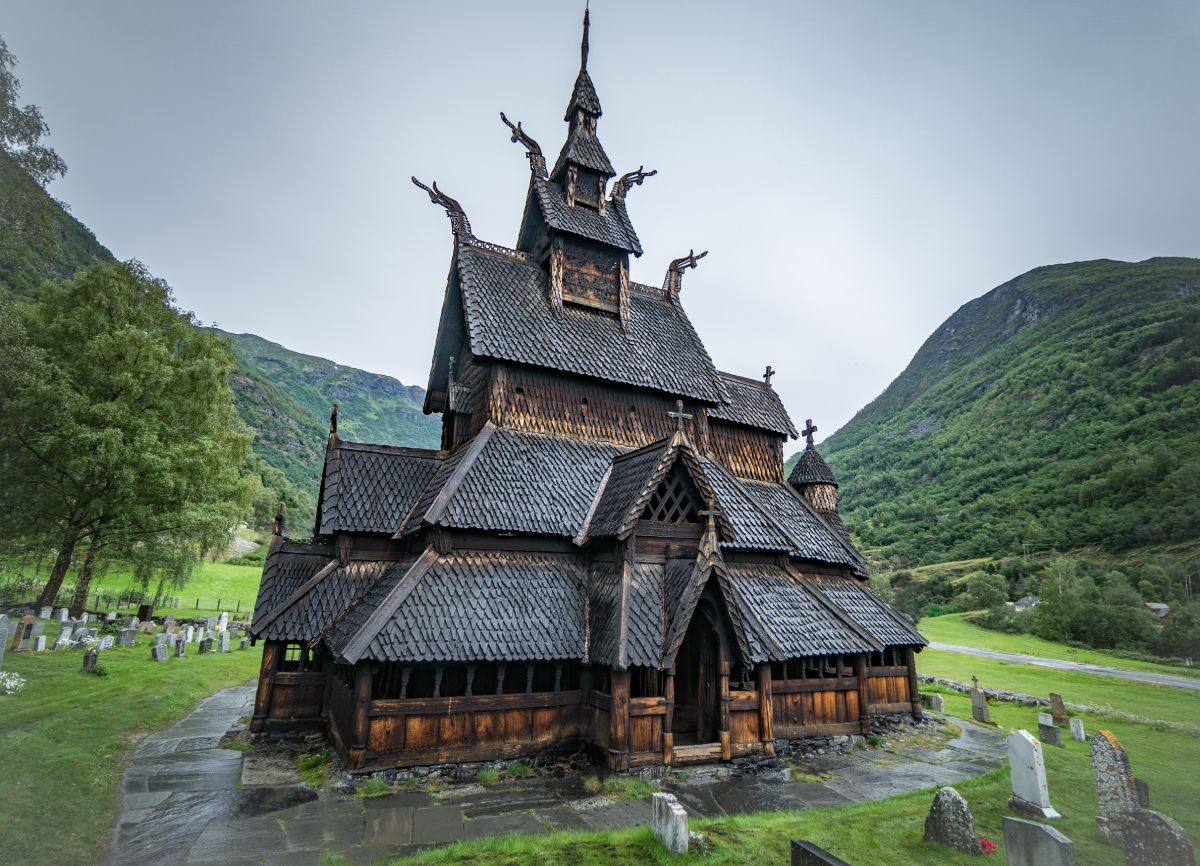 All you need to know about the majestic stave churches