What you need to know about Hnefatafl, the 1,000-year-old Viking board game

Somewhat against the common stereotype, Viking warriors also used their brains just as much as their brawn. The board game, Hnefatafl, an abstract strategy game, was played by people in Viking societies from Scandinavia to Scotland and Russia. 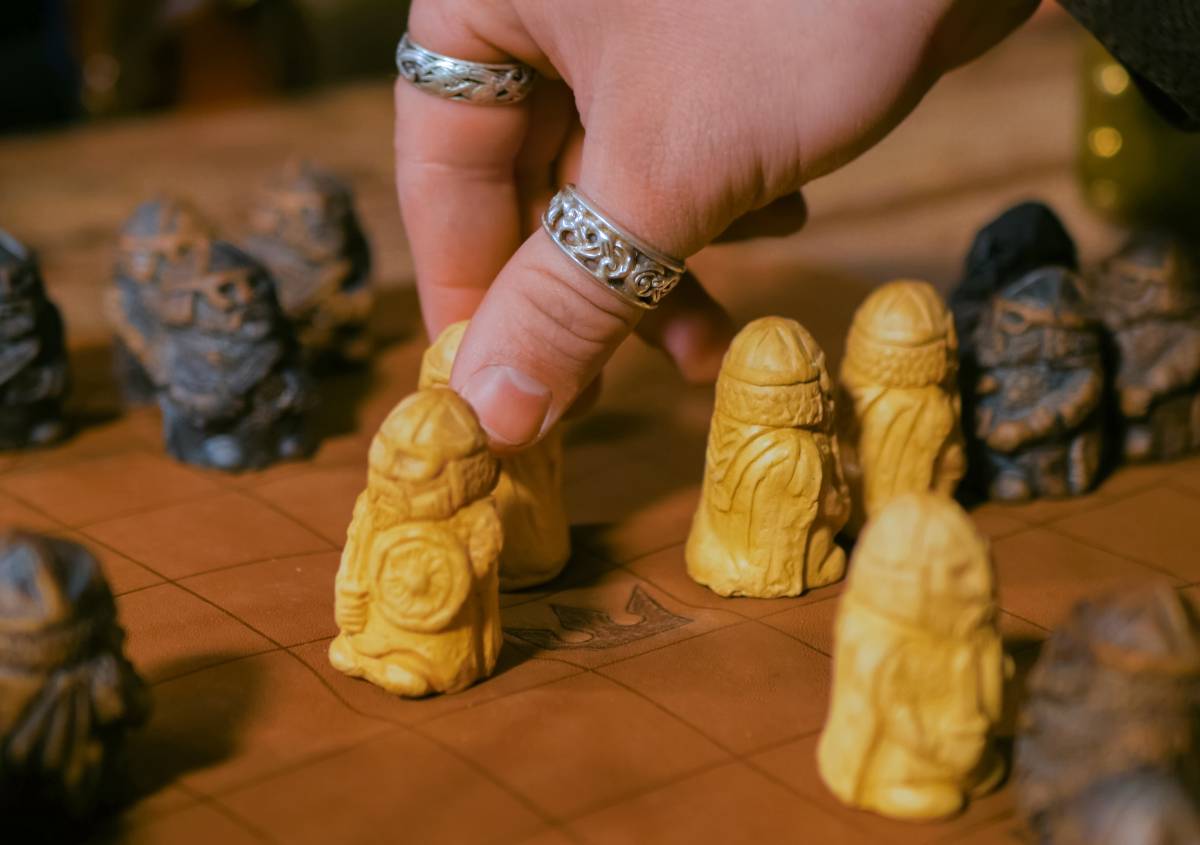 Was this board game just a Nordic version of chess, or did the Vikings use it as a game to help them train their strategic warfare thinking?

A "board game of the fist" but played in the brain

The span of the so-called "Viking Age" saw what would become the three medieval kingdoms of Denmark, Norway, and Sweden take on a multitude of cultural influences from the travels, travails, and tours of their Viking warriors.

Aside from all the gold and slaves brought back, ideas and even new religions (especially Christianity) soon began to permeate throughout peoples living in Viking societies.

One of these ideas was the need to train the strategic thinking of their warriors. Sure, any son of Odin or Thor can practice axe work or sword skill but a true Viking warrior, and cunning commander, would practice sharpening his knowledge as much as his sword.

There then developed a demand, and a need, for Viking warriors to practice their abstract and strategic thinking skills, and a game was soon constructed from the remnants of the old Roman board game, Latruncilli.

This was the game Hnefatafl (meaning "board game of the fist/king" in Old Norse), which has sometimes been referred to, lazily, as "Viking chess."

Yet this Nordic strategic board game is played quite differently from the game that is now called chess.

What are the rules of Hnefatafl?

Hnefatafl was such a popular game with people in Viking societies throughout the early medieval period that it features in many of the Norse sagas (see below).

However, like so much of the early medieval period, there simply are no records or written down rules of exactly how to play the game. The only evidence we have of the game are some pieces and fragments of a board.

Yet this does not mean that all is lost. It appears that the Samí people played a similar game called Tablut. When the great Swedish botanist and zoologist, Carl Linneaus, traveled in the Sápmi (the Nordic cultural region inhabited by the Samí, mostly in northern Norway, Sweden, and Finland), he recorded the rules of this game.

They were then translated from Latin to English during the 19th century CE, and modern attempts have been made at developing Hnefatafl.

Essentially, this two-player game consists of a 2: 1 ratio in pieces. One team is defending a "King" while the other team (with greater numbers) is "attacking" the King.

There is an ongoing academic debate about whether dice were employed during the game, as there is no record of their use in the sagas or any archaeological evidence discovered. 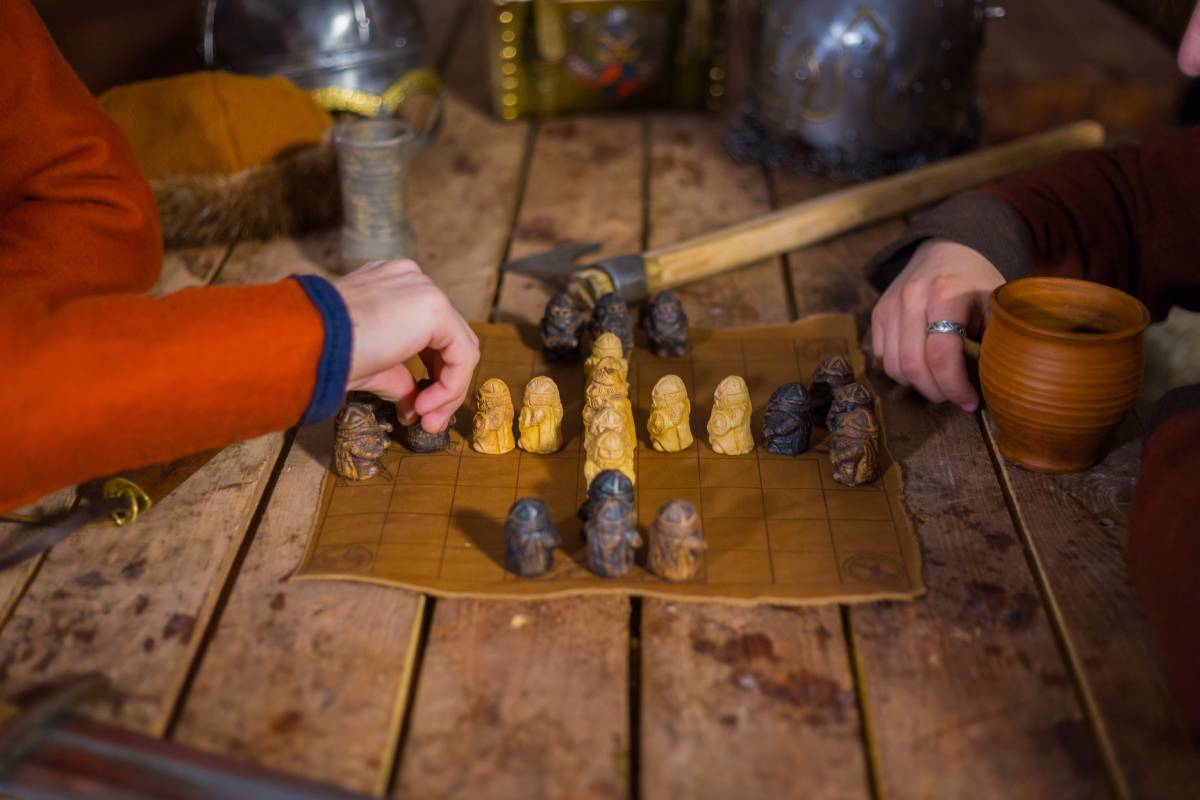 The only found evidence we have of the Hnefatafl game are several pieces and fragments of a board. Photo: happy_finch / Shutterstock

The game became such an intrinsic part of Viking culture that it even made it into several sagas. Boasting was often an important part of societal relations for people living in Viking societies.

In the Orkeyinga Saga, one of the nine great boasts of Jarl Rögnvald Kali Koloson is of his prowess and skill at the game.

Finally, in the Hervavar Saga, it appears that the Gods not only play the game but seem to have some sort of greater knowledge and skill of it than us mere mortals.

In one of his disguises, Odin discusses not only the color of the pieces (consistent with those in the Friðþjófs Saga) but also may mention the use of dice.

Odin riddles, "What is that beast all girded with iron, which kills the flocks?" whereby scholars have interpreted the "beast" to be a die, and the "flock" refers to either the pieces an opponent loses or even the very stakes bet on the game.

What archaeological evidence do we have of the game?

There has been a wealth of archaeological evidence discovered of Hnefatafl. One of the most famous examples of a Viking ship burial, uncovered in Gokstad, Norway, housed a wooden playing board and a single gaming piece made of horn.

Further afield from Scandinavia, boards and pieces have been uncovered at Deer Abbey in Buchan, Scotland, and on the island of Lindisfarne, off the coast of northern England.

What makes the second discovery most impressive and important is that the raid by Vikings on a monastery on that island in 793 CE is usually credited as the starting point of the Viking Age.

The modern playing of Hnefatafl was revived, in 2008 CE, by Peter Kelly on the island of Fetlar, one of the many Shetland Islands – lying between Scotland and Norway.

It is here that the World Quickplay Hnefatafl Championships are played every year. There is a time limit of ten seconds per player's turn, making this a fast-paced and exciting form of the game.

The Shetland Islands have a long Viking history as they were colonized by Norsemen during the early medieval period and were part of the Kingdom of Norway until the 15th century CE.

In 2011 CE, the "World Tafl Federation" was formed. It has been holding an Hnefatafl World Championship event annually ever since.

The Smithsonian Magazine has published an article on the Hnefatafl pieces found on Lindisfarne, available to read on their website here.

Hnefatafl Viking chess
Do you have a tip that you would like to share with The Viking Herald?
Feel free to reach out to discuss potential stories that may be in the public interest. You can reach us via email at hello@thevikingherald.com with the understanding that the information you provide might be used in our reporting and stories. 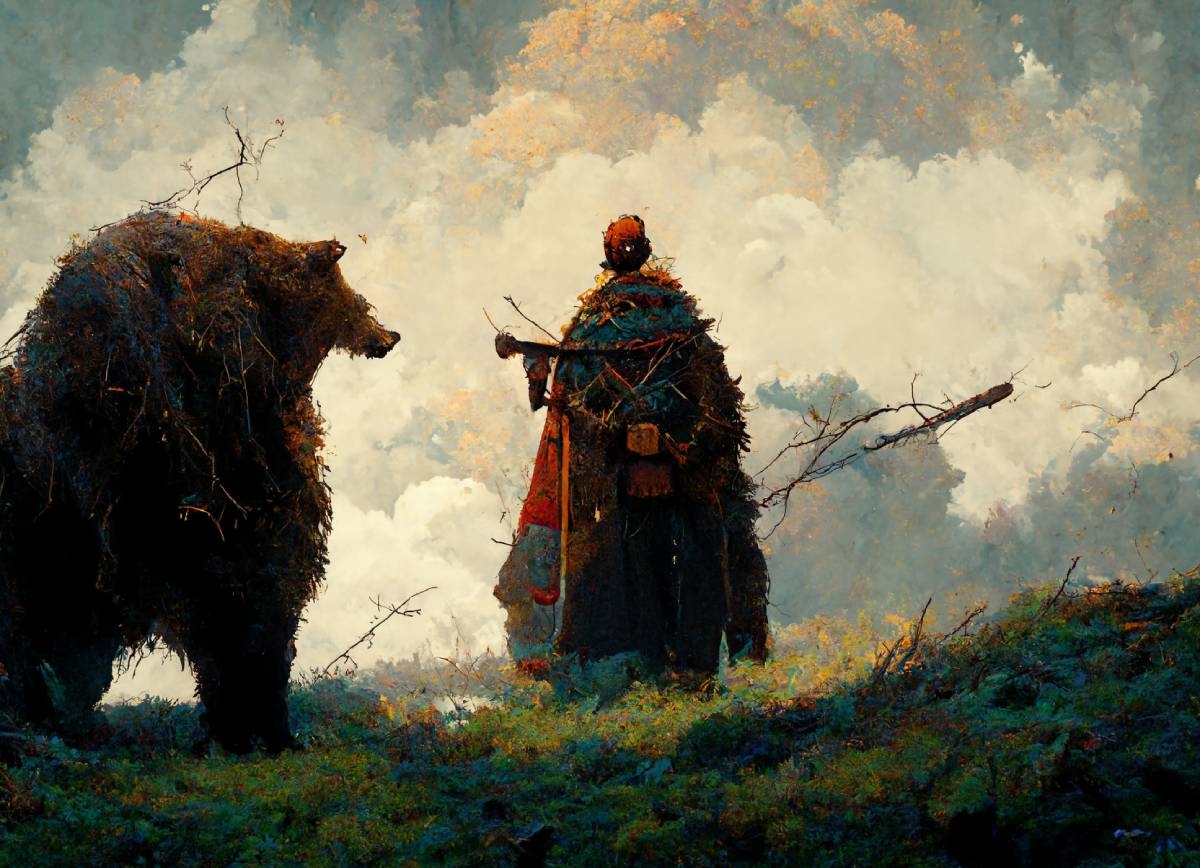 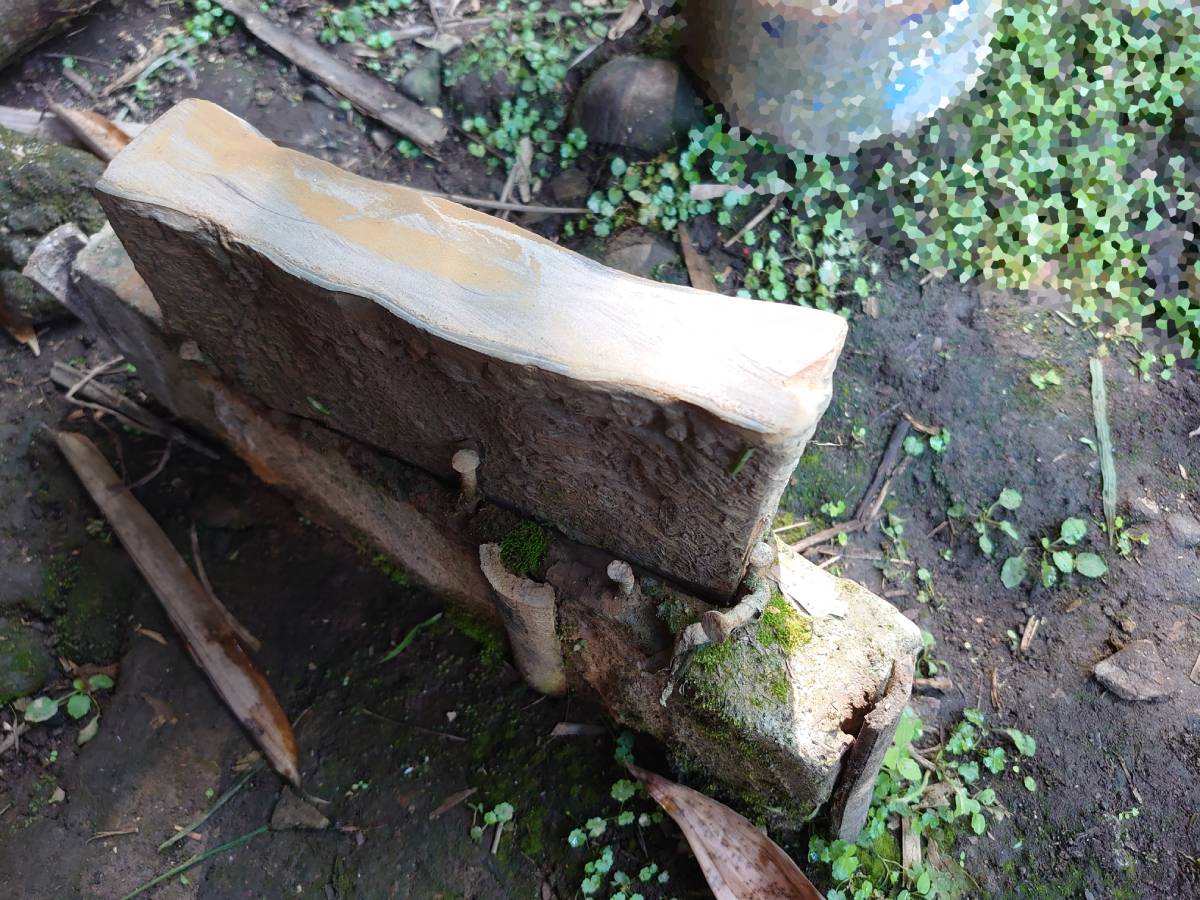 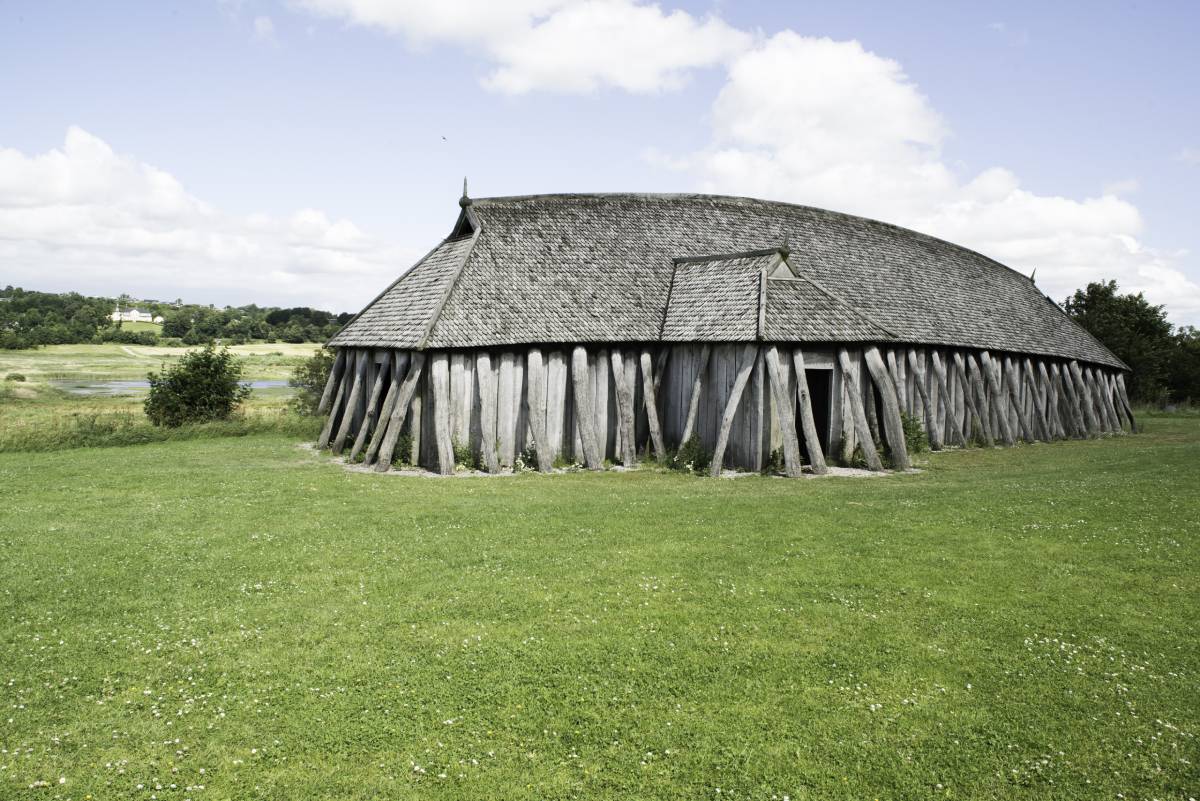